Botto Solar boasts of more than 30 years experience in Research and Manufacture, and has earned a reputation of excellence and reliability. The completion of our Ultra Modern Show room and manufacturing complex in Nakuru, Kenya further demonstrates our solid commitment to serving our esteemed customers.

Solar Street Light used for below projects in Kenya 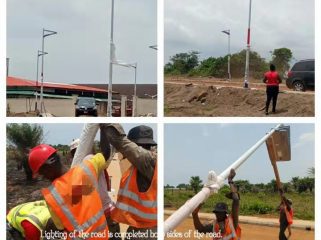 There is an ongoing debate in Kenya’s energy sector because of the growing shift towards solar energy. The leading electricity distributor in Kenya has cited a decrease in revenue as more consumers and businesses are shifting towards solar power.

The proponents of solar energy continue to champion the benefits of this renewable energy source and consumers are shifting to solar power generation, which continues to eat further into the traditional electric distributors’ profits. The high cost of electricity and taxes are the primary motivation to consider renewable energy as an alternative source. As of now, the Energy and Petroleum Regulatory Authority in Kenya has reported that solar energy accounts for 1% of the country’s current electricity mix. And yet, the country’s location in the equatorial zone means that it has high potential for solar energy. Solar is, therefore, looked at as a viable energy source and as part of the effort to achieve carbon emission goals. Despite having the highest exposure to the sun, Kenya is the most underdeveloped in terms of solar PV capacity. The wider adoption of solar energy will require education and training to succeed.

There are plenty of commercial ports in Kenya wherein solar equipment can be transported. Some of them include