ProfHolod company is a manufacturing enterprise offering high quality refrigerating chambers at affordable price.ProfHolod is a major global manufacturer of sandwich panels with polyurethane and polyisocyanurate foam. Since 2005, ProfHolod has brought to the market innovative solutions for smart control of cold and heating. To guarantee the quality of ProfHolod sandwich panels, the R&D Center, established in 2016, controls the composition [...]

Ryazan Metal Ceramics Instrumentation Plant JSC (RMCIP) was established in September, 19, 1963 for the output of the capital and special-purpose products. Currently, it is the only factory in Russia and CIS-countries, producing sealed magnetically operated contacts (reed switches). Production facilities of RMCIP are meant for the fabrication of 200 mln. pcs. reed switches per year. Reed switches are widely applied in the national economy and [...]

Sunways was founded in 2009 and by now has become one of the leading integrators of solar energy products in Russia Our main activities are contract manufacturing (OEM) of solar modules, LiFePO4 batteries, sine wave inverters under the Sunways PV Systems brand, as well as the design and construction of autonomous solar power systems and lighting systems. Many years of experience in the field of solar energy and well-established relationships [...] 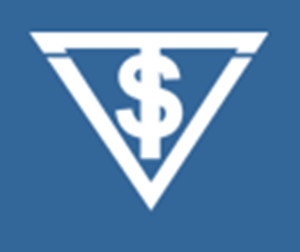 Modern humanity associates its secure future with the development of alternative energy. Efforts of inventors, scientists and engineers are focused on development of green, cost-effective ways of energy production. In March 2014, Solar Systems, LLC joined this market. This company was set up to develop solar power in Russia.

Hevel Group is the largest cells-to-module PV manufacturer in Europe using high-performance heterojunction technology (HJT). Our current production capacity amounts to 340 MW/year. Hevel Group is also the largest investor in solar parks in Russia and CIS – with 1.25 GW project pipeline in different regions. Hevel Group proved to be one of the world’s leading industrial producers of HJT PV cells and modules, with our products being shipped to [...]

DELTA Battery is a Russian brand of industrial batteries. Batteries have been on the market since 2001, and have proven their reliability and high quality at the largest industrial, sports and infrastructure facilities. The DELTA Battery brand offers a variety of battery series optimized for applications ranging from telecommunications and communication systems to uninterruptible power supplies and motor vehicles.