Solar One has evolved from operating purely as a module manufacturer to a full-on project developer, adding an EPC arm to the company in mid-2017.

Solartecc Green Energy prides itself as one of the few Bahraini companies that plan to help society move towards cleaner, greener and renewable energy consumption society which respects to the environment. It is a manufacturer and installer of Solar PV module utilizing fully automatic machines from Italy and customized by Ecoprogetti. 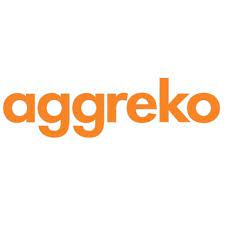 Aggreko is transforming the lives and livelihoods of individuals, organizations and communities across the globe. They have been operating in the Middle East since 1991 and can provide you energy storage and other renewable energy products and services.

Bahrain is actively seeking to expand its renewable energy sector and there is no better proof of it than with the government program called the National Renewable Energy Action Plan (NREAP). The government has also expressed that it is looking to boost the development of new solar power projects, which showcases the country’s commitment to make solar a huge component of its renewable energy sector.

In 2017, the government announced its plans to build a 100-MW high-tech solar power plant. This project was launched in coordination with the private sector. This was just one of many developments that the government was working on to boost the solar energy market and to add diversity to its energy sources.

The long-term target for Bahrain is to achieve 5% of renewable energy in the country’s energy mix by 2025. Given the high amount of sunlight that the country receives on an annual basis, it only makes sense why the government is focused on using solar power as one of its primary renewable energy sources.

There is a good mix of suppliers, manufacturers, and distributors of solar power equipment in Bahrain. It is expected to grow as more investors are going to support solar development in the country.

There are a few options for those looking to transport solar power equipment into Bahrain. You can do this via one of the country’s major seaports: