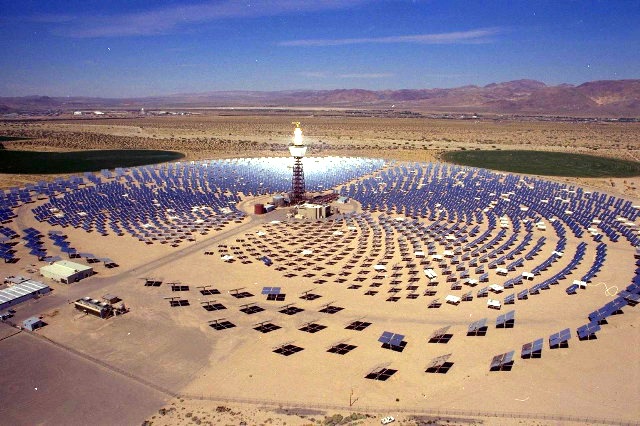 Morocco is embarking on the first of a series of mammoth solar plants that in total will raise renewable energy to 42% of its mix by 2020.

The country plans to build five huge solar plants that all come online in 2020, as well as a string of wind farms along the coast.

The first solar project is now under construction – the world’s biggest concentrating solar project, Ain Beni Mathar plant. The first 160 megawatt (MW) phase is being built by a consortium led by Saudi developer ACWA Power. It should come online in 2015.

Financing for phase one is coming from the World Bank, Global Environment Facility, African Development Bank, European Investment Bank and others.

When all five solar plants are finished the cost will be $9 billion for projects that will produce 2 gigawatts of energy.

Morocco imports almost all its energy, mostly oil and coal. The Ain Beni Mathar plant will replace coal-generation and allow the country to generate revenue from home grown energy for the first time, since it will export some to Europe.

Besides generating clean electricity, Ain Beni Mathar is being used to develop a domestic skill base in Morocco to construct and operate such facilities. It will pave the way for a pipeline of solar projects in Morocco and across North Africa, including Desertec.

“Morocco is ideally positioned to serve European markets and to use this positioning to take a technology and market lead,” says the World Bank.

In 2009, the World Bank’s Clean Technology Fund approved a $750 million Investment Plan for Concentrating Solar in the Middle East and North Africa region. It’s been raising an additional $4.85 billion for projects in Algeria, Egypt, Morocco, Tunisia and Jordan.

Two similarly sized solar plants will soon be commissioned in Egypt and Algeria.