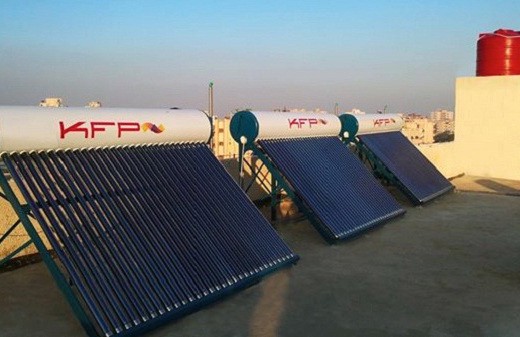 ‘Syria must be rebuilt with solar power, as it is the next revolutionary leap of our time’

Table of Contents hide
I. ‘Syria must be rebuilt with solar power, as it is the next revolutionary leap of our time’
II. Share:
III. Related

The scarcity of fuel in Syria has left many without access to hot water and heating, which is especially harsh during the winter. With the hike in the price of diesel as a result of it being scarce in the Syrian market, many Syrians now suffer continuous power blackouts.

Technical expert Ammar Hamideen has been continuously trying to promote the use of solar power from his workshop in Damascus. Having previously failed to convince people to switch to solar energy, Hamideen says that many Syrians have now embraced the idea as the only solution to the enduring power shortages.

Syria Deeply: When did you start promoting the use of solar power in Syria? How does it work?

Hamideen:Some have been talking about switching to solar power in Aleppo since 2005 and even wanted to go ahead and implement it, even if only on a small scale. In 2009, Qalamoun University launched a project to create electricity from solar power, but it wasn’t put to actual use until now, as a result of scarcity of fuel.