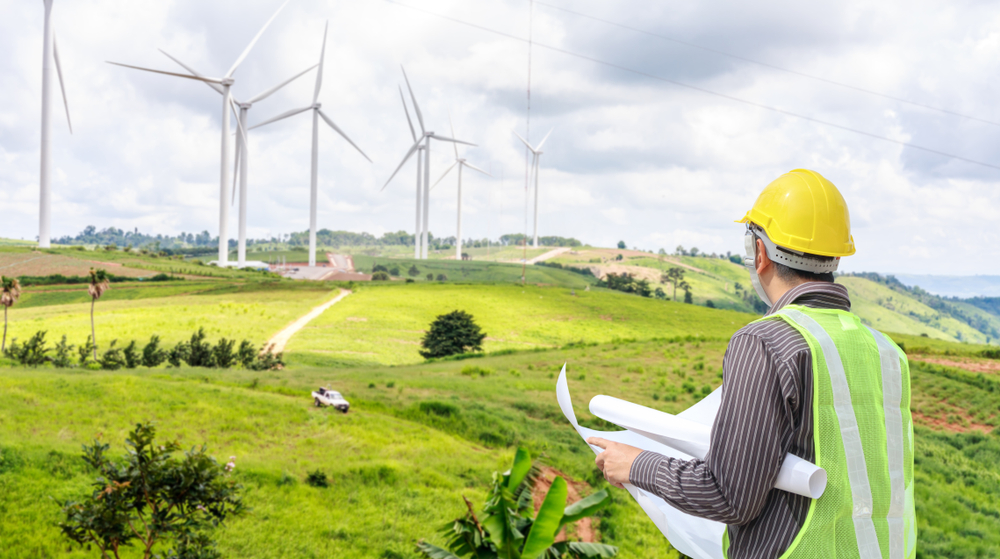 The U.S. wind power industry is growing fast and is now able to power close to 30 million American homes. Projections for the near future anticipate there will soon be enough wind-produced energy for 42 million homes.

Furthermore, the U.S., along with China, has made an enormous impact on wind energy capacity globally.

According to the Global Wind Energy Council (GWEC), new installations planned globally for the next five years to 2023 will be responsible for an additional 330,000 megawatts (MW) of wind energy worldwide. This will take global wind energy capacity beyond 900,000 MW.

An updated Market Outlook report released in September this year reveals that the market outlook has increased by 9,000 MW from the first 2019 quarter outlook and that the U.S. and China have been the main markets driving this volume increase.

Both the U.S. and China are poised to experience an installation boom over the next couple of years, with the U.S. planning to add 6,400 MW of capacity, and China 10,000 MW. This predicted “rush” is explained partly by the fact that China will not have subsidies by 2021, and Production Tax Credits are being phased out in the US.

The GWEC has identified two main trends they say will drive growth beyond 2023:

GWEC CEO, Ben Backwell points out that wind energy has become one of the most “cost-competitive” energy sources available, which he is confident will continue to drive growth in the industry.

However, he says, this wind energy boom is not going to be enough to meet global renewable energy targets required to keep global warming below 1.5 °C. This means it is essential for emerging markets in Africa, Latin America, the Middle East, and South East Asia to establish the frameworks necessary for the propelling growth of the industry further.

The American Wind Energy Association (AWEA) reports that the total installed wind power capacity for the U.S. is currently 97,963 MW and that the country has a total potential wind capacity of 10,640,080 MW. Even if this potential is never fully realized, the industry certainly has a lot of room for growth, and as a result, there is hope that the various wind energy goals will be reached.

While the U.S. Department of Energy’s (DOE) goal for 20% wind energy is 2030, according to AWEA there are already six states – Iowa, Kansas, Maine, both North and South Dakota, and Oklahoma – that are producing sufficient wind power to deliver more than 20% of their electricity.

This is promising for the goals of the 2008 20% Wind Energy by 2030 initiative that identified a “20% Wind Scenario” that would create “a new and expanding wind manufacturing industry” that would produce cost-effective renewal energy from domestic resources.

The Wind Vision report also draws attention to the fact that fossil fuel prices are continuing to increase and there is a growing need to replace ageing power infrastructure.

A detailed roadmap to a cleaner, low-carbon economy is central to the Wind Vision report and detailed sub-actions and recommendations for improvement were included in the updated 2017 report.

Without a doubt, professionals from all the U.S. states and cities are going to need to come on board to ensure the U.S. meets its milestones. This includes companies operating in the wind power industry as well as New York, Sacramento, Helena, Bismarck, and Chicago engineering firms.

The U.S. is a vast country with variable climatic conditions in different areas, and so some states have better locations for wind power than others. For this reason, wind farms and the wind turbines that go with them must be positioned carefully.

Generally, wind turbines work best on open plains and offshore in water, in mountain gaps that funnel the wind and intensify it, and on the top of smooth, rounded hills. Ideal average annual wind speeds for small wind turbines are at least 9 miles per hour and for larger utility-scale turbines, around 13 miles per hour.

Average wind speeds vary tremendously across the U.S. not only from season-to-season but also in different parts of the country.

For example, the wind blows a lot in parts of California, which was a world-leader in modern wind power initiatives in the late 1970s and early 1980s. But it is affected by the extreme heat of the Mojave Desert, so the wind blows more often between April and October and it is usually more windy in the afternoons, particularly in the areas where there are many wind turbines. By comparison, in Montana, there are more intense winds in winter.

As the U.S. Energy Information Administration (EIA) points out, these seasonal variations match the electricity demands of those living in the two states. In Montana, consumers use more electricity in winter (to keep warm) and in California, they use more during afternoon summers (to keep cool), so the wind patterns work well. This applies to other areas too.

In general, there is tremendous potential for wind power generation off the U.S. coasts. The U.S. DOE released its National Offshore Wind Strategy in 2011, and in 2012 three offshore projects were chosen as part of a $168 million initiative.

Offshore Wind Farms in the U.S.

Even though there are at least 11 European countries that already operate offshore wind energy projects, the first connected offshore wind turbine in the U.S., a floating concrete platform, was deployed by the University of Maine in 2015. The first commercial U.S. offshore wind farm a pilot project with just five wind turbines started operating off the coast of Rhode Island in late 2016.

In May this year (2019), a contract for the world’s largest offshore wind farm was granted in Massachusetts, and this will be built off the Martha’s Vineyard coastline. In June, the Rhode Island Public Utilities Commission approved a Danish 50-turbine project between Montauk, New York, and the Vineyard.

But there are environmental concerns about offshore wind farms, particularly in terms of their impact on the fishing industry and ocean ecosystem.

Even though there are six states that are producing 20% of their own electricity with wind power, this doesn’t mean they necessarily rank in terms of wind capacity. In fact, only two of them, Iowa and Oklahoma, are in the top five states with the greatest wind capacity this year.

Illinois comes in at number six (4,887 MW) while New York is lagging with a wind power capacity of just 1,987 MW. But then some states, including Alabama, Georgia, South Carolina, and Florida don’t even feature, even though all 50 U.S. states do have wind farms.

AWEA reports that all 50 states had a combined installed wind power capacity of 97,960 MW during the second quarter of 2019 with 57,000 wind turbines operating in 41 of the states and two of the five main territories. During the second quarter alone, new wind power capacity increased by 736 MW – and it more than doubled (53%) during the first half of the year compared with the first half of 2018.

AWEA’s most recent annual report revealed that wind power in the U.S. supports more than 114,000 jobs nationally, as well as 500 American factories, and brings in more than $1 billion each year for communities and states that host wind farms. These positions range from scientific to structural and offer jobs for a range of people from unskilled workers to those who offer engineering solutions in Chicago, New York, or any of the many big cities in the U.S.

Interestingly, Iowa, Kansas, Oklahoma (three of the states that produce more than 20% of their own power from wind), and Texas (see below) reportedly produced more than half the wind turbine-generated electricity in the U.S. in 2018. But California has more wind power capacity than Kansas, and more wind turbines than Oklahoma and Kansas combined! But because California’s wind turbines are shorter and older than those in the other states, they generate less wind power.

In the beginning, California took the lead in terms of wind power in the U.S., largely because of tax credits for wind turbines that encouraged the use of renewable energy. Implemented in 1981, these expired in 1986, and from being a world-leader in terms of wind-generated electricity, producing 30% of wind-generate electricity globally, California slipped to fourth in rankings for wind-power installations in the U.S. Texas is now the undisputed leader nationally.

AWEA has published a series of downloadable fact sheets that contain wind energy facts, including benefits and policies, that relate to the 50 U.S. states. Here are some snippets that relate to the leading states, all already mentioned, including the five that delivered more than 20% of all in-state electricity production in 2018:

There is no doubt that the U.S. wind industry is not only making clean energy available in an increasing number of states, it is also providing economic investment opportunities and employment. A growing source of power, it is still in its relatively early stages, but, with solar power, it is set to become an indispensable form of renewable energy.

Michael Tobias is the founder and principal of New York Engineers, an Inc 5000 Fastest Growing Company in America. He leads a team of 30+ mechanical, electrical, plumbing, and fire protection engineers from the company headquarters in New York City, and has led more than 1,000 projects in New York, New Jersey, Chicago, Pennsylvania, Connecticut, Florida, Maryland, and California, as well as Singapore and Malaysia. He is passionate about sustainability and renewable energy.