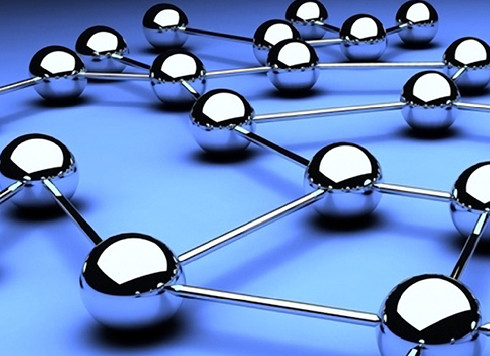 Everyone is towards being the leader on everything. Talk about globalization, every country wants to take the lead and become the leading country. Because of this, workforce and industrialization are set on fire with no reasons to hold back, and with no slight regret if there are other concerns being detoured. And by that concern, we mean—the environment.

On a smaller scale, people are also living in a swift running life; all aiming to live in the middle of a developed city, and attain the popular trend of contemporary living. These trends of condominiums, high rise and technological buildings seem good but the adverse effects of it to the environment are nameless and distressing.

Whether through a big picture or a smaller one, people tend to evade the environment which is the beginning all and end all of human being’s resources and wealth.

Weighing The Progress, Forgetting the Losses

All countries in the world are contributing to climate change through carbon emissions. Carbon emissions are known to add up to global warming, and therefore affecting the change of climate in the world. In 2008, global CO2 emissions from fossil fuel combustion and some industrial processes, many of the world’s highest carbon emitters are large and developed countries.

China ranked first having emitted 23% followed by USA with 19%, Europe having 13%, India has 6%, Russian Federation having 6%, Japan has 4%, Canada having 2% and the remaining 28% come from other countries.
China has undeniably developed for the past 30 years. From the past years, poverty in China was alleviated and economy has dramatically changed. Hence, together with this development, industrialization, urban improvement and economic growth is the continuous threat on hurting the environment. And truly, that is what is happening today.

According to the Ecological Footprint Report of WWF, ecological footprint can be measured through individual consumption and as of 2008, China’s ecosystem cannot give all the demands of Chinese citizens which as of 2008 has reached 2.5 times on what can only be naturally provided. This scenario of consuming resources from the environment without renewing the resources is happening in China in the 70s, so what more now.

With regard to USA ranking 2nd in the world’s highest carbon emitters, industrial sources are one of its main causes followed by transportation, commercial sources, residential sources and agriculture. This carbon emission is only a factor to the wider problem of environmental footprint. When it comes to use of resources such as food and water, USA consumption is continuously rising.

Nonetheless, the United Nations Framework Convention on Climate Change has set limits on carbon emissions per country through a project called Kyoto Protocol. The Kyoto Protocol was signed by a total of 192 countries even if this project mainly targets 37 of the largest carbon emitting countries in the world. Despite of the good cause of the UNFCCC, China, USA and India never signed to it. Japan and Canada, on the other hand, refused to sign in the second phase of the Kyoto Protocol.

Russia, also one of the most industrialized countries in the world, and also one of the countries who refused to sign in the second phase of the Kyoto Protocol reasoned economy and unseen results on stopping climate change as the causes of not signing. In a Reuters report, the Foreign Ministry spokesman Alexander Lukashevich was quoted saying,

“The Russian Federation finds the extension of the Kyoto protocol in its current state ineffective and does not intend to take on obligations to lower greenhouse gas emissions as part of the so-called second round of liabilities.”

UNFCCC’s goal of Kyoto Protocol is to decrease the continuous rise of global temperature. Mainly, it targets to limit the rise of temperature to less than two degrees Celsius only per year. However, with the refusal of the countries with the highest carbon emission in the world, the targeted degrees of temperature increase is impossible. Awaiting a hotter world in the next years due to global warming is an understatement.

The Paradox Story of Technology Saving the Environment

Human beings are the guardian of nature, some people say. People are not only living on Earth to savor its resources but also to take care of the resources given to them, and make sure that whatever they enjoyed can also be enjoyed and passed on to the next generation of human beings. Given the fact that human beings are thinking beings and are littered with ostensible revolutionary ideas, men have created technologies that will never lay down its arms for the sake of the environment.

In the 2012 Invention Awards of Popular Science website, Frank Will’s invention, Over7, was one of the winners. Frank Will is a German motorcycle racer who has been racing since his teenage years. Because of his observation on the smoke emission and fuel combusting of his motorcycle, he has thought about inventing a more environmental friendly one in the form of his current invention Over7. This invention requires less gas which therefore lessens the emission of carbon. There are other characteristics of the said invention which all boils down to it being environment friendly.
There are many similar inventions like this which range from a solar-powered boat to a solar-powered movie theatre to green architectural designs. But the question is, do they really succeed on reaching their purpose of saving the environment on the least? They may be, on some cases, but in other cases, technology which are known or are supposed to be environment-friendly do more harm than good.

In a recent study about a self-cleaning pollution-control technology, which can be found on paints, was found out to do more harm than good. Supposedly, the titanium dioxide content of the paint must reduce the harmful chemicals expelled in the air. However, studies show that instead of doing so, the titanium dioxide content of the paint converts ammonia content of air to nitrogen dioxide which is known harmful for the ozone layer.

Many house builders are choosing this kind of technology in building their houses not only to avoid the bad odor, but also because of the promise that this technology helps aid the destruction of the environment or of the ozone layer at least. Nonetheless, consumers do not know that instead of giving a good contribution, they are making the ozone situation worse.

Another basic example of this kind of technology, which causes more harm than good, is the agricultural pesticides. These pesticides are supposed to make people reap good crops but instead of that, they reap fruits and crops which can cause them bad health. In men’s aim to reap and address the issue of hunger and sustainability with fast growing crops and fruit trees, they circumvent the issue of heath. Many other technologies from basic to grand have the same situation. Many think that they are helpful for the environment, but the truth is they are not.

The Possibilities of the Seemingly Unfeasible Cutback

The recent cases and situations have shown that in the present society, environmental concerns are of lesser priority compared with economic and development concerns. As shown, many developed countries did not sign in the Kyoto Protocol not only because of their skeptic thoughts on its feasibility but also because of their concern with their economy. Industrialization seems to be an unstoppable and inevitable concern when addressing the concerns of the environment.

Nonetheless, in the current report of WWF, it is said that China is on its way on reducing its environmental footprint. Now, China is having a five-year plan for green development in its urban cites and other significant target places in the country. While there is a boom of economy in its major cities China can still achieve environmental friendliness through this plan. Now, China can yield both urbanity and environmental care.

More than that, China’s vow to decrease its environmental footprint does not only affect its own carbon emission, but also affect those of the world, so not matter how small this is; it makes a difference.

With regard to technologies being the downfall of environment, and ironically also the fallback for there are many inventions said to save the environments—although there are inventions which are harmful than good, there are still the good ones. And besides, once a product is proven to cause more harm than good, inventors must see this only a s room for improvement. On the other hand, if they find a technology or invention effective, continuous advertisement to it must be done.

In the end it is still a question whether this age of development will save or ruin the environment. Subsequently, it is another question if it is only to save or ruin because there might be something in between. So which is it? Save? Ruin? Or is there something else? Will the technology raise its white flag for environments and humanitarian survival?

Editor’s Note:  Thanks to Jona for this nicely written piece, and especially for her references to cleantech innovation, and the numerous investment opportunities it provides.