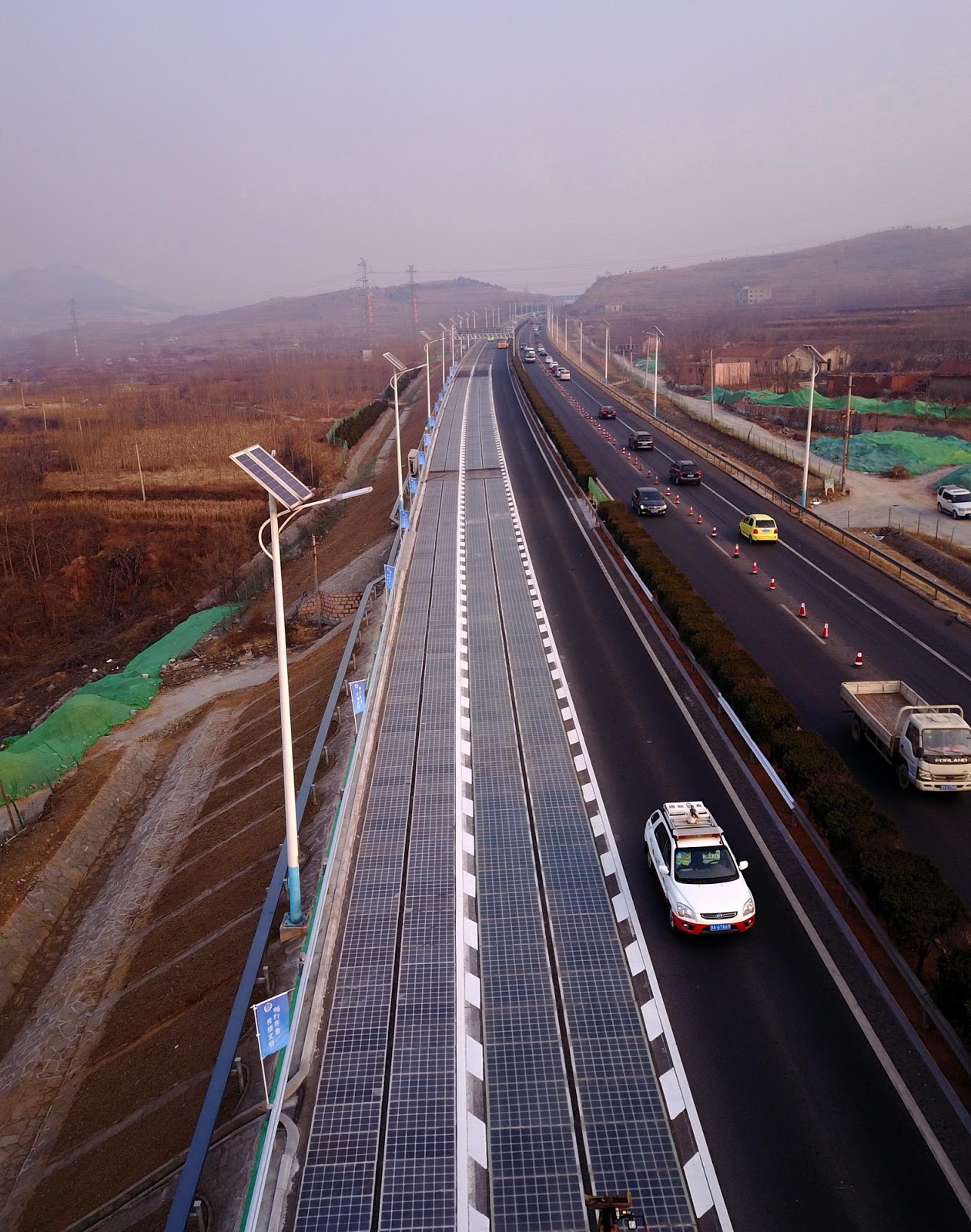 Skyrocketing CO2 emissions are quickly changing our climate lives from bad to worse. The threat of global warming is now more realistic than ever before and even the most stubborn climate change negativists are starting to see this. The global response has to be swift, we must go green, as for now the future looks miserable and  alternative is misery or, in the worst-case scenario, we will face extinction.

To make things even worse, our energy demand is growing exponentially and to meet it we have to turn to renewable and sustainable energy solutions. Not in 30 years and not in 10 years. By that time it may already be too late. We must act now as there is no planet B.

Solar energy is getting more and more competitive

A wide variety of supplies to our energy demands exist, among those are nuclear power, which can hardly be called ‘clean energy’, despite being much safer than before, hydropower, vibration as well as photovoltaic energy. Those hold the most potential to power our homes, workplaces and, hopefully soon, transport. Unfortunately, hydropower is not available everywhere and vibration power is in its infancy.

Fortunately, we have an abundance of clean sunlight energy available daily. Its prices are getting competitive too. Solar power will soon become the cheapest source for electricity production. But it needs space. A lot of space. We need more solar panels than roofs of all building can safely accommodate. So, maybe we could just put more photovoltaic panels in the countryside? Not really. We are trying to save our environment here, not contribute to making things even worse.

Luckily there is a simple solution. What all developed countries have in abundance are roads. The amount of surface of roadways is enormous, just the UK alone has a network of about 422.000 km (262.000 miles)! If we could double that space as solar panels, we could harvest enough power to be able to shut down coal-power stations (like Polish Belchatow Power Station, which is the largest CO2 emitter in Europe) or stop the use of diesel cars. And it is estimated that if turned into solar panels, US road could produce over twice the electricity that the country currently needs. In other words, switching from tarmac to solar panel roads could theoretically solve all of the energy crisis problems we are facing at the moment. It would also help defeat the most serious challenge we are facing right now, which is climate change.

Solar roads, or as they are also called photovoltaic roads, are special solar panels, designed by Scott Brusaw, to be walked on or driven over. They are not widely available for highways, they are being set up on parking lots and roads with low-density traffic.

The Structure of a Solar Highway

These photovoltaic panels consist of several elements: microprocessors, which make them smart, as they allow the panels to communicate with a central control station, heating elements to prevent accumulation of snow and ice, and LED lighting to create lines and road signs without the use of paint.

The panels are made of tempered glass that is supposed to support the weight of heavy vehicles with a treated surface similar to asphalt.

The entire structure lays on any pre-existing asphalt road or alternatively on an appropriate support made of recycled materials. Each panel is made out of separate layers:

This type of road costs about $458 per square meter, and can purportedly handle 10 times more pressure than standard asphalt.

The aforementioned fact that there is so much road surface is precisely why many countries have came up with the idea of constructing solar roads. China, France, and the Netherlands have already made their first steps on the path to the introduction of solar roads. As with everything new, some problems need to be overcome. To be efficient, these highways must be kept clear of snow and dirt. Road dust, tire dust, and diesel exhaust fumes all seem to be the greatest problem, as they might obscure panels and decrease their power output. Panels must also be durable and reliable, as no driver would like to see a panel crack underneath their vehicle. Luckily those issues are already being successfully addressed!

Some people complain about efficiency, but here the case is straightforward. We are already able to harvest 44,5% of solar energy, transforming it into electricity. And while it is true that at the moment there’s a price tag attached, hasn’t this always been the case with prototypes? As we produce more, the cost per unit always drops. And with experience comes better quality, fewer faults, and less maintenance.

Solar is a great way to power smart highways

Another benefit is that solar roads will be an excellent way of powering smart highways, which are the future of transport. They will contribute to greater safety, fewer traffic jams, and better fuel efficiency. And we all need that, especially given the number of road traffic accident victims every year. We can’t get rid of cars and trucks, so we must improve our highways.

So far scientists agree that implementing solar roads might not be a good idea in cities. They are very often dug up because of underground repairs and maintenance such as water pipes or electricity cables. Another reason being the fact that high buildings obscure the sun and would greatly affect photovoltaic efficiency. That is why so far efforts have been concentrated on solar highways outside cities, where they are thought to be much more beneficial.

Unfortunately, placing photovoltaic panels on roads, like any other new technology, creates certain issues. The major roadblocks to solar highways that need to be addressed in the future are:

The French project is often brought up by solar highways opponents as an example of a failure. They forget to mention, however, that most problems which arose there, could have been easily foreseen and prevented. Unfortunately, engineers didn’t do a very good job at the project and evaluation level, which eventually resulted in a failure.

France announced its project, called Wattway, in 2016. In the same year a 1 km (0.6 miles), 2,800 square meters solar road was constructed in Tourouvre-au-Perche, a village in Normandy. About 5 million euros were spent on photovoltaic cells, that were supposed to provide power to nearby homes.

Unfortunately, as mentioned earlier, it seems that engineers were far too optimistic in their calculations and to make things worse, didn’t take into account several factors that eventually contributed to extensive damage to the solar road. At its peak, just after the construction had finished, cells produced only 50 % of electricity output goal, which was set at 150.000 kWh. And that number dwindled over time, mainly due to wear and tear.

Even though the solar road was supposed to be durable, engineers were thinking more about cars and trucks, not agricultural tractors in a region that is full of farms. On top of that, thunderstorms, as well as leaf mould, contributed to an increase in wear and tear. What can’t be comprehended is why exactly was Normandy chosen as a site for this sort of project. Area of Tourouvre-au-Perche gets a little over 40 days of sunshine per year, which should be a very good indicator that it wasn’t the greatest location in the first place.

Due to so many mistakes made during French Wattway project, one could hardly consider it an argument against solar highways. It was simply a typical, bureaucratic waste of time and taxpayers’ money. If constructed for example in Marseille, a city that gets about 264 days of sunshine per year (that is 6 times more than the original site), things would most likely have been very different. Nevertheless, it is a good lesson for the future and analysing the mistakes will help to improve prospective problems.

Things look much different when we take a closer look at the Netherlands’ solar road that was opened in Amsterdam in 2014. Solar bike path connecting two suburbs of the country’s capital is just 70 meters long, yet it produces enough power to supply three households with electricity all year round. And that is more than was expected initially! It seems that Dutch engineers had been more farsighted than their French colleagues. The solar road for bicycles in Amsterdam is made of crystalline silicon cells, layers of glass, silicon rubber and concrete, and apparently is durable enough to support fire engines with a weight of over 12 tonnes. At night this path lights up, consuming only energy accumulated at daytime, and guides cyclists, displaying images inspired by Vincent Van Gogh’s famous painting, Starry Night. The lifespan of this project is said to be about 20 years, which is more less the same as with most rooftop solar panels. Average power output per year is 70 kWh per square meter which is a very good efficiency.

For every unsuccessful project, there is another, that proved to be a success. Opponents of solar highways are, unfortunately, cherry picking, constantly omitting examples of roads that successfully double as solar panels. However, they fail to see a broader picture and criticize bold plans to provide mankind with clean energy, basing their judgements only on some initial failures. And solar highways can be so much more than just a new way of installing photovoltaics!

The opportunity we should see here when it comes to solar highways is combining the capabilities of photovoltaic with harnessing vibration energy. Both scientists and engineers are already looking into that possibility and they are moderately optimistic. Piezoelectric devices working together with photovoltaic will be able to operate around the clock, harvesting not only solar power but also converting mechanical strain energy of road traffic into electricity.

This solution seems to be much more efficient and reliable than solar roads alone. It is imperative, however, that we remember about the time needed to go from early prototypes to trial series, to mass production. It will not happen overnight. It will probably not happen even in one year. Realistically speaking, there will be many problems on the road to smart highways that can produce so badly needed electricity without putting a strain on our environment. The ultimate goal is, however, within our reach, so let’s not be disheartened by early setbacks. Instead, let’s listen to the voices of scientists and engineers who have a vision and a mission.

There is no alternative to cutting down on fossil fuel energy. Supply of coal, gas and oil will eventually dwindle, but long before that happens, global warming, triggered by growing CO2 emissions, will turn our lives into a nightmare with rising sea levels and smog, choking our cities. We badly need sustainable energy solutions, that will preserve our world for generations to come.

Solar power is an obvious answer as we will always have it in abundance. To harvest it, however, we need a lot of space and solar roads seem to be the best answer, especially when coupled with piezoelectric, for better efficiency. We’ve come a long way already, but if we want a bright future for ourselves and the next generations, then this journey is far from over. Solar roads are the answer. They will provide us with cheap and clean energy we need. That’s why we mustn’t let some initial problems obscure the benefits we will be able to reap. Let’s go down that road for ourselves and for our posterity.

Giles Kirkland is an automotive industry researcher and writer. He focuses on the technological, scientific and sustainable aspects of the automotive. As the world evolves faster than ever, he enjoys keeping track of all current developments and sharing his knowledge and experience with other motoring and technology enthusiasts across the globe.

Previous ArticleAdvantages and Disadvantages of Different Inverter TypesNext ArticleHow to test a solar panel with a multimeter?