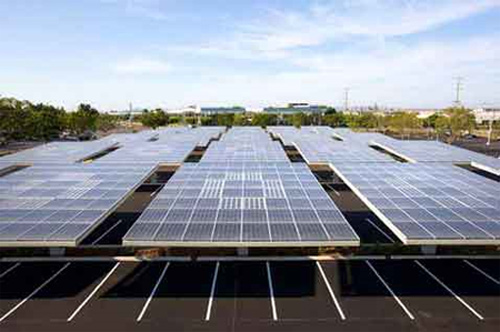 Solar PV revenues and module prices are predicted to slightly stabilize in the second half of 2013 but not after more declines over the next several months, according to a market research report released this week from IHS. A new solar PV module shipment record of 11GW was reached in the fourth quarter according to the IHS Solar Integrated Market Tracker. Regardless, the report also indicates that a major recovery in prices is not likely to occur before the second part of this year.

IHS forecasts 35GW of global installations to occur in 2013, which would be a slight increase of 10 percent over 2012, missing prior industry estimates. Moreover, the third quarter of 2012 showed major declines in solar installations in Germany, which was driving the overall global market in years past. Official figures by Germany’s Federal Network Agency stated solar PV module installations showed a nearly 40 percent reduction to 611MW in October from the prior month.

According to data from market research firm ENF, solar module selling price declines in 2012 had forced over 350 companies across the solar supply chain in China out of business last year due to stiffer trade practices and general oversupply. In addition, the ENF report noted that nearly 300 companies globally exited the solar industry due to bankruptcy in 2012, reducing the number of players to approximately 700. Solar PV equipment spending for module production was particularly hard hit in 2012, as capital expenditures fell 72 percent, according to NPD Solarbuzz.

On the bright side, price declines slowed during the fourth quarter. Record-level shipments paired with stabilizing prices drove a significant recovery in revenues. According to the IHS Solar Integrated Market Tracker, fourth quarter 2012 module revenues increased by 42 percent quarter-over-quarter, reaching $8.5 billion. This offers a glimmer of hope for a recovery in the solar industry beaten down over the last several years due to the cancelling of government subsidies and the weakening pledge for comprehensive climate change or renewable energy policies globally or in top energy consumer countries.

The first quarter of this year is expected to follow the trend of prior years showing a seasonal slowdown during the cold, winter period, which can inhibit installations and rooftop access, which will drive solar PV module prices down further. Therefore, additional pressure will be put on financially insecure participants in the market leading to more consolidation. It is essentially the survival of the fittest in the solar industry, but those who have endured the downturn over the last several years will be able to capitalize better than otherwise on a leaner supply chain and more favorable inventory levels thereafter.

For more info: In order to anonymously receive FREE email alerts on future green electronics technology and business articles, please subscribe on my homepage and/or follow me on Twitter.