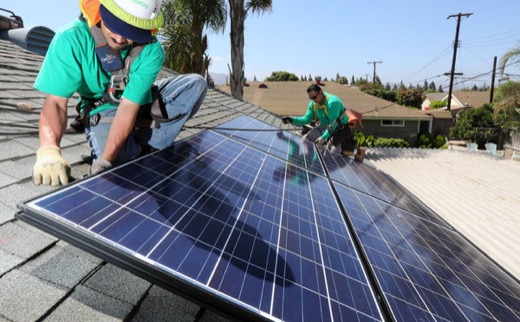 For years, homeowners who bought solar panels were advised to mount them on the roof facing south. That captures the most solar energy over the course of the day, which benefits the homeowner, but does so at hours that are not so helpful for the utility and the grid as a whole.

Mount them to catch the sunlight from the west in the afternoon, and the panels’ production over all would fall, but it would come at hours when the electricity was more valuable.

But that idea is slow to take hold. A new study of 110,000 California houseswith rooftop solar systems confirmed that a vast majority of the panels were pointed south because most of the panel owners were paid by the number of kilowatt-hours the panels produced. Pointing them southward maximizes production over all, but peak production comes at midday, not in late afternoon, when it would be more helpful.

Previous ArticleWith Diesel Scarce, Syrians Turn to Solar Power as an Emerging Energy OptionNext ArticleRooftop Solar Cost Competitive with the Grid in Much of the U.S.