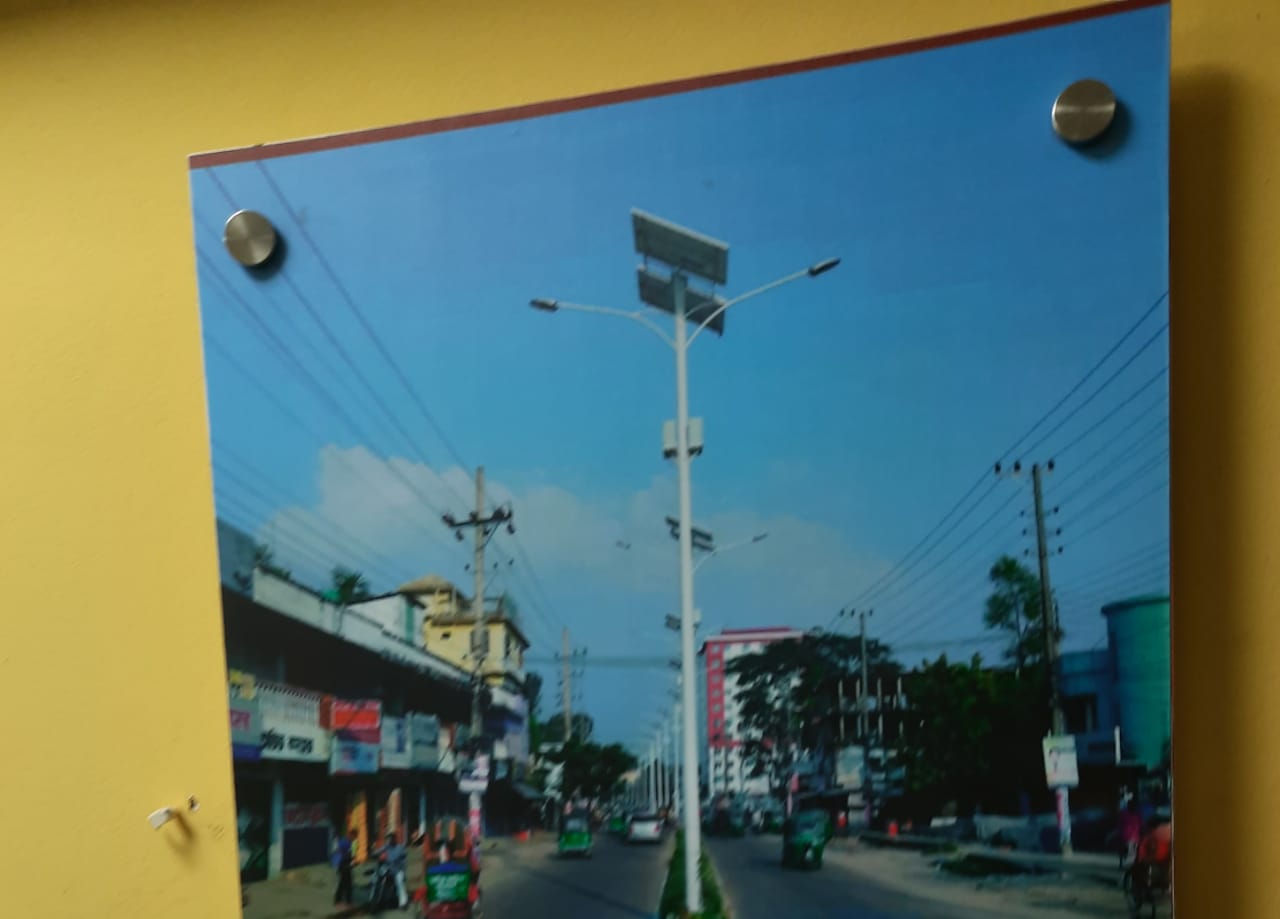 One of the biggest advantages of a solar street light is that it doesn’t need any other power supply equipment. So, the local government doesn’t need to worry about the installation of other complex equipment. In addition, it is easier to install and does not require complex wiring.

So, what’s the catch then?

Unfortunately, there are now mixed suppliers in the solar street lights industry, both good and bad.

To get more business, some greedy manufacturers produce low-quality products with shoddy standard parameters, causing a large number of performance issues which lead to many people opting for electric street lights instead of solar street light products.

A Bangladeshi distributor recently complained to the reporters that a batch of split solar street lights which he bought from Zhongshan City, China, caught fire after installation within only 1 year.

To make matters worse, the manufacturer could no longer be found. His clients were very angry with him and would no longer trust him and his reputation which he had maintained for a very long time was destroyed.

He reported that he lost a lot of money, but to compensate his customers and regain his reputation, he must find a high-quality manufacturer instead of employing the cheap ones like he used to.

So what went wrong? From the screenshots of the chat, it can be seen that:

After disassembly, he found recycled ternary li-ion lithium battery and dilapidated circuit board

The specifications of solar panels written by the manufacturer is 280WP and battery 90Ah, but after the disassembly, it can be seen that the actual solar panel is only 50W and battery 10Ah.

It can be seen from the run-down appearance that the battery used is not the lithium iron phosphate battery claimed by the manufacturer, but a left-over disassembled ternary lithium battery (cell 18650, 3.7V, 2.6Ah).

Furthermore, the 50W solar panel is too large for the 10Ah battery. Either the manufacturer is unprofessional or he purposefully makes the solar panel look larger to scam his customers.

Then why did this distributor buy them in the first place? The answer is simple: it’s cheap.

In 2018, a Spanish engineering company purchased 1,700 sets of split solar street lights from a solar street light factory in Xixiang District, Shenzhen city. After a little more than a year of installation, a large number of street lights broke and required constant repairs and maintenance.

1,400 sets of solar street lights were installed on a national highway in Haiti broke down within one year.

A good quality factory quoted a minimum price of 1,300 RMB per unit, but the Pakistani female senior officials demanded 900 RMB per unit, the factory refused as the price was not enough to buy the required materials.

Meanwhile, another factory promised that it could be done for 900 RMB, and even gave the senior woman a “kickback” commission of 200 RMB per unit, leaving the price of solar street light products to only 700 RMB per unit. How was that possible? To cut costs, the supplier used cheap material of poor quality.

It turned out, nearly all 40,000 sets of lamps were broken in less than 6 months. This high-level female official was arrested and has been in jail ever since.

In the middle of the Mexican highway, several street lights are installed, but every single one of them flickers frequently. The road looks very frightening at night.

To summarize, buyers need to be aware of these bad practices.

For example, if the pole of the solar street light is kept too high, the light range will be too wide which will result in the light being dull and wasted.

Here’s an example: poor installation instructions were given to customers:

Solar panels shouldn’t be placed under some shades

On the other hand, if the pole is kept too short, the light will be too concentrated and bright. It will also not cover the required area and some spots on the road will be left in the dark.

In addition, if the voltage of the street light is too low, the light will be very dull while if the voltage is too high, it will cause wastage of light, over-brightness and higher bills.

Blocking the customers and disappearing

These manufacturers know that they are scamming the customers but these frauds still tell them the wrong specs to get money from their pockets.

How to pick good suppliers?

However, not all Chinese solar street light products are bad of course.

There is one thing in common among all these stories mentioned above: the buyers all went for astonishing low prices. It might sound like common sense that low prices can’t buy high quality solar street lights, but a lot of buyers still think they might get lucky.

The distributors should choose a quality solar street light factory they can fully trust and connect with in case they are unsure about something.  Doing this is not only a good monetary investment but will also save them a lot of trouble in case they have some concerns or questions regarding the products.

Antonion is a Senior Engineer of solar street light with 10 years industry experience. He’s a manager at Shenzhen Moonlight Technology Co., Ltd., which was established in 2010, has been committed to the research, development, production and sales of solar street lamp series products for many years.