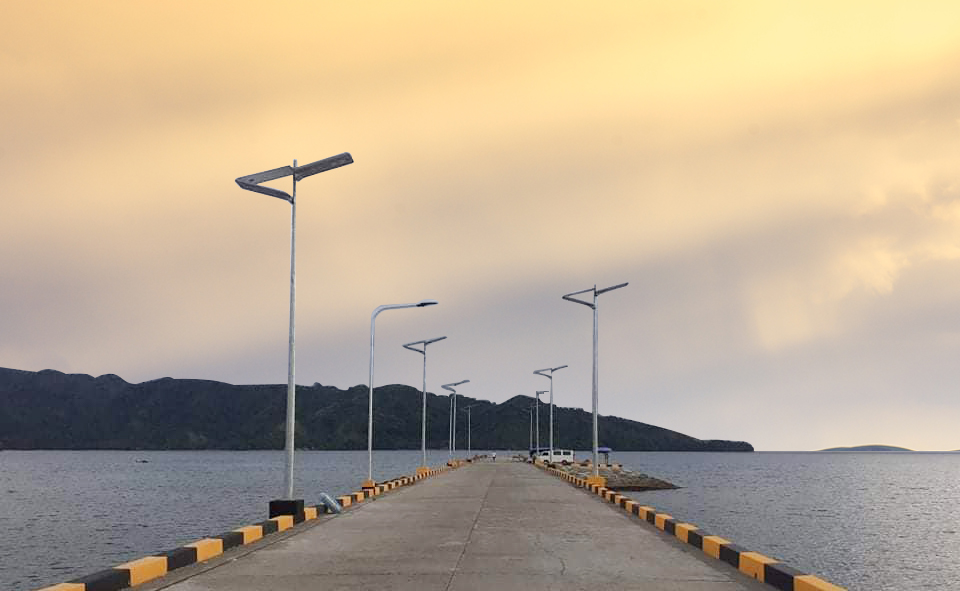 Due to the multiple commendable benefits that solar street lights can provide to their users, it becomes more evident nowadays across different states and other countries outside the United States. Aside from not being connected to the electrical power grid, which avoids you from hefty electricity bills, it also consumes less energy with the help of state-of-the-art modern technologies that manufacturers used to build it. No doubt that people are eventually switching to these street lights or using them as a good alternative to the traditional street lights. The questions now are, how much does integrated solar street lights cost? Is it worth your investment?

In today’s article, we are going to give you an idea of how much these solar street lights with poles cost and why it is better than the traditional street lights that you have right now?

From the word itself, street lights are generally a light source mounted on any lighting structure, walls or commonly integrated with a pole producing light from solar energy to brighten your dark streets. Solar street lights provide light sources which are generated and powered by photovoltaic solar panels. Its photovoltaic panels emit natural light from the sun then convert it into solar power. Generally, it uses a rechargeable battery, which stores solar energy and powers either an LED or fluorescent lamp to produce light at night.

How do Solar Street Lights Work?

Integrated solar street lights are light sources that are used outside to light the streets. They are usually integrated into a pole or mounted on street walls and other lighting structures. These lights are composed of solar batteries and photovoltaic panels, which charge the battery to power the LED lamps or fluorescent light at night. Generally, the battery-powered solar street light is a standalone system that stores and generates energy emitted by the photovoltaic solar panels. Each street light type is made with dusk to dawn sensors, making the lights turn on automatically when the sun goes down and turn off automatically when the sun is up. During the daytime, the solar street lights are charging and storing enough solar power.

How Much Do Solar Street Lights with Pole Cost?

Solar Street Lights is a good eco-friendly and renewable alternative lighting solution that captures the hearts of people, particularly those green movement supporters and those who want to sustain and protect the environment they’re living in. People purchase different types of solar street lights for a variety of purposes. Some purchase to provide enough light on their house street, backyard, and garden, while others need it for commercial business’ parking lot, public’s general areas, and roadsides.

If you plan to buy these street lights for better and eco-friendly lighting solutions, then this price list can help you prepare your budget.

If you are planning to get a solar street light for your street house, backyard, or parking lot, you must be thinking about its purchase pricing. To give you an idea the initial investment for these off-grid solar lights is almost double the investment for a traditional street light system. Therefore, you have to prepare a much bigger budget for the entire lighting system as well as for its installation.

But, the good catch for investing in solar street lights is its abundant benefits; and one of these is to avoid the hefty electric bills you have to pay monthly. To give you an estimate, over the 8 years you may pay about $10,000 for the maintenance and electricity costs. On the other hand, if you will invest in a solar street light, the cost will become much lesser, let’s say approximately $5,000, which is only half of your expenses on standard street lights.

Different Types of Solar Street Lights and its Cost

Solar street lights are available in a variety of styles, designs, features, and purposes. They are:

Besides, you can use any size of solar panel to generate and store more solar power to make it stay longer during winter nights. The split-type solar street lamps use a large-capacity lead-acid battery, particularly a gel battery, which provides a 100-percent luminous light all night.

A Split-type solar street light pole is usually more than 5m in height with high gravity center while its solar panels are designed in hanging type to make the whole equipment set more wind resistant.

Two-in-one solar street lights have a solar panel installed on the body lamp’s top powered by batteries, LED fixtures, and controllers. Since it is made with a solar panel bracket design, it is not capable of carrying a solar panel power capacity bigger than 50W. For that reason, the led power should be under 30w – 40W only to ensure a longer lighting time. Same with other solar street lights, it also generates and converts solar energy to solar power without depending on the grid. It also has a pole to support its base.

The cheapest cost of two-in-one solar street lights spans from $20 to $40 but these lights only last for a year.  Whereas, its average price ranges from $60-$150. This price is only for the lights and poles.

Solar CFL street light is an independent solar PV street lighting system composed of a solar photovoltaic module that works for battery charging, a rechargeable lead-acid battery that works as power storage; a Compact Fluorescent Lamp (CFL) as a light source; a high-efficiency electronic inverter and controllers for the lamp operation, battery charging and discharging; and a hard-ware like a pole and battery box.  It is also equipped with automatic dusk to dawn sensors and a pre-set timer. It carries 12,15,18, and 24 W of solar capacity.

This street light produces a high luminous light efficiency which is highly in demand in the market for crossroads and streets located in areas that are far from the electric grid.

Its average price rolls down into a cheaper price today as compared to its pricing a few years ago. Currently, solar CFL street lights cost around $130 to $200 which is close enough to all-in-one solar street lights.

Solar LED street light comprises Solar PV Module for battery charging, inverter, controllers, poles, and light-emitting diode (LED) lamps for its light sources. Among other lamps, LED is one of the practical and common lamps because many manufacturers offer them in a variety of styles, shapes, and sizes. It’s durable making it last for as long as 50,000 hours in use. LED only requires very little current to work, that’s why it is smaller than other lamps. Although it is small in actual size it can still handle 6W, 9W, 12W, 15W, 18W, and 24W solar capacity. One of its main advantages is they are easy to install which also makes the installation fee much cheaper than other solar street lights.

The average cost of solar LED-powered street lights varies depending on the materials. However, unlike other solar street lights, LED lights only cost around $10 to $50 without the installation fee and pole.

Although the installation of conventional electrical street lights is more affordable than solar-powered lights, you can still earn more savings by investing in solar street lights, when you compute your expenses on electric-powered lights over time.

To give you an idea, a typical high-pressure sodium street light powered by electricity costs around $1,350.00 including the pole. While its installation costs, to set up the pole and connect the electrical wire from the pole to the transformer, might cost you about $4,550.00. Take note that your monthly electric bill is not yet included in the computation.

On the other hand, Solar street lights with poles and installation fees can cost around $1,800.00 to $5,000.00 depending on the system that you need. Its installation is quick and easy as it is not connected to the grid, making it more affordable.  For this initial investment, you can save money from the 25 years of electrical bills for your lights, not to mention the other benefits that you can enjoy when you invest in solar street lights.

Is it Worth it to Buy and Install Solar Street Lights?

Given the average cost of solar street light, its installation plus its abundant benefits to users, we must say that it is indeed worth your money and effort. As compared to standard electric street lights, solar street lights are one step ahead. This light can provide more benefits to its users due to its state-of-the-art and smart technology that blends with the world we have today. Although it cost a big amount of money, you can guarantee that you’re paying for a lifetime investment that can return your initial expenses for the next coming years.