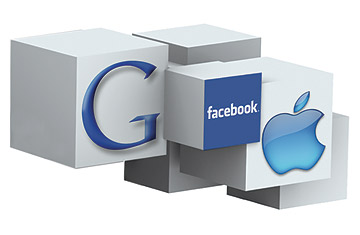 One of the more outspoken and forward-thinking executives in today’s energy industry is NRG Energy’s CEO David Crane.  When recently asked who NRG’s competitors will be in the future, he responded:

“If you ask me who I worry about beating us, I give very little thought to the traditional power companies, the utilities.”[1]

He then went on to discuss technology companies such as Facebook, Google, Apple, and Amazon as well as cable companies such as Comcast. This is because Crane believes the future will belong to distributed generation including rooftop solar photovoltaic and small-scale natural gas generation such as fuel cells, Stirling engines, and cogeneration units.[2]

Crane thinks the technology companies hold the key because if you believe in the distributed resource future, you have an operational problem. Right now, loads and supply are balanced at the bulk grid level by large utility or merchant-owned power plants, some of which are continuously ramped up and down by the system operator’s Energy Management System (EMS) in response to fluctuations in loads. If we move to a distributed model, someone or something is going to have to provide a similar function at the local level. As Crane says:

“One of the changes we’re talking about when you’re talking about balancing everyone’s power systems in their house is that it basically becomes an information technology-based industry.”[3]

Japan is one country to look at when pondering the possibilities. Since the Fukushima Daiichi nuclear disaster, Japan has had to figure out how to run a modern economy with a sudden loss of 30% of the country’s generation capacity while also creating a new grid that is more resilient to possible future shocks. One answer is to move to a model of local microgrids that can operate interconnected with the larger bulk grid or can be isolated and continue operating on their own using distributed generation.

One small area of the devastated port city of Sendai maintained power after the tsunami – the microgrid at the Tohoku Fukushi University.[4] Since then Japan has become deeply interested in developing microgrids and is working world-wide to create the right mix of energy assets and information technology.[5]

As I write this, Enerdynamics’ instructor Dan Bihn is flying to Jamaica to join the Japanese government in discussing microgrid applications with the Jamaica Public Service Company. Contributing to Japan’s push in microgrids are various Japanese technology companies such as Fuji Electric, Hitachi, Panasonic, and Toshiba.

Which leads us back to the question: If a distributed energy future is coming, who will own and operate the microgrids and in-home networks that will enable this future? Utilities will struggle with significant regulatory and institutional barriers. Technology companies will struggle with figuring out how to turn cool technologies into services that work for consumers while meshing with the complex energy marketplace.

Perhaps it is the energy services companies such as NRG, Direct Energy, and Constellation  that the utilities should fear most. Or maybe it is natural gas companies copying the activities of Tokyo Gas’Roppongi Energy Services Company that is now providing electricity and heat services to multiple customers connected to a microgrid in a  redeveloped neighborhood in central Tokyo.[6] Only time will tell.