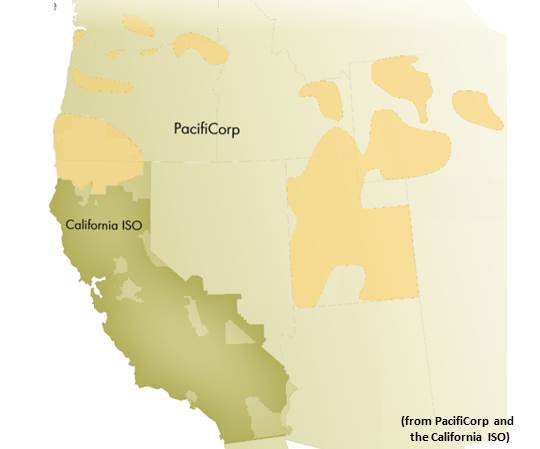 PacifiCorp and the California Independent System Operator Corporation (the ISO) will work together to lead the entire western U.S. toward a new energy-sharing market that will smooth the way for more reliability in power delivery and more renewables.

California’s ISO operates the only advanced energy market in the Western Interconnect region. Like much of the Northeast, Midwest and Canada, the ISO’s real-time, IT-optimized market automatically balances electricity deviations every five minutes by choosing the least-cost resources available.

The 39+ other electricity delivery systems in the West, including PacifiCorp, manage deviations with manual dispatches and a system of reserves.

This MOU signals a crucial shift by PacifiCorp toward the ISO’s method that could lead the way to a regional Energy Imbalance Market (EIM). A Public Utility Commission Energy Imbalance Market (PUCEIM) group composed of researchers from the National Renewable Energy Lab, the Western Governors Association, and multiple independent agencies is working on such a plan.

“This is good news for customers, renewables, integration of renewables, reliability and oversupply challenges,” Weisgall said.