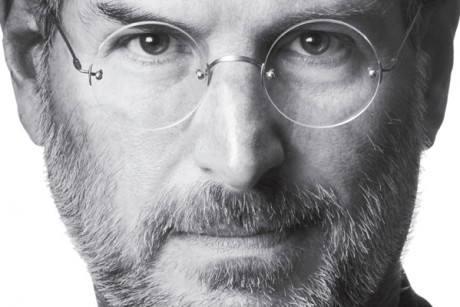 Where is the Steve Jobs of sustainability? The business leader with the big, disruptive ideas—and the force of will—to achieve for sustainable production and consumption what Apple’s visionary chief did for global technology and information?

This question springs strongly to mind after attending the Rio+20 conference.

Unlike the original Earth Summit 20 years earlier, business leaders were everywhere at Rio 2012. And with governments failing to make headway at the UN-led forum, there was much talk of businesses taking a greater lead in fixing the world’s environmental and development challenges.

Yet apart from Unilever CEO Paul Polman (who declared, “We have to bring this world back to sanity and put the greater good ahead of self-interest”), few corporate leaders at Rio appeared ready to take up the baton. While literally hundreds of business-led initiatives were announced, most were incremental rather than transformative. And there was limited evidence that CEOs recognize that the planet is on a fundamentally unsustainable course and the window for action is closing.

That said, Rio did see real progress in a few important areas for the private sector. In particular, assuming corporations follow through, it laid foundations for more sustainable business models and scalable partnerships between companies and governments.

Here are three Rio trends that demonstrate an emerging shift in business thinking and provide a platform that smart, forward-looking CEOs should look to build on:

Meeting in the country that hosts the Amazon, global corporations launched multiple efforts to do something about their huge impact on nature. Taken together, these reflect a welcome shift in business attitudes toward accounting for the natural resources that underpin the global economy.

The Natural Capital Leadership Compact, signed by 15 global companies, urged action to properly value and maintain natural assets like clean air, clean water, forests, and other ecosystems. The Natural Capital Declaration saw similar commitments from a further 39 banks, insurers, and investors. And an additional 24 companies, worth a collective $500 billion, affirmed accounting for natural capital as a business imperative.

Although the final Rio communiqué watered down a proposed requirement for large companies to report on sustainability, it still provided a push for voluntary global disclosure of private sector impacts. Also significant was the UK deputy prime minister’s announcement at Rio that from April 2013, Britain will require publicly listed companies to fully report their greenhouse gas emissions. The UK move won public support from major companies—including Cisco, PepsiCo, and Aviva Investors—reflecting growing corporate acceptance of the need to be open about the private sector’s environmental footprint. Other countries are expected to follow suit.3) Public-Private Partnership Models

Around the world, interest is growing in bottom-up solutions where companies, government at all levels, and other constituents (such as NGOs and development banks) work to solve specific sustainability problems. While public-private partnerships of this nature are not new, they were a major theme at Rio, where business leaders called for swift and scaled-up collaboration. Promising initiatives were pursued around energy access and water supply in particular.

For example, 45 members of the Global Compact’s CEO Water Mandate —including the leaders of GlaxoSmithKline, Levi-Strauss, and Dow Chemical Company—announced commitments to improve water management practices and pursue public-private partnerships to solve the global water crisis. And U.S. Secretary of State Hillary Clinton launched the U.S. Water Partnership, through which federal agencies and companies such as Coca-Cola will dedicate $500 million to address water challenges worldwide.

Moving forward, targeted public finance can be used to leverage private investment in such initiatives. For example, the groundbreaking commitment at Rio by eight multilateral development banks to provide $175 billion towards sustainable transport could trigger innovative public-private cooperation in a sector responsible for about one-quarter of global carbon dioxide emissions.

On their own, of course, approaches like these will be nowhere near sufficient to put the global economy on an inclusive and sustainable path. And while companies like GE, Siemens, Unilever, and others have shown that integrating sustainability can be good for a business’s bottom line, companies beholden to shareholders will only go so far in embracing sustainable practices.

It is therefore critical that as business becomes increasingly active in shaping the sustainable development agenda, governments put in place the policies and incentives needed to take global green markets and investment to the next level.

And, of course, it would help if one or more Steve Jobs-like business leaders emerge as paradigm-changing champions of sustainability.

by Manish Bapna and Kirsty Jenkinson, via WRI Insights

Manish Bapna is the Executive Vice President of the World Resources Institute and Kirsty Jenkinson Director of the Markets and Enterprise Program at WRI.This piece was originally published at WRI and was reprinted with permission.