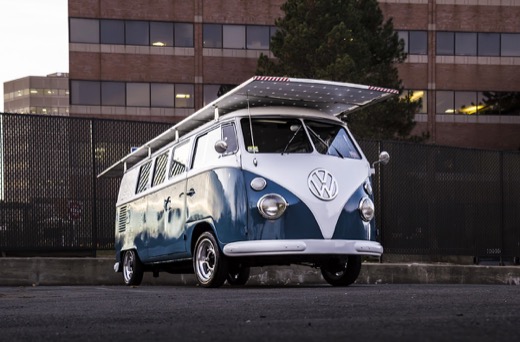 People stare at Daniel Theobald when he drives his kids to school. They look at him when he cruises through the streets of Somerville and Cambridge. And they seem perplexed when they watch him park his van.

But Theobald doesn’t mind the attention. In fact, he welcomes the glares, the finger-pointing, and the constant queries about his preferred mode of transit—it helps him spread the word about how he’s reducing his carbon footprint.

Theobald, the CTO at Vecna Technologies, a healthcare IT company based in Cambridge, is the proud owner of a completely solar-powered, classically-adored 1966 VW Bus, which siphons energy from the sun’s rays rather than gas from the pump, and stores that energy to help power the vehicle’s electric engine.