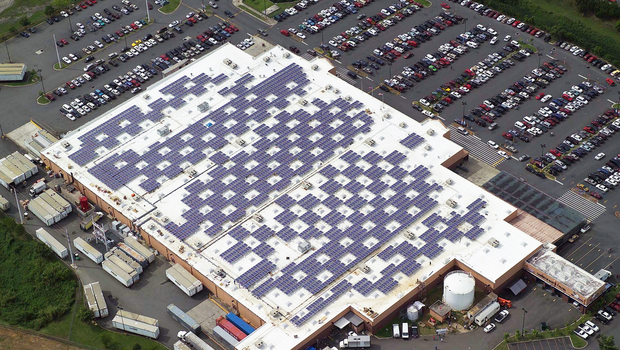 Power companies and a coalition of unlikely political allies are squaring off over a proposal that could lead to large-box stores selling solar-generated electricity without utilities getting a cut.

Table of Contents hide
I. Power companies and a coalition of unlikely political allies are squaring off over a proposal that could lead to large-box stores selling solar-generated electricity without utilities getting a cut.
II. Share:
III. Related

The groups want to allow businesses to sell solar power directly to customers without going through a utility company.

But even as they work toward the same goal, the factions seeking to boost Florida’s solar industry have differing visions of how the increase should be regulated.

Floridians for Solar Choice, a political committee formed in December, is proposing a constitutional amendment that would take the proposal directly to voters in 2016. The group is comprised of an odd coalition of political partners that includes Tea Party groups who see the proposal as pro-free market, and environmentalists eager to boost Florida’s usage of renewable energy.

They want to completely exclude the Public Service Commission, a panel of utility regulators appointed by the governor.