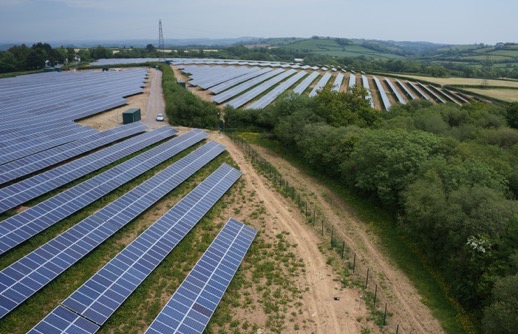 Official Department of Energy and Climate Change (DECC) figures out on January 29th, 2015 show that solar electricity generation in the United Kingdom almost doubled over the course of last year, with almost 5 GW of capacity at the end of 2014 up from 2.8 GW at the end of 2013.

This is enough power to supply the equivalent of 1.5 million homes, the UK Solar Trade Association (STA) emphasizes.

The statistics, part of numbers released on a monthly basis by DECC, reflect steady growth in the UK solar industry and rapidly falling costs, much of which in the large-scale solar sector.

Britain now boasts over 650,000 solar PV installations of all shapes and sizes

“This milestone achievement is testament to the hard work of Britain’s several thousand solar businesses, almost of all of them small and medium sized companies, who are all at the forefront of a real solar transformation as the technology steadily becomes one of the cheapest sources of clean, home-grown power,” commented STA CEO Paul Barwell.

“We are now well underway to a million solar installations, of all shapes and sizes, across the country. This is a world class achievement and something the Coalition Government can be proud of. Analysis has shown that solar is the most popular form of energy generation, and could provide 50,000 jobs by 2030 if given the right support,” Barwell continued.

STA CEO Paul Barwell: Next Government is to provide a stable policy framework

Solar could by 2020 be cost competitive with gas and no longer need any kind of Government support at all on homes and commercial roofs, Barwell explains.

“But we will only reach that point if the next Government provides a stable policy framework and a level playing field with other technologies. Last year was a rollercoaster for the solar industry, with the closure of the Renewables Obligation to large solar farms sending shockwaves of uncertainty across the renewables industry. The outlook from this April is a concern and it seems to make little sense to stymie such a success story. I hope the new Government will build on this success and set higher solar targets for 2020 and provide the stable business environment the industry needs to deliver,” the STA CEO concludes.

The Solar Trade Association has developed a ‘Solar Independence Plan’, and is urging the Government and all political parties to support the proposals which will effectively double solar ambitions for little extra cost.

Analysis has shown that the next Government will have a big opportunity to get the first low-carbon technology off subsidy within the course of the next Parliament – quite an achievement if it succeeds in getting to that point.

The statistics can be found here: https://www.gov.uk/government/statistics/solar-pv-deployment-december-2014