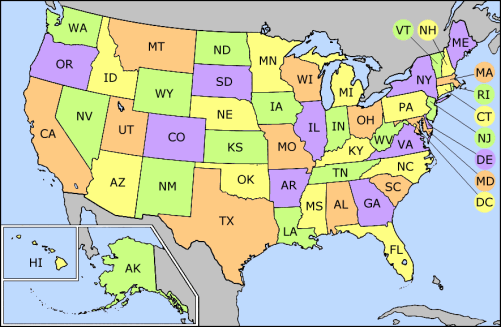 The U.S. solar industry broke records in 2012, and it is expected that 2013 will be another record year for installed solar capacity.  Last year the U.S. solar industry installed approximately 3.2 GW of capacity.  Even as powerhouse solar markets like California slow down, other states like New York, New Jersey, and Pennsylvania pick up the slack.  While it is unclear which states will step up to the plate next, the prospects of state solar initiatives spurring an increase in solar capacity seem—well, sunny.

Investments in renewable energies and technological advancements in all things solar have highlighted the value of solar and removed some of the barriers.  Federal incentives (Link to https://www.solarcontact.com/cost-solar/incentives), such as investment tax credits and loan programs, will continue to promote the large-scale commercialization of solar energy and boost the establishment of solar plants in the U.S.  State-specific initiatives then act to encourage energy efficiency and the switch to renewables at the state-level.  This, in turn of course, helps drive the U.S. solar industry (Link to https://www.solarcontact.com/solar/american-solar-market) and overall numbers for solar power capacity installed, particularly as markets in some states start to falter and others pick up pace.

States are developing and implementing various plans to promote solar energy.  For example, regulators in Hawaii have amended archaic policies to allow for more advancements in renewable technology.  California grid legislators have increased the amount of solar allowed through “net metering”—meaning customers can offset the cost of the electricity they generate themselves through their solar panels.  In addition, states like Colorado and Vermont have streamlined solar permitting and capped costs on the allowable permit fees.

California holds the unofficial title of the “greenest state” in the U.S.  It reached a major landmark when it surpassed 1 GW of installed solar power capacity, at least 50% of which is attributed to its California Solar Initiative (“CSI”).  CSI offers financial incentives which are designed to slowly decrease throughout the years as solar technology becomes more widespread.  Customers are also provided with net metering, as previously mentioned, which allow homeowners and businesses to offset the cost of their electricity use with energy generated from their solar power (Link to https://www.solarcontact.com/solar/power) and sent back to the grid.

If the trends continue as they have, 2013 should bring more installed solar power capacity than ever before.  New and existing state solar initiatives will have a significant, yet varied, impact on the U.S. solar industry as a whole.  Only time will tell which states and their initiatives will bring about the greatest numbers in solar capacities installed, and perhaps a new leader in green energy will emerge.