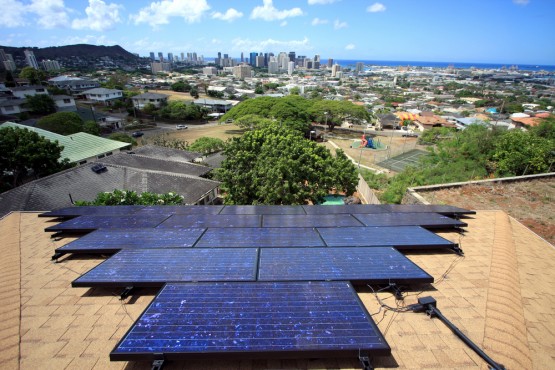 A clean energy seed money startup program in Hawai’i will now have triple its existing budget courtesy of the U.S. Navy’s Office of Naval Research.

Energy Excelerator provides between $30,000 to $100,000 in seed money to clean energy startups in Hawai’i. If a more advanced company wishes to create a pilot project on Hawai’i and can raise $500,000 in matching funds, the program will supply a $1 million grant. Every summer, the program selects 13 businesses that have ideas related to: grid integration of renewable energy; bioenergy and transportation; and energy efficiency for built environment and agriculture.

Hundreds of companies apply for grants, but fewer than 5 percent receive funding.

The program’s $8 million in seed funding came from the U.S. Department of Energy and continued with one percent in equity from the early-stage companies. The Navy’s $30 million investment triples the resources it had over the last three years.

Depending on the size of the startup, the program lasts for 6-12 months, and builds “a supportive, expert-driven ecosystem around the companies.” Energy Excelerator also helps connect companies with potential customers like utilities, businesses, and military bases.

Companies that have been funded so far include those that produce: more efficient solar technology, algae-based biofuels, more efficient lights, smart grid technology innovations, and electric vehicle charging infrastructure. One company, Ibis Networks, provides plug-load energy savings through a military-grade platform and customizable power outlets, which may interest the Navy.

In 2010, Hawai’i imported 94 percent of its energy, according to the EIA. Energy prices in the 50th state are 3 to 4 times the national average, so it is much easier for the new technologies championed by clean energy startup companies to compete on the open market right out of the gate. To date, 17 local companies received funding and brought their products to market. Energy Excelerator was founded three years ago.

So Hawai’i is driving clean energy innovation out of financial necessity. The Navy is funding projects like these not only because of the strategic importance of Hawai’i, but because it is particularly interested in cutting carbon emissions and saving money on energy. The military is the largest single consumer of fossil fuels on the planet. And as the greenhouse gas emissions that flow from burning fuel like that disrupt the climate, it’s often the Navy that has to deal with the consequences.

Earlier this year, the head of the U.S. forces in the Pacific, Admiral Samuel J. Locklear III, brought up climate change as a threat accelerator when asked about the greatest threats to the Pacific region. Former Defense Secretary Leon Panetta said “climate change has a dramatic impact on national security.”

The Senate recently confirmed retired Vice Admiral Dennis McGinn as assistant secretary of the Navy for energy, installations, and the environment. In 2009, McGinn said that “continued over reliance on fossil fuels, or small, incremental steps, simply will not create the kind of future security and prosperity that the American people and our great Nation deserve.”

Energy Excelerator’s Senior Manager Dawn Lippert told TechCrunch: “Cleantech is struggling in the venture world. A lot of energy companies in clean tech are hungry for this program. They’re coming to Hawaii to get into a market, and that’s what we do. Working in this market with a lot of players, and we help them find early customers. In the general world of clean tech and energy, this is a really bright spot.”