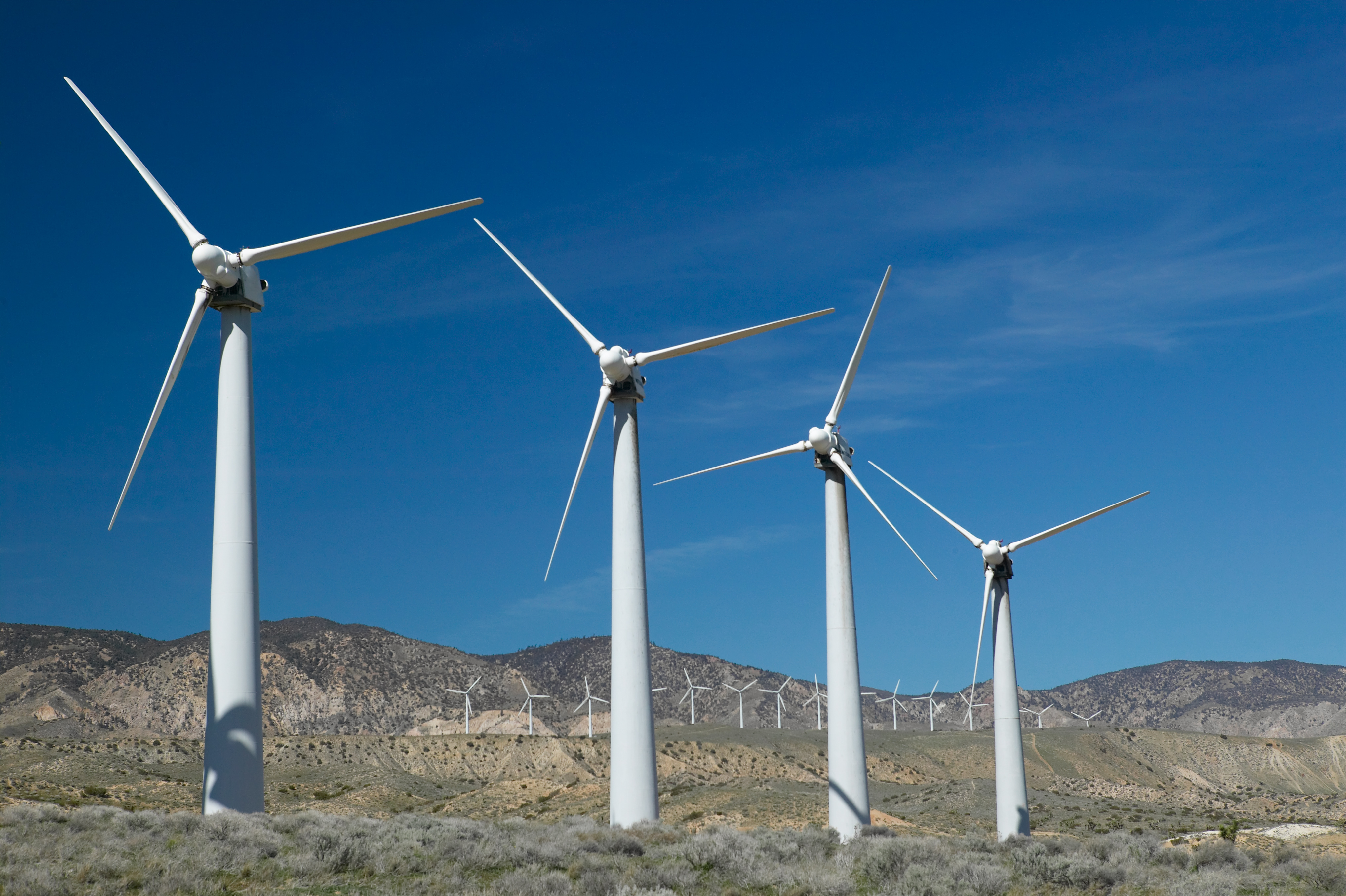 Most of us have seen wind turbines, but did you know the elements that help in the seamless operation of those turbines?

One of those elements is wind turbine generators. Before we talk about generators in details, let us know their function in operating wind turbines.

When the wind passes over the blades, it exerts a turning force. The rotating blades make a shaft turn inside the nacelle, which goes into a gearbox.

Next, the gearbox speeds up the rotation to an appropriate level for the generator, which uses magnetic fields to convert the rotational energy into electricity.

Out of these two types of wind turbines, the most commonly used is the fixed-speed turbine, where the induction generator is directly connected to the grid. However, this system has its flaws because it often fails to control the grid voltage.

To operate a variable-speed wind turbine, however, an electronic converter is needed,  and this is where the role of a wind turbine generator comes into play.

In this article, we will mainly talk about different types of wind turbine generators and their functions.

What Are the Types of Wind Turbine Generators?

There are four types of wind turbine generators (WTGs) which can be considered for the various wind turbine systems, those are:

Each of these generators can be run at fixed or variable speed. Due to the dynamic nature of wind power, it is ideal to operate the WTGs at variable speed.

Operating a generator at variable speed reduces the physical stress on the turbine blades and drive, and which improves aerodynamic system efficiency and torque transient behaviours.

A DC wind generator system has a wind turbine, a DC generator, an insulated gate bipolar transistor (IGBT) inverter, a transformer, a controller, and a power grid.

For shunt-wound DC generators, the field current increases with operational speed, whereas the balance between the wind turbine drive torque determines the actual speed of the wind turbine.

Electricity is extracted through brushes, which connect the commentator that is used to convert the generated AC power into DC output.

These generators need regular maintenance and are relatively costly because of using commutators and brushes.

Using DC WTGs are unusual in wind turbine applications except in the situations of low power demand.

When the wind turbine drives the rotor, three-phase power is produced in the stator windings that are connected to the grid via transformers and power converters.

Moreover, synchronous WTGs tend to have a low damping effect so that they do not allow drive train transients to be absorbed electrically.

When synchronous WTGs are integrated into the power grid, synchronizing their frequency with the grid requires a delicate operation.

In addition, these generators more complex, costly, and prone to failure compared to induction generators.

During the past decades, PM generators have increasingly been used in wind turbine applications due to their high-power density and low mass.

The structure of PM generators is relatively straightforward. The rugged PMs are installed on the rotor to generate a constant magnetic field, and the produced electricity is collected from the stator by using the commutator, slip rings or brushes.

Sometimes the PMs are integrated into a cylindrical cast aluminum rotor to lower the cost. The basic principle of operating PM generators is similar to synchronous generators except that PM generators can be operated asynchronously.

Some of the advantages of PMSGs are the elimination of commutator, slip rings, and brushes so that the machines are rugged, reliable, and simple.

Due to the variability of the actual wind speeds, the PMSGs can not produce electricity with a fixed frequency. For this, the generators should be connected to the power grid through rectifying AC-DC-AC by power converters.

It means the generated AC power containing variable frequency and magnitude is first rectified into fixed DC, and then converted back into AC power.

Also, these permanent magnet machines can be useful for direct-drive applications as, in this case, they can get rid of troublesome, gearboxes which cause failures for the majority of wind turbines.

One of the potential variants of synchronous generators is the high-temperature superconducting generator.

Also, using superconductors can stop all field circuit power losses. Moreover, the increase in current density allows for high magnetic fields, which will result in a significant reduction in mass and size for wind turbine generators.

So, superconducting generators can have more potential in high capacity and weight reductions and may suit better for wind turbines rated 10 MW or more.

In 2005, Siemens launched the first superconducting wind turbine generator in the world, which was a 4MW synchronous generator.

One such challenge, for example, is cooling down the system and restoring operation following a technical snag.

These generators have a high degree of damping and can absorb rotor speed fluctuations and drive train transients.

Until 1998, most wind turbine makers produced fixed-speed induction generators of 1.5 MW and less.

These generators were normally operated at 1500 revolutions per minute (rpm) for the 50 Hz utility grid, along with a three-stage gearbox.

In such cases, the output voltage, however, can not be controlled, and the external supply of reactive power is required.

It means fixed-speed induction generators have restrictions when it comes to operating only within a narrow range of discrete speeds.

Other disadvantages of these generators are about the machine size, low efficiency, noise, and reliability.

These days, more than 85% of the installed wind turbines use DFIGs, and the largest capacity for the commercial wind turbine product has an increased capacity towards 5MW.

Induction generators are also prone to voltage instability. Additionally, the damping effect may result in power losses in the rotor. There is no direct control over the terminal voltage, nor sustained fault currents.

In these cases, it is possible to regulate the speed and torque of the DFIG by controlling the rotor side converter (RSC).

On the other hand, in the case of super-synchronous operation, the RSC operates as a rectifier and the GSC as an inverter.

Switched reluctance wind turbine generators have features such as strong rotor and stator. With the rotor’s rotations, the reluctance of the magnetic circuit linking the stator and rotor changes. It then, in turn, induces currents in the winding on the armature (stator).

The reluctance rotor is built from laminated steel sheets, and it does not have any electrical field windings or permanent magnets.

For this reason, the reluctance generator is simple, easy to produce, and assemble. Another obvious feature of these generators is their high reliability. It is because they can work in harsh or high-temperature environments.

Due to the fact that the reluctance torque is only a fraction of electrical torque, the rotor of a switched reluctance generator is usually larger than the other with electrical excitations for a given rate of torque.

When reluctance generators are combined with direct drive features, the machines would be quite large and heavy, making them less useful in wind power applications.

This mechanical power can be used for certain tasks (e.g., pumping water), or a generator can convert this power into electricity.

Wind turbines can be built on land or offshore in large water bodies like lakes and oceans. The governments in many countries all over the world are funding such projects. For example, the US Department of Energy is currently funding projects to help deploy offshore wind projects in the water bodies in the country.