From the outside, it looks like sales of the Toyota Prius have never been better. According to WardAuto, they surpassed their 2012 sales goal by 16,000 units, and the rising gas prices since 2011 have caused many buyers to take the plunge and go hybrid. But not everything is smooth sailing for the Prius. An uncertain fuel market makes it harder for them to set sales goals, and it remains a rare Toyota model in that it’s sold in the U.S. but entirely manufactured in Japan. How much the Prius will take off in 2013 and beyond could be up in the air, and it may depend on how quickly they can start manufacturing domestically to keep supply matching demand. Higher gas prices could raise the price of the car even more, and buyers may start looking at alternative hybrids like the Ford C-Max, which offer comparable fuel mileage for less money.

Motor Trend claims that Toyota was not too happy about them doing a comparison between the 2012 Prius and the 2013 C-Max. But their study of the two cars produced interesting results. While the C-Max was proven to se superior in speed, handling, noise, and overall package, the Prius still had better fuel economy, which the magazine suggests customers care about most of all. But Time Magazine suggests times might be changing for the Prius, with Ford reporting record sales in 2013 already and other competitors like the Volkswagen Jetta Hybrid coming up behind them. These days, 25 percent of potential car buyers are planning to get a hybrid, and every automaker seems to be entering the field.

In 2011, the overwhelming demand for the Prius exceeded predictions to such an extent that there was actually a shortage. Many analysts have offered different reasons for why the spike in demand was so high, but it’s usually directly related to a spike in gas prices, which inspires consumers to buy the more fuel-efficient car they might have been considering already. The ins and outs of manufacturing the Prius present an age-old dilemma of supply and demand economics. In 2013, fuel predictions are more undecided, and some experts say gas could remain relatively flat throughout the year. How does Prius, now the number one most-owned vehicle in California, predict how long its momentum will last? They recently announced that by 2015, they will begin building cars in the U.S. in order to keep the Prius more readily available. But with a host of new competitors on the horizon, it’s more than likely the demand will level off sooner rather than later. 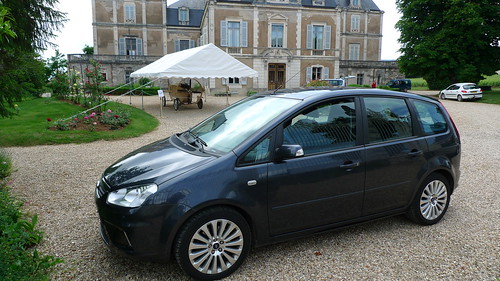 Statistics show that the market for entirely electric cars as opposed to hybrids is still very niche, with only about 4 percent of potential buyers looking at them per year. Both Toyota and Ford offer plug-in alternatives to their cars, as well as other manufacturers. The technology is still growing and improving, and automakers expect to be selling way more hybrids for a long time to come. But electric cars are still interesting because there is so much more competition, and Prius doesn’t necessarily have the same advantage that it did with the hybrid. The Prius Plug-in, Nissan LEAF, and Chevrolet Volt vy for number one, and now Tesla Motors is being hailed as the new Apple. Tesla’s goal to release cheaper electric cars with longer range due to their top-notch batteries. With Tesla’s willingness to lease its technology to competitors, electric cars might really be the wave of the future.

Prius has held dominance over green energy vehicles since around 2008, but increased competition and improvements in technology are inevitable. Toyota has succeeded at taking the Prius from its status as a niche vehicle to a widely popular mainstream choice. Now it might be time to make room for the next advances in eco-friendly cars, and that means making room for some alternatives.

Writer Jena Daniels is a guest blogger for business blogs. Interested in taking part in combining technology and business in the future? You may want to consider the business degree offered at Pepperdine University.