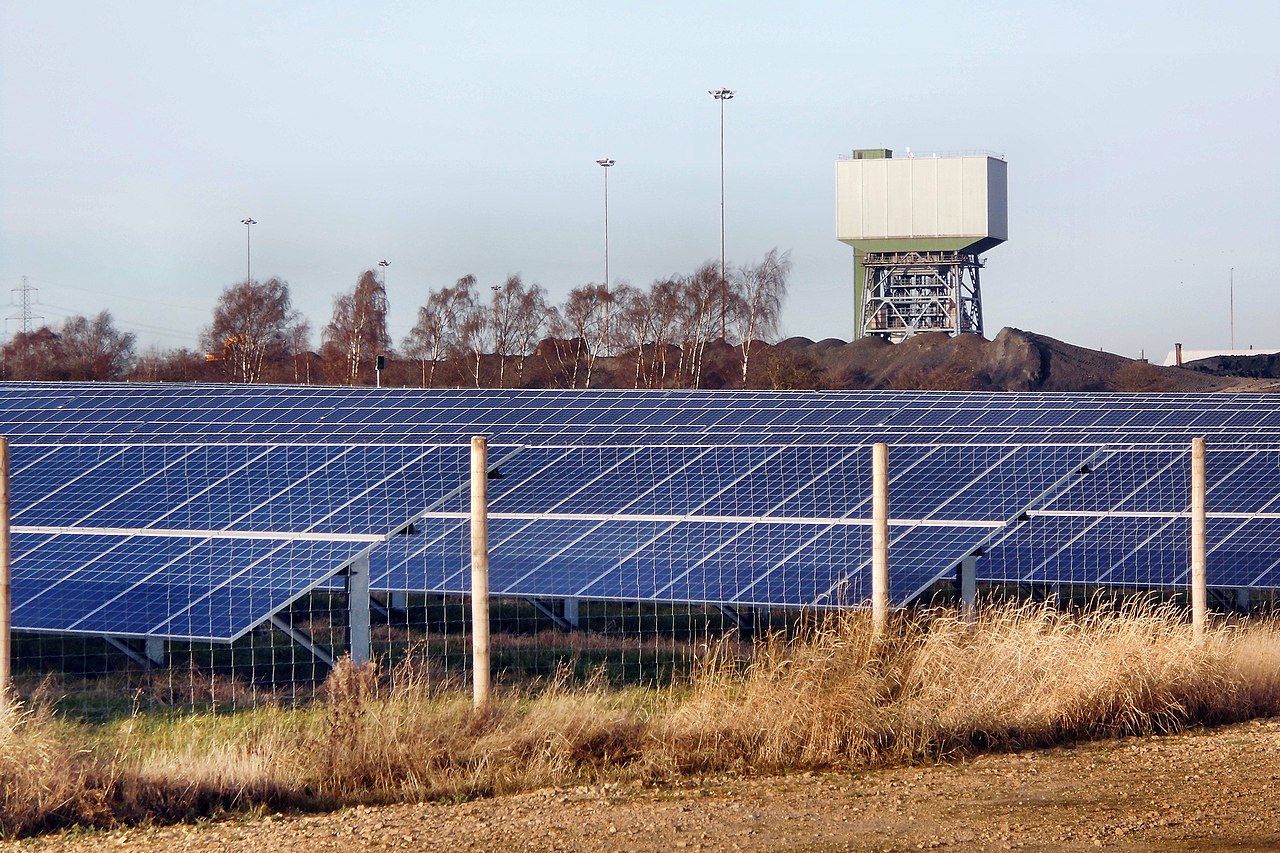 In 2018, solar power in the United Kingdom (UK) nearly doubled. The total new residential and commercial installations were 709,000.

According to experts, almost 10 million households in the UK are likely to install solar panels by 2020.

It means more than one-third of UK homes would be using solar energy, and solar systems will generate up to 40% of the total electricity during the summer.

Such a large volume of solar installations could only be possible by installing some of the top solar panels in the country.

In this post, we have listed the best solar panels in the UK that have been chosen based on efficiency, output, type, temperature coefficient, size, and product warranty.

Best 10 Solar Panels for Sale in the UK

Canadian Solar was established in 2001, and its office in the United Kingdom is located in London.

The company has been a leading solar energy service provider in the world with business subsidiaries in 19 countries on six continents.

Canadian Solar is a major manufacturer of solar PV modules and has more than 13,000 employees worldwide.

The company has produced and delivered more than 36 GW of high-quality solar modules to customers in more than 160 countries in the past two decades.

The range of solar modules are:

The latest solar panels of Canadian Solar have been made with heat-strengthened glass instead of the traditional polymer backsheet.

The panels do not go through Potential Induced Degradation (PID) and can withstand high temperatures, high humidity, sandstorms, ultraviolet, and corrosion.

Canadian Solar’s PV panels have been thoroughly tested and proven under harsh conditions, and come with a 25-year warranty.

SunPower has been one of the leading solar panel’s manufacturers since 1985. The UK office of the company is located at the Birmingham International Park in Solihull.

The company has a diversified global portfolio starting from space technology, residential households to commercial markets.

So far, the company has generated more than 18,000,000 MWh of solar energy and has more than 750 patents for solar technology.

In the UK and all around the world, a significant number of residential customers, businesses, governments, schools, and utilities rely on SunPower solar cells for their proven track record.

One of the biggest achievements of SunPower was installing huge numbers of solar panels in the Bavaria Solar Park in Germany in 2004.

SunPower solar cell SunPower® Maxeon® has a maximum efficiency of 22.8% in the market.

A brief about all the SunPower solar cells are below:

SunPower provides a 25-year warranty for power, product, and service, which is the most extended warranty in the industry.

LG Solar™ has been a well-known company worldwide for its wide range of high-quality solar panels.

The solar panels produced by the company have one of the best efficiencies of 21.7% in the world.

LG Solar™ has developed advanced solar panels using the Cello Technology™ and provides a 25-year performance warranty to its products.

The company claims that it controls every step of the manufacturing process to ensure top-quality products and performance.

NeON® 2 is an 8 kWp system with a 25-year warranty. NeON® 2 Black are high-quality and nicely designed solar modules with a black frame and an optional black backing that blends with the background to enhance the visual of the roof.

Panasonic was established in 1975, and since then, the company has been a major manufacturer of high-quality and efficient solar panels.

The solar panels produced by the company have an efficiency rate of 20.3%.

The company incorporates rigorous performance testing in all phases of production and guarantees customers of safe and efficient solar performance.

Panasonic produces HIT® solar panels through as many as 20 internal tests and provides extreme quality assurance.

The range of solar panel series the company manufactures are:

All these panels provide a guaranteed power output of 90.76% after 25 years.

Particularly, for the HIT® series, the modules continue to perform at high-efficiency levels due to a leading temperature coefficient of -0.258% /°C.

Sharp was established in 1912. In 1959, the company first became the pioneer in solar power research and over the years has been highly acclaimed in this industry in Japan as well as other parts of the world.

The company started mass production of solar cells only in 1963. Other than the UK and US, the offices of Sharp are located in France, the Netherlands, Mexico, and many other countries.

Sharp’s UK division, Sharp Electronic (UK), is based in Uxbridge, with a showroom in Cheshire.

The high-quality solar modules have a capacity from 258W to 300W:

More than 1 million customers all over the world use Sharp solar modules. If all modules are put together (12GW), they would be able to encircle the world.

Trina Solar was founded in 1997 and has been a leading energy solutions provider in the world.

Trina Solar develops smart and efficient photovoltaic (PV) modules for both residential and commercial consumers, along with energy storage systems.

The company has delivered more than 40 GW of solar modules all over the world.

The series of residential, commercial, utility-scale solar panels manufactured by Trina Solar are below:

All the Trina solar panels go through stringent in-house testing and have independent, third-party certification.

Suntech is a globally known solar PV manufacturer in the world. The company designs and produces crystalline silicon solar cells and modules.

Suntech was established in 2001, and since then the company has expanded its business in more than 80 countries and regions in the world.

The company is continually engaged in research and development on improving the conversion efficiency of its solar panels and modules. These efforts have resulted in the manufacturing of high-quality, reliable, and cost-effective products.

Suntech produces a range of solar modules, which are:

Over the years, Suntech has gained an excellent brand reputation in the European market, including the UK.

SunTech has received many awards since 2016, including EUPD Research Top Brand PV Modules for the UK, Germany, the Netherlands, Australia, France, and Italy.

Yingli Solar is originated in China and later spread out its operations all over the world, including the UK.

The solar modules of Yingli Solar incorporate advanced solar technology that has won numerous awards. Over the years, the company has become one of the world’s largest solar panel manufacturers.

The range of solar modules the company produces includes:

Consumers in as many as 90 countries all over the world use Yingli Solar modules to resolve their energy challenges successfully.

Homeowners, businesses, and communities worldwide often face energy and environmental challenges. To resolve such issues, Yingli Solar is committed to providing affordable green energy for all.

Founded in 2005, JA Solar has grown rapidly to become a worldwide distributor of solar modules, solar cells, silicon wafers, and a complete range of PV systems.

The solar products of JA Solar are sold in more than 120 countries.

In 2009, the sales of JA Solar reached 3.8 billion, which made the company rank the world’s top six and China’s top three manufacturers of solar cells.

The company produces a wide range of solar cells and modules with a 5-year quality guarantee and a 10-25-year power output guarantee.

The solar products are below:

The company has installed solar modules with a total capacity of 49 MW in the Ground Power Station in Southwark, the UK.

Viridian Solar is a solar manufacturer of roof-integrated solar panels based in the UK.

The company has the Clearline Fusion range of photovoltaic (electric) PV roofing system that has taken building integration of solar to the next level. The solar products of the company are designed at its headquarters near Cambridge.

The Clearline Fusion roof-integrated solar PV modules are of the highest quality, economical, and have push-fit connections. Moreover, these modules are sleek, compact, as well as robust.

The panel options include monocrystalline silicon on a black backing or polycrystalline on black or white.

According to the latest regulation in the UK, the biggest energy companies will now need to buy renewable energy from their own customers.

From January 1, 2020, consumers who install new rooftop solar panels, can lower their electricity bills by selling the additional energy to their supplier.

Regulations like this will encourage more residential consumers to install solar systems at their homes.

If you are a solar installer in the UK, you can keep the list of these top solar panels in this post handy for your clients to meet their installation requirements of quality panels.