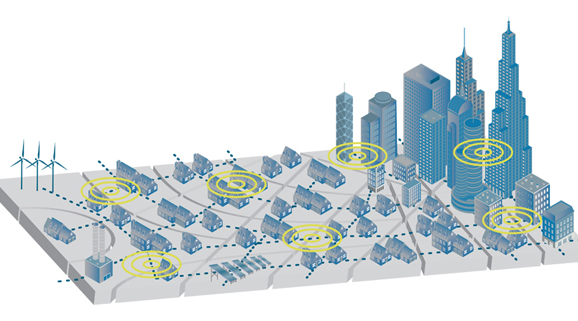 2011 was a year of unprecedented spending for smart grid project ramp-up and deployment in North America — catalyzed by federal stimulus funding, aggressive renewable and energy efficiency standards in the United States and provincial policy in Canada.

After reviewing project nominations for several of the most innovative utilities in North America, Greentech Media/GTM Research is pleased to recognize the following awardees as “The Networked Grid – Top Ten Utility Smart Grid Deployments in North America”.

Special acknowledgment has been given to three utilities for best in class projects in the categories of Advanced Metering Infrastructure, Consumer Engagement and Distribution Automation. We are honored to have representatives from several of the most innovative North American utilities speaking at The Networked Grid next week, Greentech Media’s flagship smart grid conference.

APS’ smart grid initiatives, and more specifically its distribution infrastructure upgrades, have made it one of the most reliable utilities in the United States. The utility’s best in class performance has largely been a result of its award winning transformer oil analysis and notification (TOAN) program which has allowed transformer health to be monitored remotely in near real time helping to both prevent faults and quickly restore interruptions.

APS has also implemented self-isolating and self-healing technologies on two of its main distribution lines in Flagstaff. Additionally, the utility has integrated more than 200 megawatts of consumer owned photovoltaic systems into its distribution grid — one of the largest portfolios of photovoltaic capacity in North America. The company’s Flagstaff microgrid project will incorporate an additional 1.5 megawatts of PV capacity, solar hot water heaters and micro-wind turbines as well as a 1.5 megawatt-hour lithium ion battery storage system designed to complement the utilities’ 500 kilowat Doney Park PV farm.