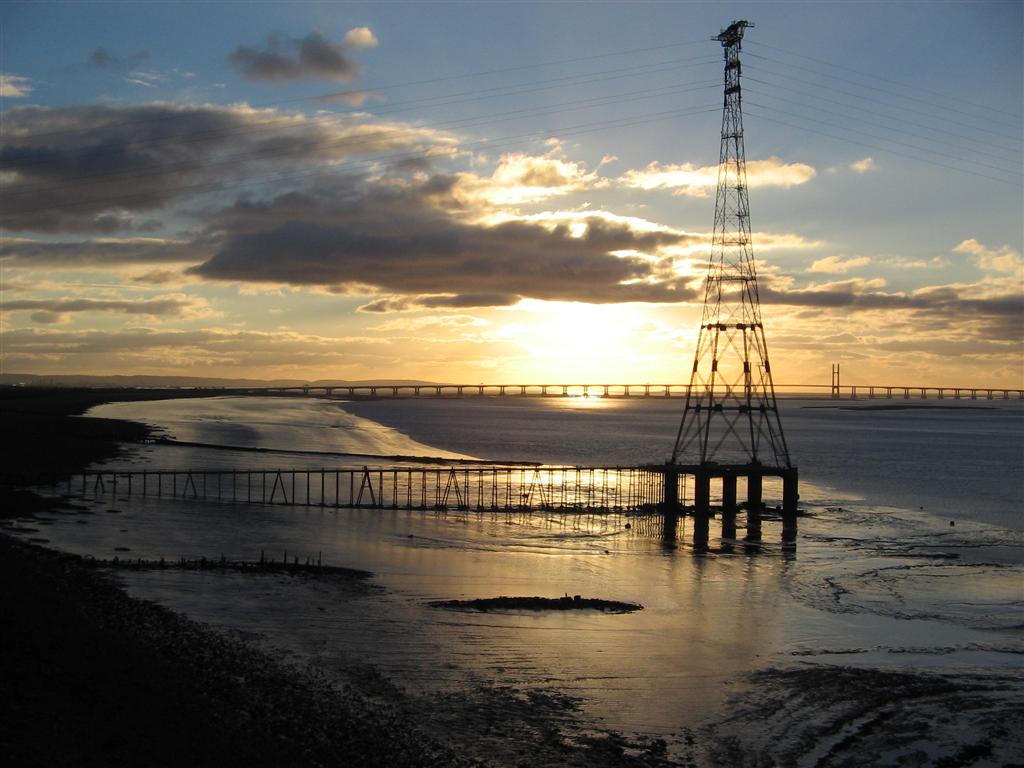 With the rise in awareness about environmental degradation and the way that fossil fuels are contributing to it, renewable energy is becoming more and more popular. With numerous debates on mainstream media and different news outlets talking about the respective problem masses are now aware of available alternative energy sources. While the use of tidal energy can be traced to at least a thousand years ago, when people used it to operate mills, new machinery has now revolutionized the preexisting ways. With further improvements in renewable energy sources, the public is becoming more aware of what is yet to happen.

Exclusion from the Paris environmental deal and denial of the US president to acknowledge the ecological deterioration has led to a widespread sense of false security. With Mother Nature giving us indicators of the problems we have caused, it is now up to us to make well-informed decisions. Solar and tidal energy is more efficient than fossil fuels and nuclear energy. The high rate of efficiency alone is a solid reason to look into it. However, if it is not done on time; the damage may be irreversible. The depletion of the ozone layer can lead to various skin related problems that can prove to be fatal. It has somewhat already opened the doors to health problems that we previously did not face.

In order to understand the pros and cons of tidal and solar energy, one needs to have a detailed comparison. Here mentioned below are a few features you should keep in mind while trying to come to a final decision. Know that the debate is extensive, and as scientists work on these problems as we speak, solutions to the issues are not far. The points discussed below aim to clarify the limitations and advancements on solar and tidal energy. The reason for doing so is to bring to common knowledge the grey areas that still need to be worked upon and clarify simple queries that may come to mind.

Tidal energy is a form of renewable energy which harnesses the power of the tides. They occur due to the gravitational pull of the sun and the moon both acting on the earth’s surface as it rotates. Due to the fact that it is a continuous process that has been around since the beginning of the world as we know it, it is highly unlikely that it will end any time soon. The continuity of the process as compared to solar energy makes it one of the most favoured renewable energy sources. While fossil fuels are limited and nuclear power is exceptionally harmful with low levels of efficiency, tidal energy is free of such limitations and reservations. However, the variation in the high and low tide needs to be of a required level in order to harness energy.

It is also known to be environmentally friendly as it has zero greenhouse gas emissions which can affect the already deteriorating ozone layer. While other sources have high levels of carbon emissions, tidal energy does not have any.

Due to the fact that it is a natural phenomenon that is highly predictable, it increases the rate of reliability. Since winds and the sun aren’t as predictable as the tides, harnessing energy can prove to be more difficult as compared to tidal energy.

The high rates of predictability result in inefficient and more accurate machinery. The fact the machinery is more efficient and precise leaves little to no room for constant checks and maintenance expenditures which results in a cost-competitive source of energy. This can be proved by the massive amounts of energy that are still produced by the La Rance power plant (1996).

The high levels of predictability also yield high levels of efficiency. Due to the fact that water is denser than air, it can generate twice the amount of energy at the same time. However, tidal energy is intermittent, and the energy can only be generated if certain factors are present, in this case, the tides. The tide rises and falls at a specific time of the day resulting in limited hours of the day it can generate electricity. Assessment of Energy Production Potential from Tidal Streams in the United States a report presented in 2011 suggested by 2050 tidal energy can produce as much energy as 45% of fossil fuels.

As the technology that is currently used to generate tidal energy is relatively new, it is still very expensive and will take a few years to be more profitable. While the technology is much like windmills but is installed underwater, it can have some drastic impacts on sea life. The lack of research on the effects that it may have on the other animals makes it harder for people to invest in technology that might have a harmful impact. While people are reluctant to do so, they fail to realize that installing such plants and studying the effects is the only way to move forward.

Solar energy, just like tidal, is also renewable. However, while the latter needs the tides to work solar energy harnesses energy from the sun. As long as the sun remains, we can harness as much energy as we want. The earth’s surface receives an immense amount of sunlight and if properly harnessed, can lead to the production of more energy than needed. Due to the abundance of solar energy, it is also very sustainable and doesn’t compromise on future needs being met.

It is also an environmentally friendly way to gain energy as it has no carbon emission that can contribute to pollution and destroy our atmosphere. Not only is it good for the environment, but it is also available all around the world. This means that landlocked countries don’t have to depend on other countries. While it can be done with regard to solar energy, tidal energy cannot be created all around the world.

While there are many ways we can predict how the weather is going to be, there isn’t much that we can do if sunlight isn’t in the forecast. In case if you have rain forecasted for a month, you won’t be able to harness enough energy to meet your daily needs. This low level of predictability can cause a lot of problems as one may be at a significant loss if the panels don’t work after such an investment.

While the efficiency was significantly less in the past, recently an Australian scientist and his team have made the most effective solar panels that can harness up to 47% of the sun’s energy. While it still may seem less a lot of fossil fuel plants in the county are working on the efficiency of 30-36%. Such innovations have made solar energy the second most appreciated renewable energy source in the world.

While the efficiency of tidal energy turbines is significantly more than that of solar energy, the fact that solar energy is available all around the globe is a significant marketing factor. While it may have various implications for everyday use, solar farms are another story. They need massive places that get regular sunlight in order to be installed. While the question arises that whether or not we can construct solar farms in the deserts, the answer seems highly unlikely. While it may not have environmental implications on a personal level, it can lead to drastic changes in a desert ecosystem.

As research proves that only covering 1.2 % of the Sahara desert in solar panels can lead to the production of enough energy to meet the requirements of the whole world. It can lead to serious environmental changes, which goes against the reason why it is preferred in the first place. If solar farms are made in deserts, it can lead to increased rainfall and therefore increased vegetation. Even if the said amount of energy was produced, it would be impossible to report sustainable energy to the world as not every country has sustainable sources.

While solar power used to be extremely expensive, the prices have fallen drastically in the past few years. The decrease in the price range has now become a major contributing factor to a great number of people switching towards solar energy. The monetary concern is one of the reasons why many people prefer to invest in solar options rather than tidal. However, I recommend that one shouldn’t go completely off the grid. As predictability levels are less as compared to tidal energy, one should have a backup in case of emergencies.

People who want to switch to solar energy now have the facility to sell the excess energy that is produced by their solar panels and gain a significant cut in their bills. They have the opportunity to acquire solar panels without any down payment on installments that are customized to the needs of the customer. For example, all you need to do is type solar power Illinois, and you will get all the necessary information from solar panel purchasing to installation and other installment options that are available to the people in your locality. Before installation, it is integral to determine the condition of your roof and fix it before installation as it will not be as effective later on.

Switching to solar power does not only benefit the environment; it can also contribute to benefiting you personally by increasing the price of your house by an estimate of $25,000.If you do plan on switching to solar try to not hold back while spending on installation as it is just as necessary. If it isn’t done properly, it can reduce the level of energy harnessed by your panels and in return, not meet your daily energy needs. Hence if you serve Mother Nature, it is sure to do you a favour as well.

If you’ve read the above-mentioned points, you now have a comprehensive understanding as to what is happening in the renewable energy market all around the world and what kind of implications does it have for different climatic regions. With drastic changes in our environment, it is necessary for all of us to rise above our petty differences and look at the problem that may engulf our future generation. We need increased awareness about the repercussions of our delayed actions and indifferent attitudes towards the environment. While both tidal and solar energy has pros and cons, it is now up to the people to decide what they’re willing to do for their environment and how further studies are going to affect power consumption and production in the coming years. While many people in the West are switching to solar energy every day, the trend is somewhat limited in the East.

With two main world leaders of the west cleaning their hands of the responsibility of the environmental crisis that we are facing, the intellectuals of each nation now must contribute towards better energy sources. I hope the above-mentioned information aids your understanding of the matter at hand and further contributes to positive steps taken to counter the damage that has been done. While it may seem depressing seeing our leaders ridicule important matters of national security, our only hope is to make better personal choices that lead to the betterment of the environmental conditions. If you have any additional information, feel free to mention it in the comments below.

Louis Paulson is a graduate of California University and is currently working on his dream project of creating organic energy mixes. In his leisure time, he likes to write about climate change, energy, and clean tech.