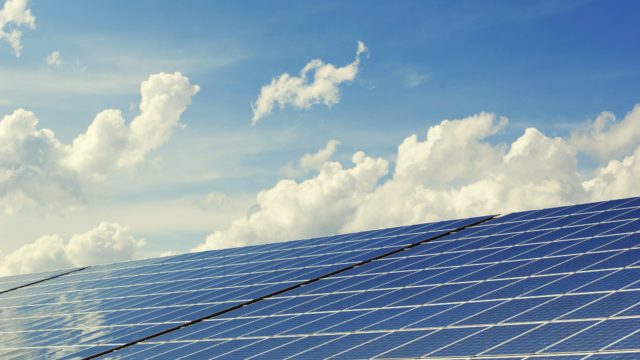 Solar power is undoubtedly one of the most popular sources for energy in this day and age. It’s one of the fastest-growing as well. Nowadays, almost every country in the world is producing solar energy. And it makes sense why. After all, our world heavily relies on fossil fuels, and while these provide us with sufficient energy, they are not really ideal in the long run. This is because fossil fuels are non-renewable, so once their sources dwindle, it will be too expensive and environmentally damaging to try to get them back. So, to solve this problem, we have to look for an alternative that is both cheap and safe. And luckily for us, we’ve found that solution in solar power.

That is why it’s such good news that the solar industry is booming in this current time. And it’s even better news that more and more solar power plants are being constructed because this would mean that it’s entirely possible for the world to run on solar power in the near future. And a lot of these solar power plants are incredibly huge, meant to power the houses of at least thousands of people. It’s the best news, indeed.

The Sweihan power project is a solar photovoltaic (PV) independent power project (IPP) that was originally proposed to be a 350 MW project. But because of the availability of additional land, the capacity has been increased to 1,177 MW. This plant is being constructed on a 780 ha site in the eastern part of Abu Dhabi.

The Sweihan solar power plant will feature efficiency monocrystalline PV modules. These modules will be mounted on a fixed-tilt ground-mounted supporting structure using an innovative module layout design. Upon its completion, it is expected to generate power sufficient to supply about 195,000 homes. Additionally, it is also expected to become the world’s biggest solar PV plant, dethroning Longyangxia Dam Solar Power Park in China.

The Longyangxia Dam is a concrete arch-gravity dam that was initially built for the purposes of hydroelectric power generation, irrigation, ice control, and flood control. But in 2013, a solar PV station was built, and this station, named the Longyangxia Dam Solar Power Park, was completed in 2015. The completed solar power park has a capacity of 850 MW, which can generate about 200,000 households.

Another fascinating thing about this solar park is the fact that it is integrated with the hydroelectric power station. The solar park is coupled to one of the hydroelectric turbines, and these turbines automatically regulate the output to balance the variable generation from solar before transmitting power to the grid. This system lowers the problems that are connected to variable solar generation, and it also helps conserve water.

Bhadla Solar Park is one of the largest solar parks in India. Spread over a total area of 10,000 acres of a sandy, dry, and arid region, the park currently has the generating capacity of 1,515 MW. However, it is projected that in the future, once its full capacity is operational, the park will have an ultimate capacity of 2,255 MW.

In May 2017, the park witnessed a historic low tariff of Rs 2.44 ($0.033) per unit. As a result, numerous companies secured commissions for the solar park. As of right now, solar accounts for 10% to Rajasthan’s total power consumption. The goal is to increase this to 17% by 2021.

The Pavagada Solar Park is a solar park spread over a total area of 13,000 acres. Pavagada was chosen for the site for the project because for one, it receives very little rainfall. It is also located in a semi-arid tract, atop an elevated plateau surrounded by rocky hills. With this, the area seems perfect to become the site for a solar park.

The Kurnool Ultra Mega Solar Park is a solar park that is spread over a total area of 5,932.32 acres in the Gani and Sakunala villages of Kurnool district. This park makes use of over 4 million solar panels with capacities of 315 and 320 Watts, and its total generating capacity is 1,000 MW. On a sunny day, it can generate more than 8 million kWh of electricity, which is enough to meet virtually the entire electricity demand in Kurnool district.

The Villanueva Solar Park is the largest PV project in Mexico and Enel’s largest worldwide. Spreading over 2750 ha of land in the barren, torrid expanses of Mexico’s highlands, the solar park has 2.5 million PV panels. As a result, it has a total installed power of 828 MW. As a result, it is reported that the park can generate 1,850 GWh yearly, which will be able to power over 1.4 million Mexican households.

The Rewa Ulta Mega Solar is an operational solar park that is spread over an area of 1,590 acres in the Gurh tehsil. It was implemented by Rewa Ultra Mega Solar Limited, which is a joint venture between the Madhya Pradesh Urja Vikash Nigam Limited (MPUVNL) and the Solar Energy Corporation of India (SECI). The park has an installed capacity of 750 MW, thus making it one of the largest single-site solar power plants in India as well as the world.

The Kamuthi Solar Power Project is a PV power station that is spread over an area of 2,500 acres in Kamuthi, India. This solar power plant consists of 2.5 million solar modules, 380,000 foundations, 27,000 meters of structures, 576 inverters, 154 transformers, and almost 6,000 km of cables. Upon its completion, the Kamuthi Solar Power Project has the generating capacity of 648 MW, which can power about 750,000 people.

The entire solar park is connected to a 400 kV substation of the Tamil Nadu Transmission Corporation. Additionally, the solar panels in this park are cleaned daily by a self-charged robotic system.

Solar Star is a solar PV power station located in Rosamond, California. Operated and maintained by SunPower Services, the station uses about 1.7 million solar panels, spread over a total area of 3,200 acres. When it was completed back in 2015, it was considered as the world’s largest solar farm with a generating capacity of 579 MW.

The Copper Mountain Solar Facility is a solar PV power plant in Boulder City, Nevada that is developed by Sempra Generation. The plant makes use of about 9 million cadmium telluride modules made by the US thin-film manufacturer First Solar. At the time of its construction, on December 1, 2010, the Copper Mountain Solar Facility was considered as the largest PV plant in the US at 58 MW. However, as of right now, the plant’s generating capacity has reached 552 MW.

Our world has been heavily reliant on fossil fuel for quite some time now, which is not really a good thing. Sure, they provide us with sufficient energy, but they’re also non-renewable. So, when we all run out of fossil fuels, it will be expensive and damaging to the environment to get them back. That is why as early as possible, we need to find a different source for generating energy.

Thankfully, we have solar power as a great substitute. And it looks like the world has caught on because almost every country is now producing solar energy. In fact, there are already quite a ton of large solar power plants being constructed everywhere. The ten here are only some of the largest.

There are still more that are being constructed, and the generating capacities for existing plants can still increase in the future. As a result, this list of the world’s largest solar power plants is going to change constantly. But as of right now, these are the ones that are stealing the show in the solar industry. And it’s a good thing that these exist and that more will come someday because that would mean that Earth will be powered predominantly by solar energy.