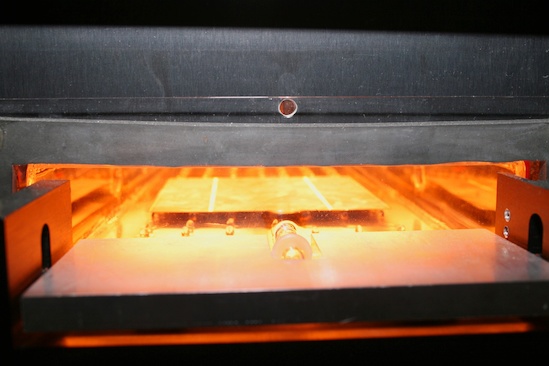 The past few years have seen some spectacular flameouts in the solar energy industry, with none so prominent—at least in the U.S.—as Solyndra. Many of these flameouts were startups, but some were bigger players. Now Suntech is in the hot seat. The Chinese manufacturer was one of the world’s biggest PV producers, but it recently declared bankruptcy because it had some problems, like not being able to repay $543 million to investors and being an alleged victim of roughly $720 million (in today’s dollars) in fraud last year. Many of these companies were casualties of market glutted with more modules than demand, forcing them to slash prices, but this may also be a turning point for the industry.

The road to clean energy from the sun is littered with salacious stories like those of Suntech or Solyndra. The latter declared bankruptcy after receiving a $535 million loan guarantee from the U.S. Department of Energy (Then it became fodder during the last Presidential election in the U.S., but President Obama and the DOE withstood the withering criticism over their support of solar, showing the nation’s increasing support for more solar). There are also a number of companies that have quietly gone bankrupt or stopped their solar efforts. For instance, General Electric shuttered its ambitious new thin-film manufacturing site in Colorado before it ever produced a commercial module there.

The number of solar companies that have failed or that have ended their solar endeavors is long, as Greentech Media recently observed in: “Rest in Peace: The List of Deceased Solar Companies.” GTM Editor in Chief Eric Wesoff notes that “We listed the more than 200 VC-funded solar startups back in 2008. We knew that we’d be writing about most of them on their way up—as well as on their way down.”

More are expected to fail. Late last year IMS Research made its top 10 predictions for the solar market in 2013. The company writes: “As 2012 comes to a close, fewer than 150 companies will remain in the photovoltaic upstream value chain, down from more than 750 companies in 2010.” Looking forward into 2013 it predicts, “Most of the consolidation will involve companies going out of business entirely. Many integrated players, particularly those based in China, will fold up shop in 2013.”

GTM anticipates that fully 21 gigawatts of PV module manufacturing capacity will come offline by 2015. Considering that IMS reported that 32 gigawatts of PV was installed throughout the world in 2012, that’s a loss of lot of the manufacturing capacity. But it may also bring some relief. Excess production and artificially lowering prices to capture market share (as the U.S. found in trade cases with China) is one of the things that has caused the industry so many woes. But even with help from China, those companies may only be able to keep their prices so low for a short period of time, even if they cut corners to put out an inferior product. This fire-tests competitors, making them better able to compete in the future.

As more companies go by the wayside and manufacturing overcapacity is drawn down, the remaining companies may be able to start breathing a little easier. After all, there’s now a worldwide market becoming increasingly eager to use solar. This means the customers are there, particularly as other energy sources like coal and oil are becoming more expensive and less desirable because of their pollution and the cost to deploy them. A 500-kilowatt coal generator takes a lot longer to install and get online than a 500-kilowatt PV array, for instance. To reach less expensive generation rates, the coal-fired power plant would have to be much, much larger, closer to 500 megawatts.  As all these things come together, the price of solar is expected to stabilize somewhat—industry experts still expect the price to continue to come down, but at a much more stable level. So, yes, the industry is somewhat ready for the shakeout and it will be painful, but it’s coming. This year there will be more trade cases, more company failures—but also, more solar than ever before.