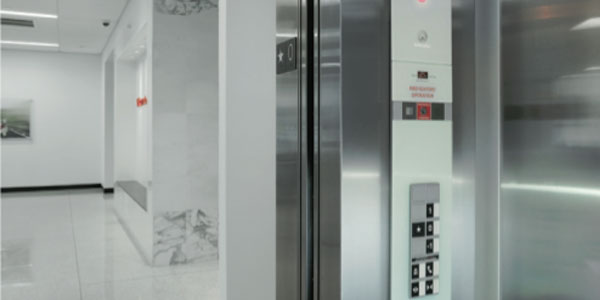 The last place you want to be when the power goes out is stuck in an elevator, and although you’ve probably never thought about it, wouldn’t it be much safer if it was powered by renewable energy?

Schindler, one of the biggest manufacturers of elevators, is marketing a solar-powered elevator starting this year.

Drawing power from roof-top solar panels sized specifically for daily traffic in elevators, it will operate solely on solar, power from the grid or a combination of both. A proprietary Hybrid Energy Manager stores solar energy in batteries until it’s needed.

“The Schindler Solar Elevator not only reduces energy costs and avoids the costly power-peaks caused when elevators begin each trip, but it can run independently of the power grid so it can continue operating during power interruptions or blackouts,” says Eric Rossignol, Schindler’s R&D system project manager.

The solar elevator is adapted from Schindler’s gearless machine, which the company says is 60% more energy efficient than hydraulic elevators. It uses less energy by minimizing the number of stops, using LED lighting and by enabling systems to go into standby power mode.

The elevator is being introduced in Europe and India this year and in the US and other markets in 2014.