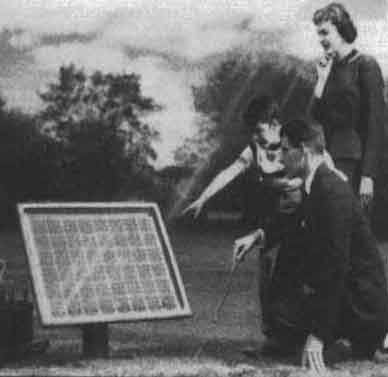 I’ll bet when you think of electric solar panels you think that this is a new technology, well it isn’t. Solar panels have been used and developed in the 1700’s in France. They took a while to catch on to the masses and even now they are slow to grasp the general public because of the expense of the equipment and the maintenance.

In 1954 we figured out how to harness energy using silicon-based solar cells in California, the sunniest of all places in the US. Which is the home of electric solar panels; this idea has been discovered and rediscovered many times. The issue is the expense of the equipment, weather and accessibility along with the monopoly of the electric companies.

Electric solar panels have been used in California, Texas and the plains states for many, many important things that have proven they would be great for the economy. So we must convince the Governments on a federal and state level to pass legislation to support solar energy.

When you think about it, solar energy has been used to water crops and feed livestock whereas before, farmers would have enormous energy expenses. This cuts into the daily living of the people who consume the meat and grain products that the farmers sell to the corporations. It is simple, when the overhead is crazy expensive, so is the product that we are purchasing and this is driving the economy into a worse situation, this is why we have to take action.

The Government did pass legislation in 1978 to allow alternative power sourcing companies to interconnect with the existing power companies. Shortly after that in California, the largest producer in electric solar panels in Irvine out of Camarillo CA. was born and still functions today maintaining their reputation.

Shortly after that, the LUZ-SEGS was born in the Mojave Desert. This is the world’s largest thermal energy facility. It looks really neat to visit if you get the chance and you are into alternative sources of energy.  It has the power plant in the background with rows and rows of mirrors that reflect the sunlight into the PV cells. The history of this company is interesting; they ran into financial issues and were sold but the new owners picked the business up again shortly thereafter and they are still generating power some 20 years later!

In 1996 the US Government began to run an extension of the ‘Solar one; program to the ‘Solar two’ program which ran until its end some years later. The programmer proved that the system could create, draw and use power even when conditions were cloudy long-term and when there was no sunshine at all.

There are many prototype town that are built solely on solar energy and electric cars along with crops and services which promote self-sufficiency. These prototypes are set to grow in the United States and in spotty parts of the world like Germany and parts of Scandinavia. For more information, please visit: electric solar panels in Irvine