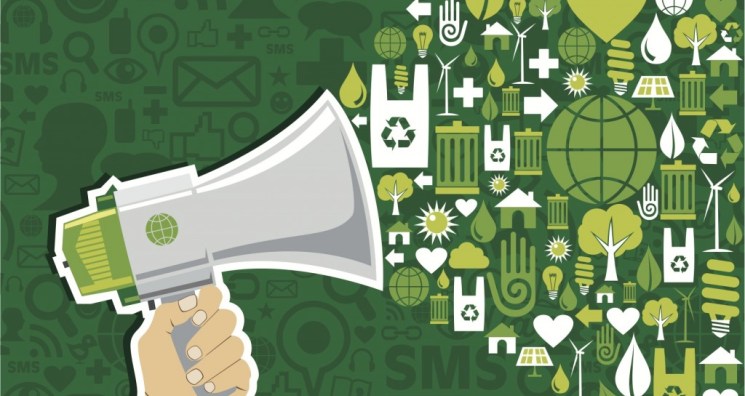 It took a couple of generations, but the global economy is finally veering toward being more energy-efficient, cleaner, and generally greener. The proof of the trend shows up in statistics, daily business practices, and the way consumers conduct their lives. Will the process continue? That’s anyone’s guess, but the fact remains that enough people, institutions, and entities have found energy efficiency to be a worthwhile, sometimes profitable endeavor. Homeowners are routinely opting for smart devices and appliances that emphasize cost-cutting and the wise use of electricity, water, and gas. Corporations that operate in the transport sector leverage the power of sophisticated fleet management systems to rein in fuel costs and save money in dozens of other ways.

Even startups and small entrepreneurs are getting in on the cost-cutting trend by operating virtual businesses that require no office space and have almost no impact on the environment. The move toward non-gasoline vehicles has been strapped with problems, but electric vehicle charging stations are popping up everywhere as the clean car infrastructure expands to meet wider demand.  Solar energy arrays for homes, offices and production facilities have also gotten over a decades-long hump of consumer reluctance. Newer, anywhere solar appliances and panels are showing up not just on rooftops of residential homes but also atop giant office complexes, parking garages, and in ground-based arrays in backyards and on farms.

Just be sure you pick reliable solar equipment suppliers with good reputations. Additionally, grocery chains are making efforts to source more of their products from local producers to save on transport expenses. Even cryptocurrency proponents are now pushing the cleaner way of building up the blockchain via POS (proof-of-stake) instead of the original POW (proof-of-work) method. Here are more details about how the global, national, and local economy is getting greener and cleaner.

As recently as the 1990s, few private homes used devices like programmable thermostats, light timers, water flow minimizers, and motion-sensitive appliances. Nowadays, new home buyers are hard-pressed to find houses that don’t come with most of those features as standard offerings. When consumers shop for add-ons and enhancements for their homes, they typically base their decisions on the monthly budget. The central question is not, “how good is this product for the environment?”, but “how much money can it save me on my monthly energy bill?”. Fortunately, the industry has responded by introducing numerous forms of technology that serve to vastly reduce the amount of energy required to operate a typical family residence.

Supervising the operation of a vehicle fleet is a complex task. However, modern managers use high-tech programs and software so they can check on efficiency levels any time they wish. That’s because the latest systems deliver reams of relevant data. What do supervisors learn from the detailed information? In addition to seeing precise GPS tracking stats on every vehicle in the fleet, they can track dozens of safety parameters, view truck maintenance schedules, learn each driver’s status with respect to HOS (hours-of-service) compliance, and follow every load to its destination, and more. The whole point of fleet management solutions is to cut down on the supervisory burden in a number of specific areas, including cost reduction, workflow planning, driver training, and general automation of multiple related tasks.

The legal and accounting professions pioneered the concept of virtual companies more than two decades ago when the internet was still in its infancy. The point was not about cutting costs or saving the planet. Instead, the effort was focused on figuring out how to serve a wider geographic base of clients without having to open dozens of branch offices. Once owners realized they could exchange sensitive files and hold virtual meetings via computer, the race was on to turn virtual operations into reality in many other industries. In the 2020s, brokers, banks, hedge funds, law firms, consulting agencies, marketing companies, and other non-labor-intensive corporations are choosing the virtual organization template when they open new offices and branches.

The growth of the EV market has been fraught with controversy and political haggling. Even so, there are now enough plug-in hybrid vehicles on the road to set the infrastructure-building trend in motion. The pure EV, which has no gasoline engine component and runs only on electric power, is still pretty much priced out of the market for a majority of car buyers. However, after most of the major manufacturers introduced plug-in hybrids, like the Chevy Volt, millions of consumers signed on to the idea of owning a vehicle that could run on plug-in power at least some of the time. As most traditional gasoline stations are now adding charging ports to their offerings, it’s a good bet that plug-in hybrid cars and trucks will dominate auto sales within a decade.

Solar panels, like EVs, have been around a long time but are only now becoming financially viable for large numbers of users. Two decades ago, rooftop arrays for private homes were prohibitively expensive, and only a tiny percentage of houses in upscale neighborhoods used them. Now, after a year of technological advances and price reductions in the industry, the square, dark-colored panels are a common sight in all parts of urban, suburban, and rural areas.

While most consumers are not aware of the massive trend toward minimal packaging, dozens of industries are fully cognizant of how much they stand to save by using smaller, more efficient packages for the things they sell. Not only do more diminutive packages cost less to create, but they also save on shipping expenses because they’re lighter and take up less space in delivery vehicles.

Some of the nation’s largest grocery sellers have discovered the economic benefits of sourcing much of their produce and other items from local sellers. Going local might mean all sorts of wonderful things for the environment, but it also translates into cost savings for store owners who are happy to pay less for the delivery of fresher, locally produced foods and specialty items. Long resisted by the major chain stores, local sourcing is now touted as a selling point to consumers who prefer to patronize in-state farmers.

Previous ArticleTop 10 Jobs in Solar Tech You Should ConsiderNext ArticleBuying Guide Solar Street Light Wholesale Price: How Much Do They Cost?