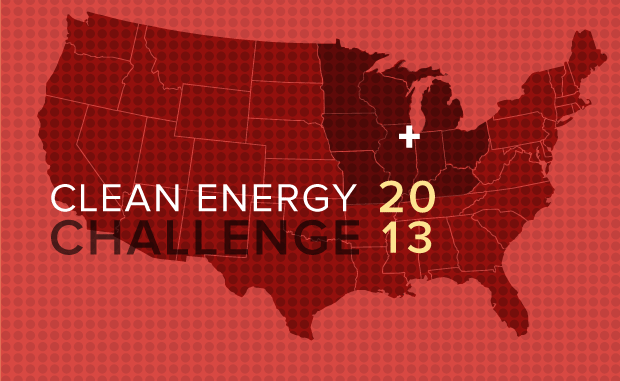 The 2013 Clean Energy Challenge, a contest sponsored by The Clean Energy Trustand its partners, has more than $300,000 in cash prizes for people developing the latest and greatest in clean energy business ideas. The challenge is for researchers, students and solar company startups with ground-breaking ideas or star-up companies.

It’s the third year of for the Clean Energy Challenge, and the organization received more than 100 applications for last year’s challenge. Last year it offered more than $250,000 in prizes, according to Sheridan Chaney, a spokesperson for Clean Energy Trust. Since its inception, more than 174 startups have applied to the competition. Since then contest finalists have leveraged more than $20 million in private investment and have created over 200 high-tech jobs.

“CET’s mission is to commercialize new cleantech,” Chaney said. “The Challenge takes a broader view.…Most finalists are presenting new technology, but a company that (for instance) offered a new model for financing geothermal could certainly reach the finals if the plan were strong enough,” she added.

This year Clean Energy Trust will help mentor finalists from Illinois, Indiana, Kentucky, Michigan, Minnesota, Missouri, Ohio and Wisconsin with their project and business plans in preparation for its April 4, 2013 final in Chicago. Contestants entries and subsequent work will be evaluated by a panel of judges made up of investors and clean energy business.

Up for stake is more than $300,000. Both competitions have grand prizes of $100,000. The student competition has an additional $10,000 in rewards for ideas from six of hte participating states. “The remaining $40,000 of the $300,000 for 2013 is distributed among some state-level prizes. For instance, there’s a $10,000 prize in Missouri for its early-stage winner,” Chaney said. “Challenge funding is always a little complex because there are number of different prizes. To avoid confusion (or perhaps create it), we tend to refer to ‘macro-dollars’ rather than split out the small prizes for state-level winners,” she said.

The challenge covers a range of technologies from solar to energy storage, to  energy efficiency, smart-grid and a host of other technologies. Applications are due Dec. 2.