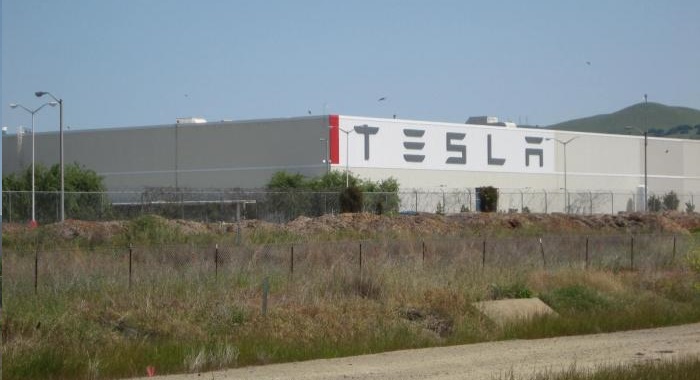 Very shortly, we will be ready to share more information about the Tesla Giga factory. This will allow us to achieve a major reduction in the cost of our battery packs and accelerate the pace of battery innovation. Working in partnership with our suppliers, we plan to integrate precursor material, cell, module and pack production into one facility. With this facility, we feel highly confident of being able to create a compelling and affordable electric car in approximately three years. This will also allow us to address the solar power industry’s need for a massive volume of stationary battery packs.

Musk said that Panasonic, currently supplying hundreds of millions of cells to Tesla would likely join in the new factory. Samsung has been mentioned as potential partner. I’ll throw in Apple as a potential partner; computers and tablets need lithium ion batteries (albeit in different form-factors) and there’s been talk of recent Apple-Tesla meetings.

The Tesla CEO envisions “a plant that is heavily powered by renewables, wind and solar, and that has built into it the recycling capability for old battery packs.”

“It is going to be a really giant facility, like say we are doing that something that’s comparable to all lithium-ion production in the world in one factory,” said Musk in a previous earnings call.

Investment bank Barclays writes, “For the time being, our model does not reflect the additional cost of building out a gigafactory, or the significant potential revenue that Tesla could generate from non-automotive sources such as grid storage. Optionality could provide upside for the stock, as investors consider the potential upside to revenue from non-automotive sources.”

“We believe the days when Tesla was known as purely an auto company are numbered,” wrote Morgan Stanley analyst Adam Jonas in a January research note, adding, “We are witnessing the most disruptive intersection of manufacturing, innovation and capital experienced by the auto industry in more than a century.” Jonas also claimed, “Tesla may be in position to disrupt industries well beyond the realm of traditional auto manufacturing. It’s not just cars.”

Global Equities Research analyst Trip Chowdhry, said New Mexico would be an “ideal” location for the $2 billion factory according to reports in the Albuquerque Journal. He told the Journal that he believes Tesla will announce plans to build the facility in New Mexico in the next “six to eight months.” According to the Journal, “The analyst said the factory would be capable of generating 30 gigawatts of production capacity a year, which would make it the largest such facility in the world. It may also manufacture a hybrid battery pack that could increase the driving range on Model S cars by 10 percent to 15 percent.”

An energy investor contact emphasized that the battery pack is the strategic component to Tesla’s vehicle, and just as Apple often does for critical technology, Tesla is vertically integrating — or possibly taking an Apple/Foxconn funded manufacturing partnership approach. “Musk has the ability to mark up the price of his high-end finished vehicle — whereas most battery manufacturers/developers are stuck in an incredibly competitive market, requiring massive scale, with little pricing power and visibility to end consumers.”