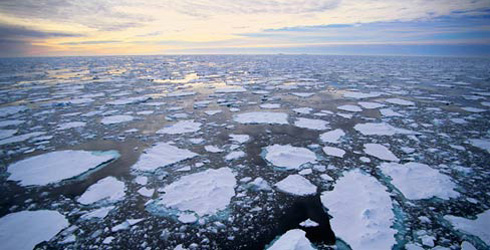 A new study has proven the obvious (okay, maybe the accepted) fact that humans are responsible for the climate change.

Published in the journal “Environmental Research Letters,” the new study surveyed thousands of peer-reviewed scientific papers to find that 97.1 percent of them agreed that climate change is caused by human activity.

“Our findings prove that there is a strong scientific agreement about the cause of climate change, despite public perceptions to the contrary,” said John Cook of the University of Queensland, who led the survey, to The Guardian.

The survey considered the work of some 29,000 scientists published in 11,994 academic papers. Of the 4,000-plus papers that took a position on the causes of climate change only 0.7% or 83 of those thousands of academic articles, disputed the scientific consensus that climate change is the result of human activity, with the view of the remaining 2.2% unclear.

Public opinion continues to lag behind the science. Though a majority of Americans accept the climate is changing, just 42% believed human activity was the main driver, in a poll conducted by the Pew Research Centre last October.

“There is a gaping chasm between the actual consensus and the public perception,” Cook said in a statement, reports The Guardian.

And it’s not just scientists that have proven and accepted this idea–the average individual has too! A new poll, commissioned by the Center for Biological Diversity and conducted by Public Policy Polling, reveals what Americans believe about population growth. Mainly that the growing human population is driving many species towards extinction and worsening climate change. The 657 respondents also reveal that they believe that population is an important environmental issue.

The specific findings, according to The Huffington Post, of the poll are:

The Center for Biological Diversity launched its human population campaign in 2009 to highlight the connection between the world’s rapidly growing population and the effect it has on endangered species, wildlife habitat, the climate and overall environmental health. As part of the campaign, the Center has given away nearly 500,000 Endangered Species Condoms intended as a way to get people talking about this critical issue.

The Center advocates for a number of ways to address population, including universal access and adequate funding for family planning services, empowerment of women, sustainable development, a reduction in the consumption of natural resources and personal decisions that lessen the impacts on wildlife and the environment.

If we’re going to address some of the biggest environmental problems we face, population has to be part of the conversation. This poll is evidence that Americans are ready to start talking about population and dealing with impacts.

More specifically, the survey revealed that 50 percent of Americans ”are convinced the climate is changing” and another 34 percent believe it “is probably changing.” The findings of this study are significant, since the researchers claim that this is the highest quantitative findings of belief in climate change since 2007. Just last year a Gallup poll, released in March 2012, revealed that 30 percent of Americans worried about global warming “a great deal” and another 25 percent worried about it a “fair amount.”

What’s more, the Duke study found that 54 percent of Americans felt that climate change was caused by man-made causes and 64 percent felt that new regulations need to be implemented to control the greenhouse gas emissions. that said, when it came to taxes on carbon emissions, a mere 29 percent vocalized support.