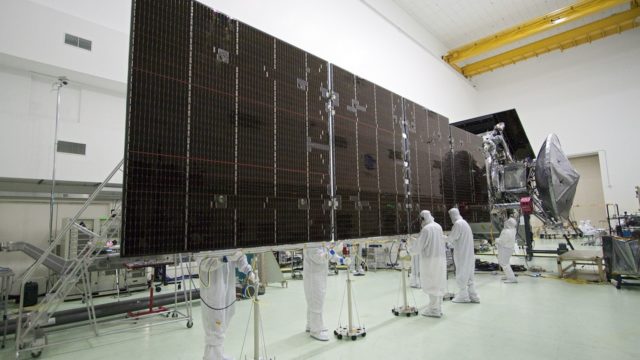 The solar industry has been booming recently, and it’s showing no signs of ever slowing down. As a result, sometimes, it feels like that as solar installers, you’re getting way too behind on a lot of things related to solar. And as solar installers, staying well-informed about what’s going on in the industry is an incredibly important thing. Especially if you want your business to succeed. But the problem now is: how exactly do you stay updated with regards to an industry that’s growing on such a fast rate?

Table of Contents hide
I. 10 Solar Statistics You Need to Know About
I.I. The Number of the Global Solar PV Installed Worldwide Has Been Growing Since 2011.
I.II. Solar Energy Employment in the United States Has Increased.
I.III. For the 6th Straight Year, Solar Was One of the Top Two Sources for New Electricity Generating Capacity in the U.S.
I.IV. Multiple Manufacturers Offer Solar Panels Today Above 20% Efficiency.
I.V. California Is the Leading State for Solar Generation.
I.VI. Legacy Markets Will No Longer Be the Primary Engines of Growth.
I.VII. Residential Installation Growth Exceeded Expectations for 2018.
I.VIII. However, Non-Residential PV Shows 8% Decline from 2017.
I.IX. In Germany, Renewables Generated More Electricity Than Coal in 2018.
I.X. IEA projects 4.3 GW-AC of Global CSP Installations from 2018 to 2023.
II. Takeaway
II.I. Share:
II.II. Related

Luckily, there are quite a lot of things that you can do to stay updated. The obvious thing you can do is to follow online solar publications that publish solar news regularly. With that, you’ll have to follow solar influencers in their active social media accounts because they will likely post about the news first. Aside from that, you can also choose to engage in solar forums or to attend solar events like solar conferences and solar trade shows. And last but not least, you can read up on various researches about the industry. This would include research findings regarding solar customers and, of course, statistics about the state of the solar industry and its growth.

To help you get up to speed with the solar industry, here are ten solar statistics that you need to know about.

10 Solar Statistics You Need to Know About

The Number of the Global Solar PV Installed Worldwide Has Been Growing Since 2011.

In 2013, it was reported that two-thirds of all solar photovoltaic (PV) capacity in place worldwide had been installed since January 2011. And it was also reported that this number will likely double in the years to come.

That fact is impressive on its own because it shows a massive growth for the solar industry. But what makes this even more impressive is when you put into the bigger picture of the solar industry growth. In the past, it took nearly four decades just to install 50 gigawatts of PV capacity all over the world. But during 2011-2013, the industry was able to jump from 50 gigawatts of PV capacity to just over 100 gigawatts. Additionally, around the same time, the global module prices had fallen 62% in 2013 since January 2011.

And as if that’s not impressive enough, in 2015, the solar industry managed to install another 100 gigawatts worldwide. This number is nearly double the solar capacity in the past 2 and a half years. And it’s been reported that the number will continue to grow in the next few years.

Interested to learn more about this statistic? Read more here.

Solar Energy Employment in the United States Has Increased.

The Solar Foundation, one of the trusted solar organizations in the U.S. and all over the world, has reported that there are now 242,343 solar workers in the country. This is a massive increase from the 93,502 workers employed way back in 2009. Aside from that, the organization also reports that in 2018, solar jobs increased in 29 states, including many states with emerging solar markets. This outlook for solar jobs is expected to improve even further in 2019, with survey respondents predicting that solar jobs will increase 7% this year, thus bringing the total to 259,400 jobs.

For the 6th Straight Year, Solar Was One of the Top Two Sources for New Electricity Generating Capacity in the U.S.

In addition to that, the U.S. installed 10.6 gigawatts of solar PV capacity in 2018, thus reaching 64.2 gigawatts of total installed capacity. To put things into perspective, this number is enough to power 12.3 million American homes and to charge every phone on the planet for ten years. This does show a massive growth for the solar industry.

As solar costs are rapidly declining, solar panel efficiency levels have been steadily increasing. This is all thanks to the scientists in the industry who are focused on the need for innovation in solar technology.

To put things into perspective, in 2013 — which is just about five years ago — the most efficient solar panel that people could buy was 17.8%. However, in 2018, people can now get affordable prices for solar panels with 20% to 23% efficiency anywhere in the U.S. What’s more, researchers have managed to achieve 46% efficiency in certain laboratory tests using advanced cell structures. And though these particular solar panels aren’t really available as of right now, there’s a strong chance that in the near future, they will be.

California Is the Leading State for Solar Generation.

California is by the far the undefeated leading state for solar generation in all of the United States. Based on data from the SEIA/GTM Research Solar Market Insight Report, there are about 6,368,607 solar projects all over the state of California, with a total of 24,464 MW installed. This number is far larger than the next leading state’s number — 635,152 solar projects with 5,261 MW installed (North Carolina). After California and North California, the following are the other leading states in the country:

Legacy Markets Will No Longer Be the Primary Engines of Growth.

It has been mentioned earlier that California is the leading state for solar generation in the U.S. It is also expected to be the largest market for the foreseeable future because of the state’s sheer size. However, even though that is the case, it doesn’t really mean that California will be the primary engine for growth.

According to SEIA, the regional growth landscape began to shift and diversify in 2018. Out of the top 10 markets in 2017, six markets experienced annual contraction in 2018 while another two experienced double-digit percentage growth. Additionally, a handful of states are leapfrogging developed markets. For example, both Texas and Florida saw installations that surpassed legacy markets Maryland and Massachusetts last year, thus signalling new state-level leadership on residential solar development.

In other words, in 2018, a pivot from legacy, incentive-driven markets and the emergence of low-penetration markets with limited third-party ownership options, good PV resources, and low electricity rates have been seen. And this is a trend that is expected to continue in the future.

Thanks to strong showings in California, Nevada, and Florida, 2.4 GWdc of residential PV was installed in 2018. This was a 7% increase from 2017. As a result, the residential installation growth exceeded expectations for 2018.

However, it should still be noted that higher costs of customer acquisition will challenge the industry to innovate, especially when major state markets continue to grow past early-adopter consumers. But other than that, residential installation growth seems to be going strong recently.

However, Non-Residential PV Shows 8% Decline from 2017.

Unlike the case of residential PV, non-residential PV did not receive the same growth. Instead, only 2.1 GWdc of non-residential PV was installed in 2018, which was an 8% decline from 2017. This decline was caused by a handful of state-specific regulatory cliffs and policy reforms that took effect in 2018.

In particular, California’s market fell 17% year-over-year, but the decline was considered to be not as severe as previously anticipated, thanks to the extent of California’s pipeline of projects grandfathered in under solar-friendly time-of-use rates. However, Massachusetts witnessed a 64% year-over-year decline in capacity installed as the solar industry was waiting for the start of the Solar Massachusetts Renewable Target (SMART) program. As a result, when combined, these two states saw a year-over-year decrease of more than 450 MW of installed non-residential PV capacity.

In Germany, Renewables Generated More Electricity Than Coal in 2018.

According to the Fraunhofer Institute, renewables in Germany generated more electricity (41%) than coal (38%). This statistic is impressive because this is the first time that renewables reigned supreme over coal. In other countries, particularly the U.S., coal is still the primary source that generates electricity.

In October 2018, the International Energy Agency (IEA) released its Renewables 2018 report, and it was in this report where they reported that they expect 4.3 GW-AC of Concentrated Solar Power (CSP) will be installed from 2018 to 2023. Additionally, the organization projects that most installations will come from China (1.9 GW), Morocco and South Africa (1 GW), and the Middle East (1 GW).

This projection shows a 32% faster growth for CSP than from 2012 to 2017. It will also possibly change the landscape of the solar industry considering that right now, PV dominates the industry. But the rise of CSP might challenge that.

With the steady rise of the solar industry, it sometimes feels overwhelming to stay updated. And this can be a problem because as solar installers, it’s crucial for you to be updated since this is the only way to succeed in the business. Thankfully, there are various ways to catch up on everything that’s happening in the solar industry. And one of them is to look up various solar statistics out there.

It is not an understatement to say that there are so many statistics about the solar industry that you can find. In just the U.S. alone, you can find plenty, and you’ll definitely find more when you focus on a global scale. These are only some of the statistics that you need to know to get up to speed with the current state of the industry. Continue looking for more statistics out there because they change as time progresses. And once you’re up to speed with everything that’s going on in the industry, you can use your insights to drive forward your solar installation business.