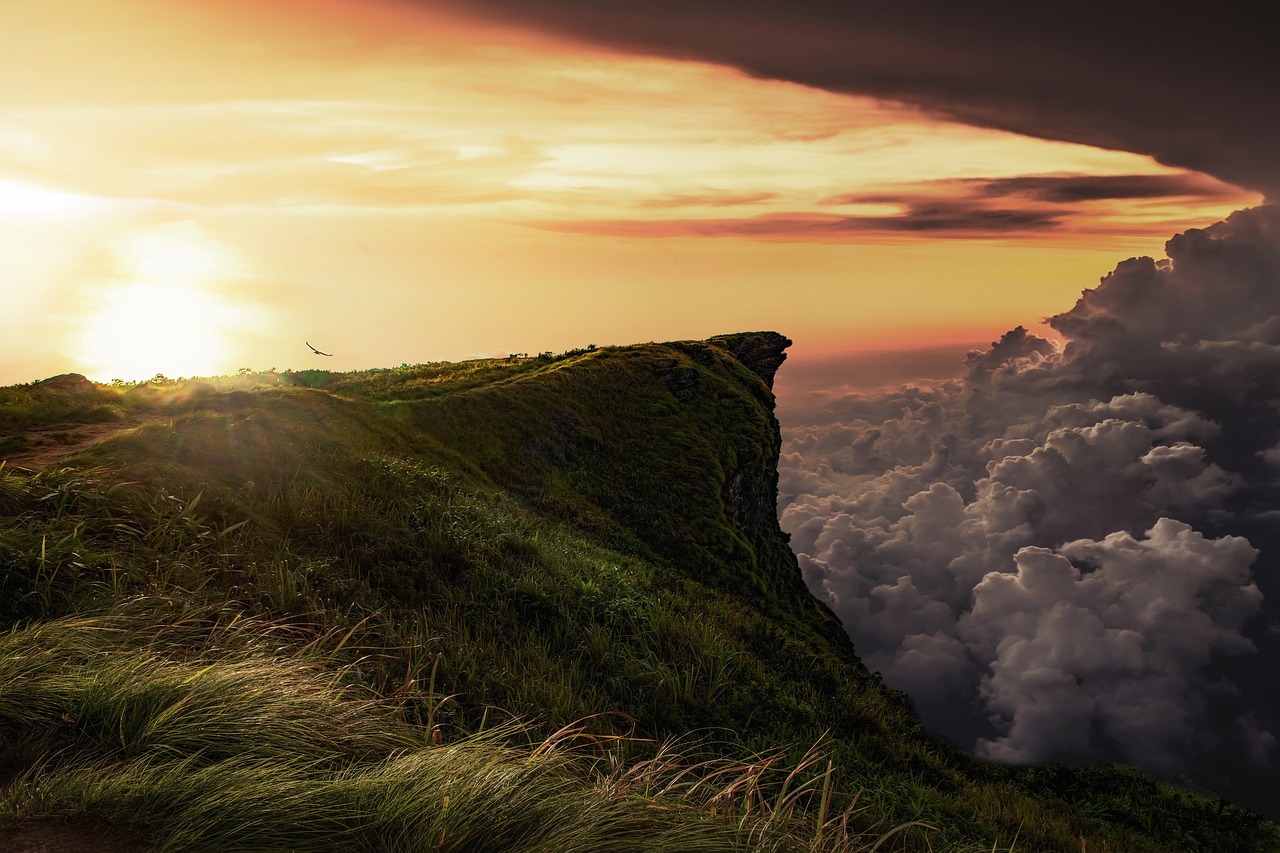 In solar energy vs. natural gas face-off, solar is likely to out-compete natural gas all over the world in the near future.

It is not just a statement; this major change may happen in the energy sector based on a levelized cost of solar and gas.

According to Tom Heggarty, Senior Solar Analyst, Wood Mackenzie Power & Renewables, solar is going to be cheaper than natural gas by 2023 in nearly every country.

The current scenario, however, is not reflecting the future. New combined-cycle gas plants are still competitive along with new utility solar in many big markets today, starting from China to the US, to South Korea.

Things are expected to change from the early 2020s, as the costs of equipment will keep falling and competitive auctions will increase rapidly.

In the US, 39% of all energy consumed, is used in the production of electricity. Using electricity is a significant part of consumers’ environmental footprint.

The technologies that are currently implemented in the US for the production of electricity include coal, natural gas, biomass, oil, nuclear power, hydropower, and both solar and wind power.

Now, considering factors such as sustainability, ease of production, mass reach, and cost, solar energy may soon be predominant in the energy landscape in the US and across the world.

The purpose of this article is to compare solar energy and natural gas from feasibility, benefits, cost, and environmental perspective.

How is Solar Energy catching up with Natural Gas?

During the past decade, natural gas has been one of the predominant energy sources in the energy sector.

Coal is getting rare, expensive, and harmful for the environment as it contains pollutants. Due to these factors, not too long ago natural gas turned out to be one of the best replacements.

Natural gas gave hope to the governments and businesses all over the world as it has been less expensive than coal and could drastically reduce carbon emissions.

In fact, the shift from coal to natural gas is a major reason why emissions in the US have declined over the past few years.

This upper hand of natural gas over coal made it the energy source for the future.

There is, however, a twist the way things have turned out after the rise of the solar industry.

During the last few years, the cost of solar and wind has been falling fast, even below the cost of new gas in an increasing number of regions.

Subsequently, the cost of solar batteries started dipping as well and diminished the flexibility of natural gas.

The increasing competitiveness and lower cost of solar energy plus storage made things difficult for natural as solar could play all the roles. Also, the source of solar energy is unlimited, which proved to be a distinct advantage.

According to recent forecasts, solar energy may get cheaper to build new renewables plus storage than operating existing natural gas plants by 2035.

It means the existing natural gas plants today could become uncompetitive well before their lifespan.

In addition, the impact of natural gas on the environment has been in focus after a series of reports.

Recently a scientific study has shown that methane emissions are much higher during the lifecycle of natural gas than previously estimated. Such studies have seriously dented gas’s advantage over coal.

Natural gas is not compatible with a net-zero-carbon future unless there is a massive infrastructure to capture and bury its carbon emissions.

Still, it may be too early to say that it is the end of the road of natural gas. However, the writing on the wall is getting clearer, and the end may happen in the near future.

Solar energy is beating both these types of natural gases in terms of efficiency and cost. On top of it, solar is fast, flexible, and can be stored for future use. All of these factors have taken a toll on gas.

Solar power is considered the key to a clean energy future. Here are some obvious benefits of solar energy compared to natural gas.

Every day, the sun provides abundant energy that we can convert into solar power. Unlike other energy sources, including natural gas, solar energy will not run out.

The efficiency of solar energy depends on technologies to turn it into electricity in a cost-effective way.

Solar is a Clean Energy

No carbon emissions happen when using solar energy. Because the sun provides clean and renewable energy, which makes it sustainable for a lifetime. On the other hand, there is a high concentration of methane (75%) present in natural gas, which is harmful to the environment.

Once solar panels are installed, operational costs are quite low compared to natural gas.

No fuel is required for operating solar panels as they produce solar electricity directly from the sunlight. It means there is hardly any cost for running and maintaining solar panels.

Solar Energy has a mass reach

Residential consumers can easily install solar panels at their households and produce electricity for their personal use. This way they can save a substantial amount of electricity bill, especially during peak summer or winter, when energy usage is the maximum for cooling and heating.

Does Cost of Solar vs. Natural Gas make all the difference?

In solar energy vs. natural gas cost analysis, the Levelized Cost of Energy (LCOE) of solar is already lower than the LCOE of natural gas, even without considering subsidies and environmental benefits.

In the southwest of the US, for example, solar is the cheapest. As costs keep dropping, areas where renewables beat new CCGT will grow and spread.

According to the Public Policy Institute, the average prices of natural gas per 1,000 cubic feet in the US are below:

According to EnergySage, in 2019, the average cost of installing solar panels is $3.05 per watt.

A natural gas plant takes three to five years, whereas building storage power stations can be done a lot quicker.

In fact, Tesla had claimed that they could build the world’s largest battery bank in 100 days, and they did so in the form of Hornsdale power station in South Australia.

Batteries can also provide other services to the grid, including voltage support, frequency regulation, and can do this faster and more accurately than natural gas plants.

Why are Regulators moving away from Natural Gas?

In recent years, regulators have observed the falling cost of renewable energy, maturation of energy storage, and rapidly changing customer demand. This trend made them realize that investing in gas plants could be uneconomical in the future.

The situation is still far from over for natural gas. In 2018, natural gas provided power to more than 60% of newly installed electric-generating capacity and accounted for 35% of total electricity generation in the US. However, that is about to change.

Now, natural gas is facing intense competition from solar and wind, along with storage technologies.

Particularly, solar energy is expected to be the fastest-growing source of electricity production, outpacing gas for the next two years.

Electricity production from utility-scale solar is likely to grow by 17% in 2020.

Because of the increasing importance of renewable energy, state policymakers are adopting policies that support the build-out of solar plants to obtain electricity from zero-emission sources. Also, energy storage targets have been set.

Solar energy does not emit carbon dioxide or other air pollutants, and its current integration cost is low. These factors will make solar a low-cost incremental source of power in the years to come.

Solar energy has another price advantage over natural gas. The cost of solar energy is expected to fall further, while the cost of gas production can be volatile since it is connected to the commodity price of natural gas.

Bloomberg New Energy Finance reported that solar and wind are now the cheapest energy sources across more than two-thirds of the world. Also, by 2030, these two types of energy will undercut commissioned coal and gas nearly everywhere.

According to Wood Mackenzie Power & Renewables, storage battery prices are going to fall by more than 80% by 2040.

Also, investing in new gas plants is beginning to be perceived as risky due to climate change concerns.

Concerns about methane leakage in natural gas production and its harmful effect on the environment are the beginning to its end.

According to scientists, restricting global warming to 1.5° C (2.7° F) above pre-industrial levels is necessary for preventing the worst effects of climate change.

It is only possible to minimize the impact of climate change if emissions in the power sector emissions fall close to zero. It means most of the planned and existing gas plants need to be abandoned before the end of their life span.

The further reduction of the cost and modest $7.50 per ton price on carbon emissions, solar energy will be even cheaper.

Even in the regions where natural gas is the most cost-effective energy source, it carries significant economic and environmental risks. This way, the natural gas plants would become stranded assets.

Over the years, natural gas has been considered as a low-cost and cleaner-burning alternative to coal.

For a certain period, the transition from coal to natural gas has provided significant benefits when it comes to reducing GHG emissions and air pollution.

Now, in recent years, renewable energy like solar has quickly caught up to natural gas and it could end the reign of natural gas, especially considering its environmental implications.