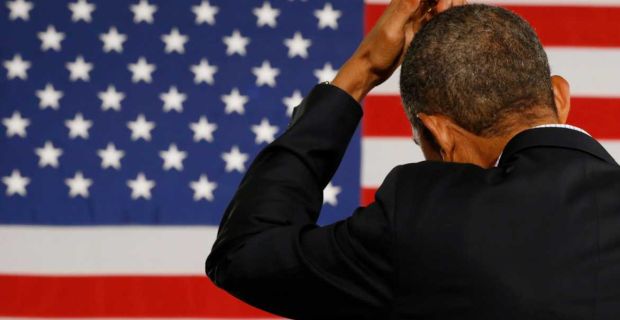 On Oct. 1, 2013 the U.S. government shut down over Congress’s inability to pass a funding bill. The shut down is primarily being blamed on the Republican-controlled House, which has tried to eliminate funding for Obamacare—or at least delay it for a year. Thus far, they’ve tried to de-fund or eliminate the program through various procedures more than 50 times and each one has failed. Now they’re holding the federal government’s employees and its work for the public hostage in an attempt to route the health care program. And while solar isn’t the first concern as this stalemate continues, the solar industry could be affected in a number of ways, ranging from research to incentives to regulating the electric grid.

The shutdown is affecting roughly 800,000 federal employees, who were furloughed without pay as soon as the shutdown started. Government agencies like the Department of Energy are running on skeleton crews, and if Congress fails to act, even more could be furloughed as operational budgets for essential programs dwindle. Of the DOE’s 13,814 employees 8,471 are furloughed, with the remaining employees watching over essential activities like monitoring hydroelectric dams and nuclear materials. A total of 3,106 people employed by the DOE are not affected by the annual appropriations resolutions and will continue to work, according to the DOE. Still, that’s a drastic reduction of employment and means that pretty much any solar work at the federal level will be halted.

For instance, the two DOE offices with the most direct impact on solar, the Advanced Energy Research Projects – Energy (ARPA-E) will have no employees during the shutdown. The Office of Energy Efficiency and Renewable Energy (EERE) will have one employee during the shutdown. ARPA-E supports new, high-risk technologies that can have huge paybacks. EERE operates the National Renewable Energy Laboratory and supports clean energy throughout 10 programs. Matthew Stepp, a Senior Policy Analyst with the Information Technology and Innovation Foundation (ITIF), observed that the shutdown affects the management of nearly $5 billion in clean energy innovation projects.

“The federal government is a cornerstone of energy innovation and its investments are critical to the global economy running on cheap, clean energy just as much as its critical to the lights turning on in today’s fossil-fuel driven economy,” Stepp wrote. He added, “Political gamesmanship and gridlock is already deeply harming America’s ability to innovate breakthrough clean energy technologies due to budget cuts and sequestration. The government shutdown is just the latest—and harshest—reality of a governing body unable to invest in the future.”

The Treasury Department, which doles out solar incentives and rebates through tax breaks and other means, will retain only 20,000 of its 110,000 employees during the impasse. As such, processing of incentive claims for newly installed solar arrays are more than likely to be delayed.

The Federal Energy Regulatory Commission (FERC), the U.S.’s energy regulator will also furlough employees after it runs out money, according to Greentech Media’s Stephen Lacey. “After it runs out of money, the nation’s top energy regulator will be forced to furlough around 95 percent of its staff, retaining only five commissioners and a few dozen employees,” he said.

“It will take days—or even weeks—for the full impact to be felt at agencies. Congress could still come to an agreement on funding the government soon,” Lacey said. “But with House Republicans unable to drop a controversial provision to delay Obamacare, it’s possible the shutdown will continue.”

Even if the shutdown lasts for just days it could impact the U.S.‘s energy research efforts, Stepp contended. “If it extends longer, America’s overall standing as an energy innovation leader begins chipping away. The ball is in Congress’s court not only to turn the governments lights-on and let the country’s leading energy innovators get back to work, but also to reverse a staggeringly chilling trend of not aggressively supporting energy innovation,” he said.