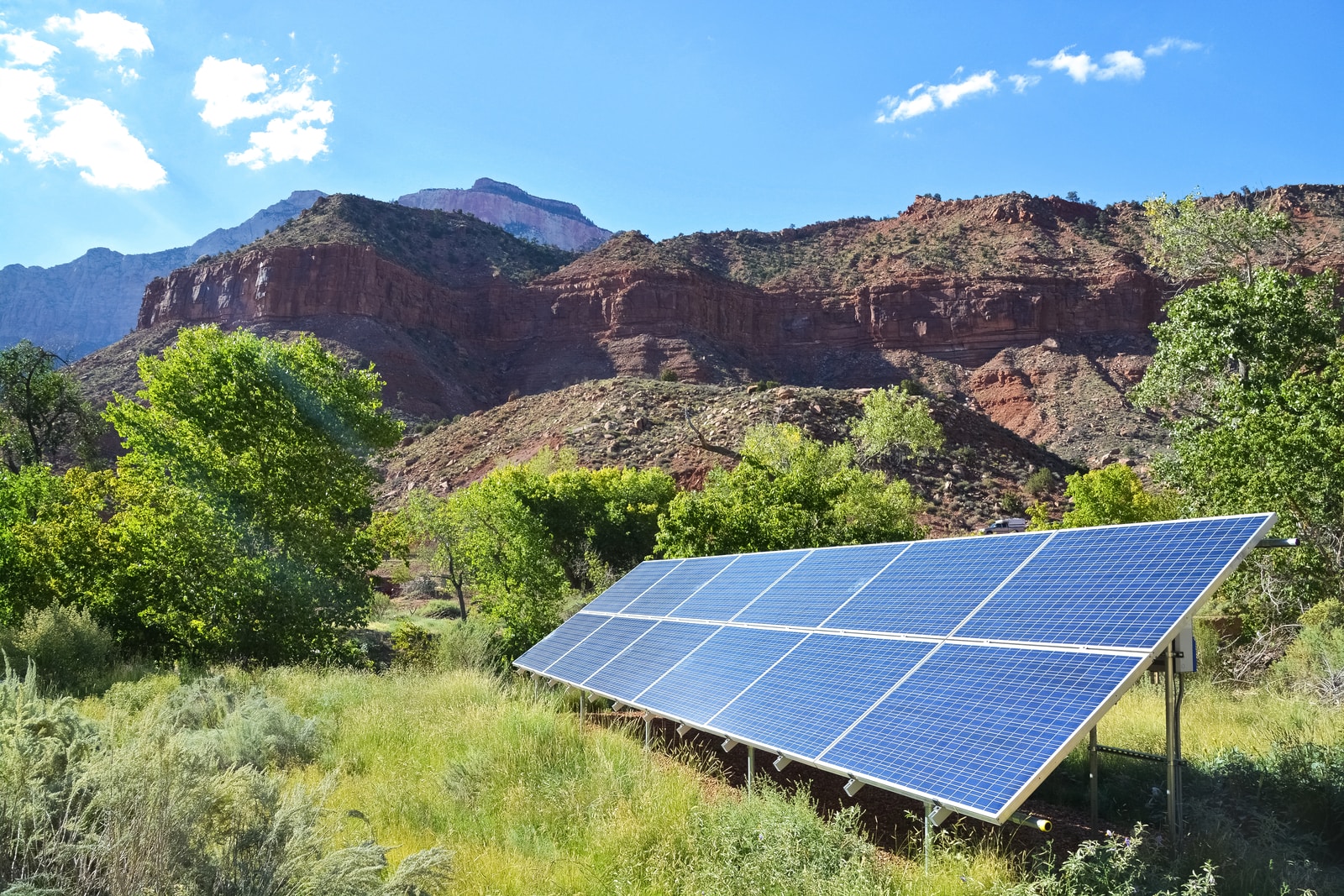 In 2021, the sales of solar PV modules in Germany increased by almost 10% compared to the previous year, 2020. According to the preliminary balance sheet of the German Solar Industry Association (BSW), the country made significant growth in the solar PV market by deploying around 240,000 new solar PV systems obtaining a total output of 5.3 gigawatts (GW) last year.

The climate protection projects of the traffic light coalition of the new German government also added that the newly installed solar PV capacity will triple its capacity in the next coming years. In Particular, they are aiming to reach 200GW by the end of 2030. BSW also said that currently, solar photovoltaic systems cover around 10% of the domestic electricity consumption in the country.

With all these developments, the solar PV segment is expected to drive the German solar market in the next coming years.

From quarter one, the month of April is the booming month in terms of new PV installations. The huge portion of April’s newly installed PV is represented by ground-mounted solar projects selected in tenders.

Additionally, the federal network agency, the Bundesnetzagentur, made a forecast that Germany will gain an additional 619.4 MW of new PV capacity in April. This figure is higher than the installed solar capacity in March which is only 548.6 MW. Meanwhile, in the half-year of 2021, the country registered new solar PV systems in June obtaining a total of 430 MW and was connected to the grid. At the end of June, Germany obtained a total of 55.3 GW cumulative operational solar capacity from subsidized PV systems.

However, the demand for smaller-scale PV systems, particularly those ranging from 300 to 750 kW has experienced slow growth. Despite the rapid increase in larger-scale, the smaller-scale PV installations only got 243 MW.

Furthermore, the Federal Network Agency of the country (Bundesnetzagentur) revealed that in the last month of 2021, Germany successfully added a new solar PV capacity accounting for 421 MW. All in all the total capacity of the newly installed solar PV system reached 5.26 GW, which beat the total solar capacity of 4.88 GW in 2020. On average, the current annual capacity increased by around 0.34 GW than the previous year. For comparison, Germany achieved a total solar capacity of 3.94 in 2019, 2.96 GW in 2018, and1.75 GW in 2017. Over five years, Germany indeed showed that its solar energy market is continuously growing as years pass by.

Germany Solar Market by the End of 2021

Although commercial buildings’ solar installments were dropped in 2021, the demand for solar systems for both residential properties and ground-level solar parks increase rapidly in the same year, according to the German Solar Association (BSW) reports.

Thus, Germany still managed to increase its annual sales of solar panels in 2021 by nearly 10%, sold around 240,000 solar PV systems, accounting for 5.3 GW, and each system was deployed across the country. With this increase in solar capacity, the country’s solar power share on electricity consumption also rose, making a fair share of 10%. This all came from the solar PV system.

In 2021, forty-six percent (46%) of the net public power generation in Germany came from renewable energy. The installed solar PV systems in the country generated around 48.4 TWh electricity in 2021, wherein 44.6 TWh were connected to the German grid while 3.8 TWh were consumed by individuals. In November, the newly added 4.9 GW capacity boosted the cumulative capacity by 58.6 GW. With this capacity increased, PV solar plants managed to generate higher electricity from March to August compared to that coal power plants, and also higher from the gas-fired power plants in April to October.

According to Fraunhofer ISE, the largest solar energy research institute in Europe, the percentage made in 2021 was down from 50% in 2020. Besides, the solar PV generation was up to 0.7 terawatt-hours (TWh). But it was stated that the reason why clean energy’s share of power dropped in 2021 was due to less wind energy production, at minus 16.1 TWh compared to 2020.

Between January and August 2021, solar PV installations in Germany managed to generate 40.7 terawatt-hours worth of electricity despite the comparatively cloudy summer season. Based on the statistics from AGEE-Stat, a renewable energy statistics group, the generated electricity in 2021 is merely the same as the result in 2020, although much more sunshine hours were recorded in the previous year.

Furthermore, solar PV systems produced six terawatt-hours of electricity in August, the same as in August 2020. By the end of July, A net total of 893 megawatts (MW) PV system has been recorded in 2021. Compared to the 1st and 2nd quarters of 2020, the generated electricity of the solar power system is 5.4 percent higher.

According to the Federal Statistical Office (Destatis), in Q3 of 2021, the largest share of Germany’s electricity generation still came from other traditional energy sources, such as coal, natural gas and nuclear. So, expanding the installed solar PV plants in the country should be prioritized to make it the major contributor of electricity in the country.

In line with that, the new government of Germany sets a new goal by the end of 2030, which is to produce 80% of electricity from renewable energy, and this includes solar energy. From the current 59GW, they also aim to add new solar projects to increase the solar capacity by 200GW in 2030.

Since 2003, solar energy usage has increased continuously since the sunlight is readily & freely available, it is unlimited and abundant. Thus, the application of solar photovoltaic systems gained more and more attention over the years.  In 2021, the solar PV systems shared 8.8 percent of Germany’s generated electricity.

Apart from solar energy is free, unlimited and unrestricted, the increasing share of solar PV to Germany’s power generation is also caused by the lower cost of solar equipment and components. A stronger awareness of the people about the importance of renewable energies also increased the deployment of more solar PV projects. Meanwhile, the share of other energy sources such as nuclear and hard coal at Germany’s power generation experienced a decline.

Aside from solar energy, other renewable sources such as water, wind, biomass and geothermal energy also play a vital contribution to electricity generation in Germany. So far, the renewable energy source that shares the largest portion of Germany’s electricity supply is wind turbines.

The latest BSW industry barometer, a representative survey of more than 200 solar PV companies, reveals that the German government plans for solar power give the solar industry a positive solar market outlook for 2020. However, while the demand for solar PV systems in the residential sector and solar parks erected at a ground level significantly increased last year, the newly installed photovoltaic capacity for commercial roofs is expected to fall in some cases.

Based on PV magazine, in the first month of 2022, North Rhine-Westphalia (NRW) and Baden-Württemberg did the honour to be the first states to execute the solar-PV obligation for some solar power projects. Baden-Württemberg requires all owners of any commercial and institutions to install solar rooftop power systems on their properties. In May 2022, residential owners will be obliged also to take the solar rooftop requirement. In 2023, the mentioned solar PV obligation will become mandatory for all new and old residential, commercial and institutional buildings in Baden-Württemberg to hit the goal of climate neutrality by the end of 2040.

Meanwhile, in North Rhine-Westphalia, every commercial car park comprising more than 35 spaces is required to install a solar PV system. In the next coming months, other German states are all expected to follow the solar PV obligation under the same legislation.

With the newly solar obligation agreement executed by the German government, a solar rooftop PV system is set to be mandatory for every residential and private property as well as commercial businesses and other facilities for the coming years. It will be considered as the new “solar rule” to achieve the neutral climate of the country and make solar energy one of the major sources of electricity in entire Germany. As of now, the country is consuming electricity from solar PV panels by 9%.