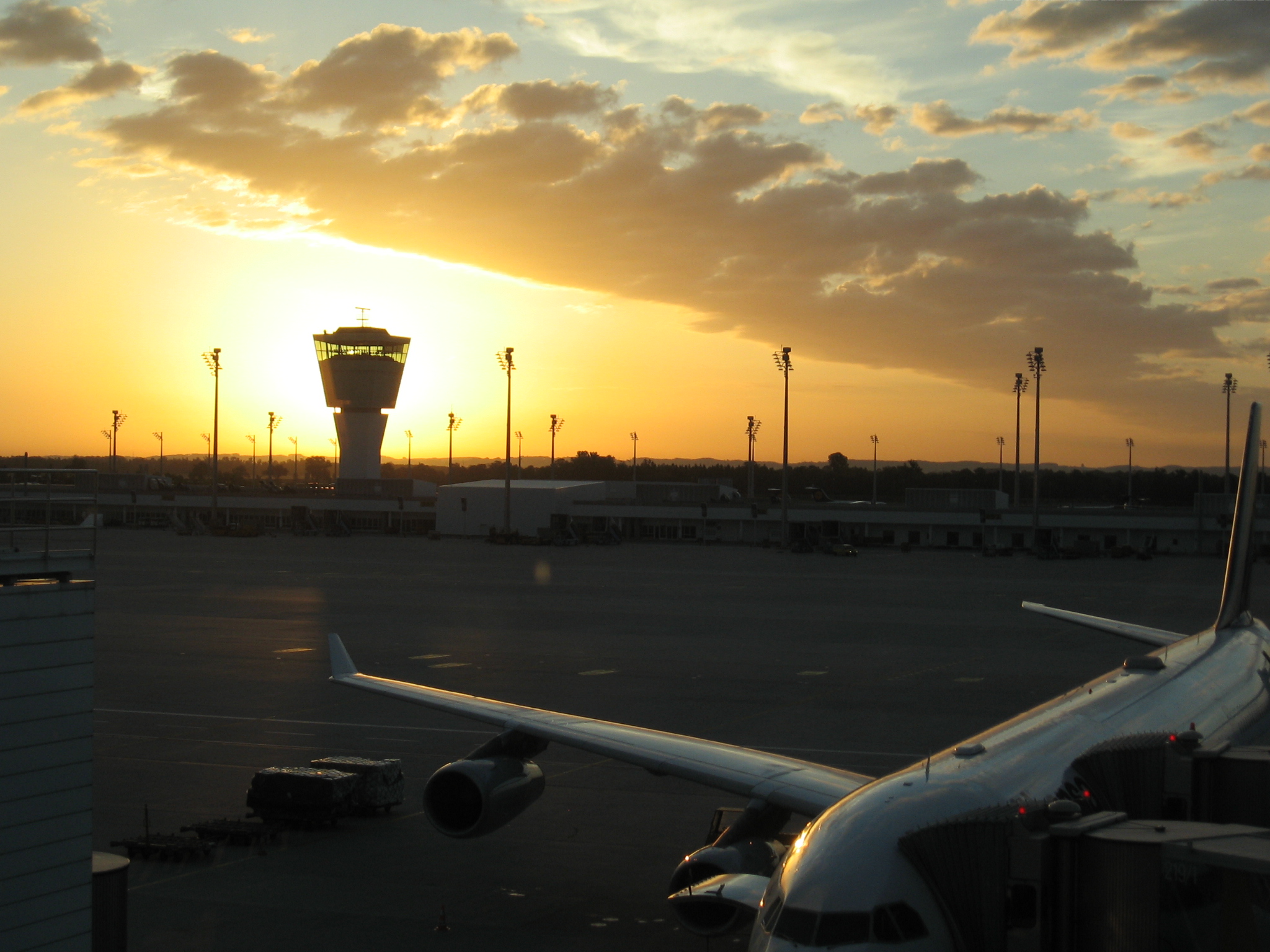 European countries together have emerged as one of the new and prominent solar growth markets in the world.

The second-biggest solar energy market is in Turkey, which was leading in the European solar market in 2017. Last year (2018), the country installed 1.64 GW, down by 37%, after a drop in demand due to the recession in the country.

The Netherlands has been a rising star in the European market and ranked as the 3rd largest solar market in 2018. The country added nearly 1.4 GW, a significant increase from the 0.77 GW it added in 2017.

The combined solar installation by Turkey and Russia reached 11 GW, up 20% from the 9.2 GW added capacity in 2017.

At the end of 2018, a demand-pull from China resulted in a shortage of supply for high-quality panels in Europe. The situation forced many developers to delay their projects and rolled into 2019. However, 2019, is expected to be even better for the EU solar energy market.

Even though the 36% growth rate of the EU solar market in 2018 was impressive, the number could have been better. It was below par due to the market decline and financial crisis in Turkey.

Germany was the leading solar PV market in Europe in 2018. The country restored its top position four years after losing it to the United Kingdom in 2014.

The major driving factor for the German solar market in 2018 was self-consumption or feed-in premiums for medium to large commercial systems between 40 kW and 750 kW.

The mentioned factor contributed more than 50% of the new capacity, whereas residential systems up to 10 kW contributed nearly 400 MW.

Turkey is the second-largest solar market in Europe. However, it went through a tough phase in 2018 due to the financial downturn and fell short of its target.

The Netherlands is an emerging solar market in Europe. However, to become one of the leading and sustained markets in the region, the country’s solar energy needs to be cost-competitive.

In 2018, the Dutch solar market reached GW-scale for the first time. It was one of the three markets to have achieved that feat in Europe.

The factors that drove the growth were incentives for net-metering residential installations, which contributed nearly 40% in 2018.

The bulk of these installations came from commercial and utility-scale systems that were given to in technology-neutral tenders under the Dutch SDE+ scheme.

The solar market in France could not live up to expectations in 2018. The country did not reach the GW-scale, and even worse, its solar market even contracted marginally by 4% to 873 MW.

The complex incentive scheme in the country that requires solar systems with a minimum capacity of 100 kW to participate in tenders did not work out well.

In addition, even regulatory changes and plans to tender more capacities in 2018 had no positive impact so far.

In 2018, Ukraine made it to the top five solar markets in Europe with the help of its generous feed-in tariffs or Euro 15 cents/kWh for large-scale PV systems.

Besides large-scale solar PV systems, a net metering scheme for PV installations up to 30 kW also generated interest in 2018.

Overall, there is a surge in the solar energy market in the European Union and Europe.

Out of the 28 EU member states, 22 added more solar capacity to the grid than the previous year. In the entire continent, less than a dozen countries experienced lower demand for solar power technology.

Subsequently, the solar PV market scenario in Europe between 2019 and 2023 is likely to show a consistent two-digit annual growth rate.

The medium phase during the mentioned period is anticipated to have a total installed capacity of 255 GW in 2023.

Even in the low scenario, the continent could very well add 200 GW of solar power plants in 2023.

What are the reasons behind the surge of the solar industry?

In the next two years, there is a huge prospect of having a strong demand for solar energy.

Already, countries such as Germany, Turkey, the Netherlands, France, and Ukraine are making their presence felt in the global market.

So, what the EU did right?

The answer is it has removed the trade measures on solar panels and made sure that a positive framework is available by rolling out the Clean Energy Package legislation. Now, the region is ready for accelerated solar growth.

In 2019, for example, the European market may have more significant growth. It is due to a series of subsidy-free projects in southern Iberia along with low equipment prices that will probably put Spain ahead in the European solar market.

Also, France has made a commitment to implement a high-profile renewable energy development plan and aims to add nearly 3 GW annually for the next six years.

Now, let us look at the main reasons behind the surge in the European solar market:

A recent update from Eurostat shows that 11 out of 28 countries have already met their target by the end of 2017.

Countries like Spain have put the focus on generating low-cost solar energy, which might give the country a competitive edge in the solar PV market.

Many leading companies are making investments to provide cost-competitive solar energy in the market in the wake of declining solar costs.

In Spain, for example, there was a huge pipeline of PPAs of more than 30 GW in 2018. Also, earlier in 2019, the largest PPA in the world was signed for a 708 MW solar project Portugal and Spain.

The region has now set a higher target of 32% renewables by 2030, which ensures the rights for self-consumption.

The Economic Index of the Solar Industry

These days solar energy plays a crucial role in the national economic development, and it also has an effect on economic growth.

The increase in solar energy production and utilization in European countries depend on the well-being of their population and standard of living.

The EU countries with higher GDP have been able to make progress in producing and utilizing solar energy. It is because higher economic development ensures more financial resources and investment opportunities in new renewable energy technologies.

Also, the European countries have rolled out a number of tax credits, subsidies, financial assistance, and rebates as driving factors for the energy sector.

Relatively new countries in Europe with lower GDP per capita and less developed energy markets have weaker support systems and policy frameworks. It results in a lack of momentum to make solar energy a prominent resource.

When it comes to creating solar jobs and wealth, European countries are likely to create nearly 175,000 full-time jobs and 9,500M value additions by 2021, an EY report states.

Also, the European Directive has implemented a policy that at a minimum of 20% of the total energy should come from renewable energy sources by 2020.

In countries such as Spain and the Netherlands, the current has a high installation rate, a massive project pipeline, and strong political support. All of these factors will lead to a strong demand pull in the solar market until 2023.

Luxembourg will have the highest values of the GDP per capita during the entire period.

To increase the solar market growth, the EU needs to remove all the obstacles by withdrawing the existing trade measures on solar panels and cells. This step will create a favourable regulatory environment for PV in Europe.

In 2018, solar energy production across Europe broke all records, particularly during the summer when the mercury soared.

In northern Europe, Denmark had 361 hours of sunlight in May. This resulted in a 33% increase in solar electricity production, breaking all the previous records.

In the Netherlands, consistent sunlight throughout in July led to a 75% spike in solar power generation than the year earlier.

In 2019, the estimated solar energy production will be 20.4 GW across the EU region.

The European solar energy market is more diverse compared with other regions.

The major driving factors behind the solar industry growth in the European countries has been the increased low-cost unsubsidized solar systems and the carbon tax. These have made solar energy an attractive proposition for consumption and investment.

The European solar generation is still undergoing a transition phase toward becoming a mainstream energy source. However, the progress is already rapid to reduce dependence on traditional energies and government subsidies/incentives.

“While demand for solar modules picked up noticeably in the second quarter, the market for solar power station technology continued to suffer from the greatly reduced availability of finance for large-scale projects – a consequence of the financial crisis,” the company says.

Solon launched an extensive restructuring programme in the second quarter, including slashing jobs and employees’ hours, and winnowing production and sales to its core markets of Germany, Italy and the US.

Part of the company’s financial woes in the first half come as the result of larger-than-expected write-downs on two of its key investments, French polysilicon producer Silicium de Provence (SilPro), and Austrian cell-maker Blue Chip Energy.

Solon owns a 48% stake in SOL Holding – a joint venture with failed Dutch renewables company Econcern – which in turn holds a 70% stake in SilPro. SilPro entered administration in April 2009, and SOL Holding is being dissolved following the collapse of Econcern. It has also recently been forced to revalue its investment into Blue Chip, resulting in a €12m hit.

The company is currently in discussions to secure medium-term financing. It is considering spinning off another of its subsidiaries, Austria’s Solon Hilber Technologie, as a way of freeing up money.

Solon says sales of PV components have rebounded sharply in the second quarter, on the back of a “strong revival in demand for solar modules for private and large-scale commercial rooftop installations – particularly in Germany”. It expects to see a continued upturn in business over the course of the year.

The company also insists that the financial climate for building large-scale PV projects is also improving, as it has recently bagged contracts with clients such as California-based utility Pacific Gas & Electric and Norway’s Statkraft. Due to the long lead-time on such projects, however, they will not begin yielding revenue until 2010.