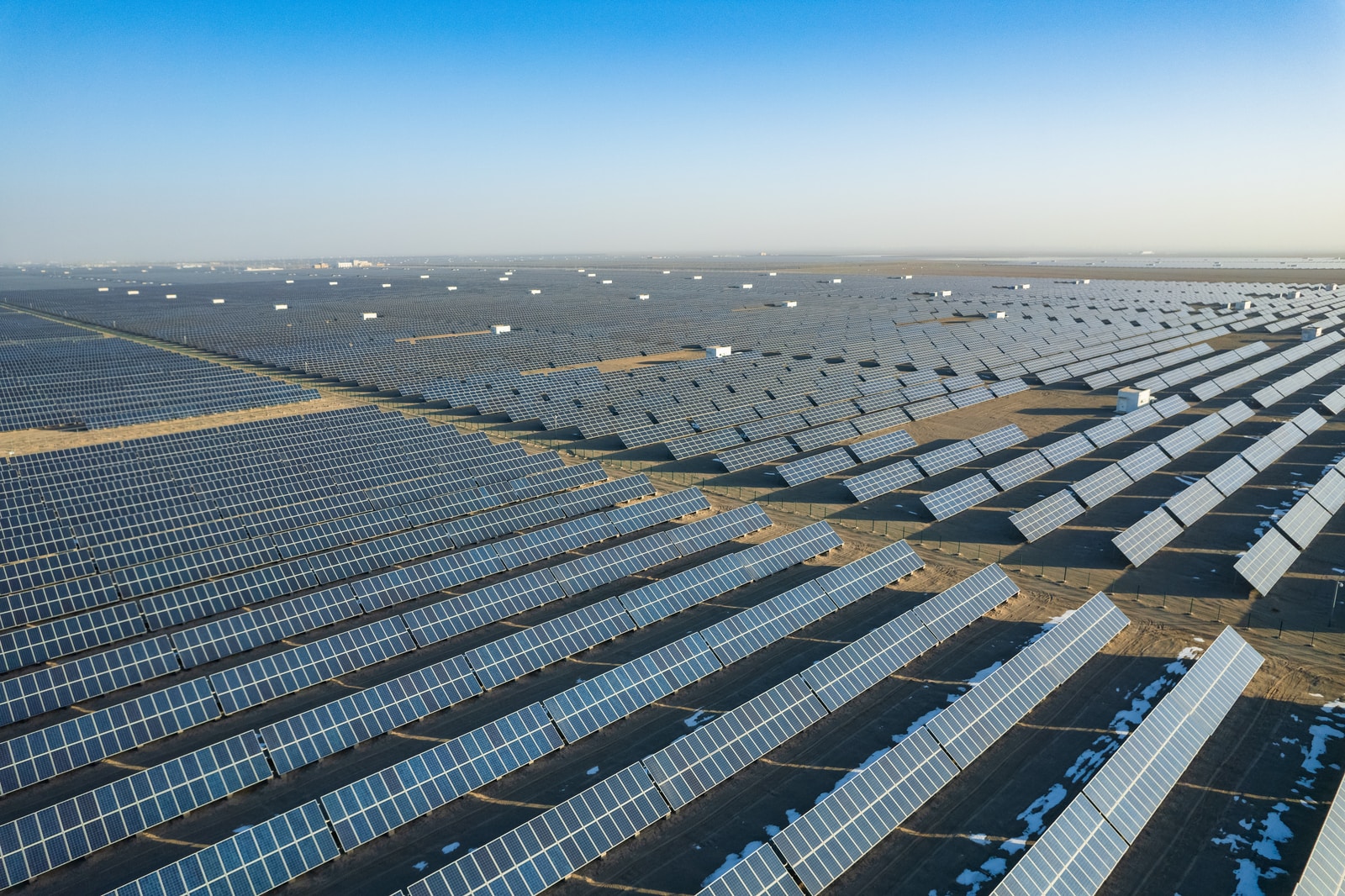 According to the International Energy Agency, China is one of the countries with the largest solar capacity in the world. Specifically, they have installed a total of 253 GW solar capacity at the end of 2020 compared with the European Union, having 151 GW.

In 2021, China hit a breaking record of a solar power capacity with 54.9 gigawatts to its grid. According to China’s energy authority, the country managed to increase the capacity by 14% compared to the capacity made by the previous year, while gaining 31% of its total capacity additions over the year. By the end of 2021, the country obtained a total solar capacity of 306.56 GW, which can cover the power generation of Germany, based on the National Energy Administration (NEA).

In the year 2021, China has shown several developments that positively impact the solar energy industry in the country. All in all, China made a total of 340 GW of solar wafers, 170 GW solar cells, and 160 GW of solar module capacity in 2021.

The strong outlook for solar PV installations in China is basically based on the development of the solar industry development over the last 10 years.

Between the 2011 and 2020 period, China is recognized as one of the leading global solar PV pioneers. China’s National Energy Administration (NEA) announced 253 GW of cumulative solar connections after having 48.2 GW additional solar capacity in 2020. 70% of the said cumulative solar connections came from utility-scale projects, driven by feed-in-tariffs and the remaining 30% came from distributed solar projects.

Moreover, during the 13th five-year plan period (2016-20) solar demand increased rapidly with 210 GW (AC) of solar connections. It was five times greater compared to the 12th five-year plan period (2011-15). With this result, IHS Markit expects that for the next coming five years, mainland China will still remain as the largest solar market, in terms of installations, across the globe.

The main factors that affect the solar installation market in China are as follows:

Whereas, the former policy like the PV poverty alleviation program and the Top Runner program was no longer used.

Over the past five years, the solar power generation industry in China has grown significantly with an expected increase of 17.1% annually, over the five years through 2021. It was also stated that there will be a revenue growth of 11.7% in 2021. The main demand drivers of China’s solar industry growth are the growing domestic demand, increased environmental awareness of people and abundant government assistance and incentives.

According to the National Energy Administration, a total of 53 gigawatts of solar PV capacity was installed in 2021, which is close enough to the high record hit in 2017. Half of the solar PV installations came from rooftop installations.

Of this 53 gigawatts capacity, the distributed solar generation projects made a fair share of around 29 GW, while the remaining capacity is made by the large-scale solar power plants across the country. Furthermore, NEA also reported that the total solar power capacity of around 21.5 GW is produced by residential solar PV installations. With these figures, the country achieved a total of 306 GW cumulative solar capacity at the end of December, where the 107.5 GW solar capacity share is generated by distributed solar system.

Moreover, NEA stated that after the additional 29GW solar capacity in 2021, China managed to make 108 GW of rooftop solar installations. A large portion of the extra capacity was installed in the fourth quarter due to developers rushing to meet the solar subsidy cut-off.

On the other hand, the larger-scale solar installations were affected negatively due to high equipment costs and delays to some projects. According to last year’s forecast, the total solar capacity in 2021 could possibly make 65 GW or higher than that.

Moreover, Shandong in eastern China proves that it has the most outstanding performance in terms of rooftop solar installations in the past two years, managing to add more than 12 GW solar capacity. However, based on the local media reports, the province owning a large solar capacity may experience an energy surplus during the low demand period over the Lunar New Year.

By 2022, the solar group experts expect that the solar capacity will rapidly accelerate to more than 75 GW, overtaking last year’s capacity record. It’ll be supported through building many clean energy facilities in the country as well as the government’s assistance and incentives for the solar energy market.

China also published their forecast in 2021 stating that there will be an additional solar power capacity of around 65 GigaWatts (GW), taking total solar PV installations beyond 300 GW by the end of 2021. During the first six months, the solar power installation slowed down the development of new solar projects reaching only about 13 GW. This is due to some supply chain constraints, particularly the increasing cost of solar PV components and industry disconnection caused by the pandemic.

Whereas, in the second half of the year, Wang Bohua, honorary president of the China Photovoltaic Industry Association (CPIA) expected huge growth in residential installations, and distributed solar projects, which will be driven by government solar policies.

He also assumed that there will be an additional 55 GW to 65 GW solar capacity. The average new solar capacity installation was also expected at about 70 GW-90 GW a year over 2021 to 2025.

The CPIA also predicted that exporting solar modules is bound to increase in 2021, following the solar power capacity growth. According to their data, the solar module exports in China got 36.9 GW in its first five months, which is 53.1% higher than the earlier year.

Future of Solar Power in China

The solar energy market growth of China will continue to increase as the development of the solar photovoltaic systems will also continue to improve, hitting the estimated annual additions of 162GW by the end of 2022. This growth is considered nearly half of percent higher compared to the pre-pandemic growth of China’s solar industry in 2019. It was also stated that China will remain the leading global leader in terms of renewable energy production over the next coming five years. However, according to solar energy analysts, the elimination of some solar energy subsidies and incentives, the reliance of China on coal for power generation is still unavoidable in 2022.

Based on the researchers from Harvard, Tsinghua University in Beijing, Nankai University in Tianjin and Renmin University of China in Beijing the solar market energy of China could possibly generate 43.2% of its electricity demands by the end of 2060. Solar power is offered at less than two-and-a-half U.S. cents per kilowatt-hour.

Aside from that, according to the draft plan, solar developers were also urged to build numerous solar projects across the country, and the approval of new solar projects will be taken in a quick phase to increase the solar capacity even more and maintain the long-term development of clean energy in the country.

On the other hand, following the phasing out of solar subsidies in the country, urban solar installations are expected to gain significant growth in the next five years since local authorities are now permitted to enjoy the discounted costs of solar panels by buying in bulk/wholesale orders. In fact, a pilot period for this program was launched last year aiming to increase the solar attractions in numerous cities and towns in China. By the end of 2023, individuals who will join the program are expected to install solar panels across the country, where 50% will be deployed in any available area of different local government buildings, 40% at hospitals and schools, the 30% of the total solar installation is allocated to industrial buildings and the 20% remaining is for rural households.