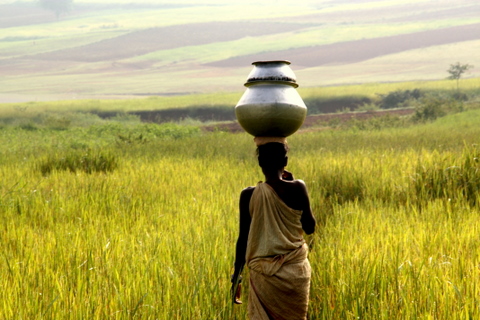 Renewable energy is a goal for many developed countries, including the United States. Plugging into the existing power grid is the “norm”, while renewable resources are the next step. Interestingly enough, while many people in these countries may see solar power as a step beyond the traditional power supply, or even an innovative luxury affordable only to certain people, developing countries have a different experience.

It is difficult to imagine a world without electricity.  While power lines that supply electricity derived from nuclear power, coal, or other non-renewable resources are the default option for something that has become necessary to life as we know it, people in developing countries must find ways to live off the grid. When the power grid is unavailable, light for visibility, heat for cooking, and power for medical supplies, communication, and more is extremely limited. One of the major ways to bring light and electricity to a place that does not have an electrical infrastructure in place, is through solar power.

Consider the alternative energy sources without an operating power grid. In a power outage, many people opt for battery operated flashlights, candles, or portable generators. These appliances must be refueled, whether by charging or replacing the battery, replacing a depleted candle, or adding gasoline. This means that they also create waste, or pose a health, safety, or environmental hazard.

Solar powered appliances, as well as those powered by wind or other renewable sources, are safer, longer lasting, and cost much less over their lifetime as fuel does not need to be purchased to keep them powered. In fact, companies like Fenix International (based in California) and Tough Stuff (headquartered in Mauritius) cater specifically to societies with limited power supply, and their products aim to improve the quality of life in developing areas. A renewable energy product known as the ReadySet has been used for more than a year in African countries, and is now becoming available in the United States. Used as a portable power supply, it can be recharged by a variety of means, including plugging it in when available, using the solar panel, or even powering it by bicycle. Allowing people to use reliable electricity independent of the grid has made the ReadySet a popular product overseas.

Are you tired of paying increasing rates to the utility company? Solar energy is clean, reliable, and free. Contact us for your free Solar Energy World consultation today.