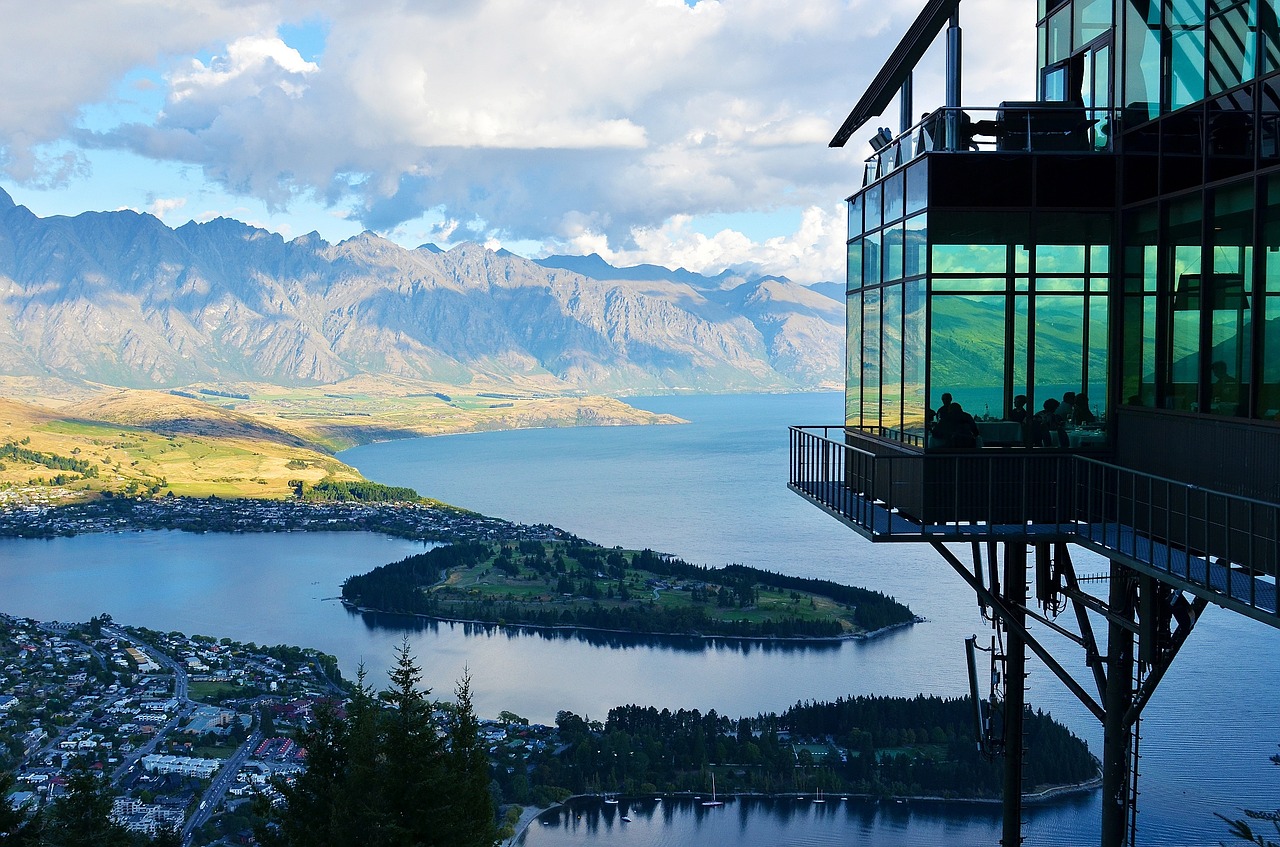 A report by the Transpower website shows that the country already uses renewable energy to meet nearly 90% of its electricity demand.

New Zealand has so far installed 85 MW of solar, and nearly half of which has been added during 2017-18 in more densely populated areas, such as Auckland and Canterbury. Currently, 2 kW and 5 kW solar systems are most popular in New Zealand.

The number of installations in NZ will grow over time, as there is a need for new homes in the country, and the efficiency of solar equipment is improving. By 2050, the potential capacity for rooftop PV could be around 27 GW.

In this post, we will talk about the top 10 solar panels for sale in New Zealand, which are available via distributors all over the country, and not necessarily designed and manufactured there.

The first in the list, Canadian Solar was founded in 2001. The solar panels of the company are mainly available in NZ through its authorized distributors.

Canadian Solar has been a leading global solar energy service provider with business subsidiaries in 19 countries on six continents.

The company is a major manufacturer of solar PV modules and has produced and delivered more than 36 GW of high-quality solar modules to customers in more than 160 countries in the past two decades.

The range of solar modules are:

Canadian Solar has recently started manufacturing its solar panels made with heat-strengthened glass instead of the traditional polymer backsheet.

The panels are resistant to Potential Induced Degradation (PID) and can withstand high temperatures, high humidity, sandstorms, ultraviolet, and corrosion.

Canadian Solar’s PV panels go through stringent testing and proven under harsh conditions, and come with a 25-year warranty.

Trina Solar was established in 1997, and since then, it has been a major energy solutions provider in the world.

Trina Solar produces smart and efficient photovoltaic (PV) modules for both residential and commercial consumers, along with energy storage systems.

In 2018, the company delivered more than 40 GW of solar modules all over the world.

The range of residential, utility-scale and commercial solar panels that Trina Solar produces is below:

All the Trina solar panels are tested through a rigorous in-house testing process and have independent, third-party certification.

LG Solar™ is a renowned global company, which produces a wide range of high-quality solar panels.

The solar panels manufactured by the company have one of the highest efficiencies of 21.7% in the world.

LG Solar™ has developed advanced solar panels using the Cello Technology™ and provides a 25-year performance warranty to its products.

The company controls every step of the manufacturing process to ensure top-quality products and performance.

The most efficient LG solar panel is LG NeON® R, with 90.8% efficiency. Other solar modules are NeON® 2 and NeON® 2 Black.

NeON® 2 is an 8 kWp system with a 25-year warranty. NeON® 2 Black are high-quality and visually pleasing solar modules with a black frame and an optional black backing that blends with the background to enhance the visual appeal of the roof.

Yingli Solar is headquartered in China and later expanded its operations all over the world. The company sells its solar panels in New Zealand via distributors.

The company manufactures and supplies the following solar modules:

Yingli Solar supplies its solar modules to nearly 90 countries all over the world to meet their energy demands.

Homeowners, businesses, and communities worldwide often face energy and environmental challenges. To resolve such issues, Yingli Solar is committed to providing affordable green energy for all.

Renewable Energy Corporation or REC Group is one of the world’s most trusted brands of solar panels and solutions and has been in this industry for more than 20 years.

Currently, REC employs over 2,000 employees worldwide and produces 1.4 GW of fully automated solar panels annually. REC solar panels have 21.7% efficiency, one of the highest in the industry.

In 2016, REC Group ranked #1 most popular brand of solar panels in Germany and the state of California, USA.

solarZero solar panels are produced by Solar City, one of the most trusted solar energy brands in New Zealand. Solar City is located in Auckland.

Solar City was founded in 1981, and it has been providing solar systems to the people of New Zealand for the past 38 years.

SolarCity is one of the top five fastest-growing energy companies in the country that have installed more solar systems in NZ than any other solar provider.

The company makes solarZero panels available for consumers through a simple subscription-based energy plan (approx. $85 per month+GST). Under this plan, consumers need to bear a low monthly fixed fee. Other than that, there are no upfront or maintenance costs.

The solar output and energy usage can be monitored through a web-based monitoring system for optimum consumption.

Jinko Solar is considered as one of the leading and most innovative solar module producers in the world.

The company manufactures and distributes its solar products and services to many international utilities, commercial, and residential customers in New Zealand, China, the United States, Japan, Germany, the United Kingdom, Chile, India, South Africa and many other countries.

JinkoSolar has developed a vertically integrated solar product value chain with an annual capacity of 10.5 GW for silicon wafers, 7.4 GW for solar cells, and 12.6 GW for solar modules, as of June 30, 2019.

Some of the high-quality solar modules the company produces are:

JinkoSolar has seven production facilities and 15 overseas subsidiaries all over the world.

Renesola was established in 2005 and has been a leading international manufacturer of solar mono- and polycrystalline solar panels.

Since its inception, the company has supplied over 14GW of solar products to thousands of clients all over the world.

The company also has its distributors in many countries, including New Zealand, Australia, Malaysia, Canada, Brazil, and India.

The company has its own R&D team, advanced manufacturing equipment, and vast production experience.

In 2008, Renesola got itself listed on the New York Stock Exchange (NYSE).

LONGi Solar is a world-leading manufacturer of highly efficient mono-crystalline solar cells and modules. The Company has its sales distributors in New Zealand, China, and branches in Japan, Germany, America, India, Malaysia, and Australia.

The company is wholly owned by the LONGi Group (SH601012), which has been focusing on p-mono for 19 years. Today, it is one of the largest suppliers of mono-crystalline products in the world.

The company produces the following series of solar modules:

The final one on the list, Hyundai, is another reputable solar panel brand in the world.

As a globally renowned name, Hyundai solar panels have made a name for themselves for their quality. In New Zealand, Hyundai Solar has numerous distributors to deliver its premium solar modules to customers.

Hyundai Solar has a solar cell/module production capacity of 600 MW per year.

Hyundai Solar set up the Eumseong R&D Center in Korea in 2012, and it has achieved remarkable results by constantly improving the performance of solar modules to meet customers’ expectations.

The company uses PERL technology while producing its solar modules that offer ultra-high efficiency with better performance with low irradiation.

Hyundai Energy Solutions is one of the few premium panel manufacturers to have increased their previous 12-year Product Warranty on 300W RG Series Solar Panel Modules to 25 years. They did so while maintaining a market-leading Performance Warranty of 30 years!

If you are a solar installer in New Zealand, providing the listed brand of solar panels and modules to consumers will improve your business’ credibility. These are some of the top-notch solar energy products companies that produce both residential and utility-grade grid-tied and off-grid solar systems.

Most of these panels are ready-to-install solar power systems and are distributed in NZ for home or office installations in a reasonable price range.

Offering these high-quality solar panels is likely to create more business scope for you in the long run. So, you can think about keeping in touch with these manufacturers for good.