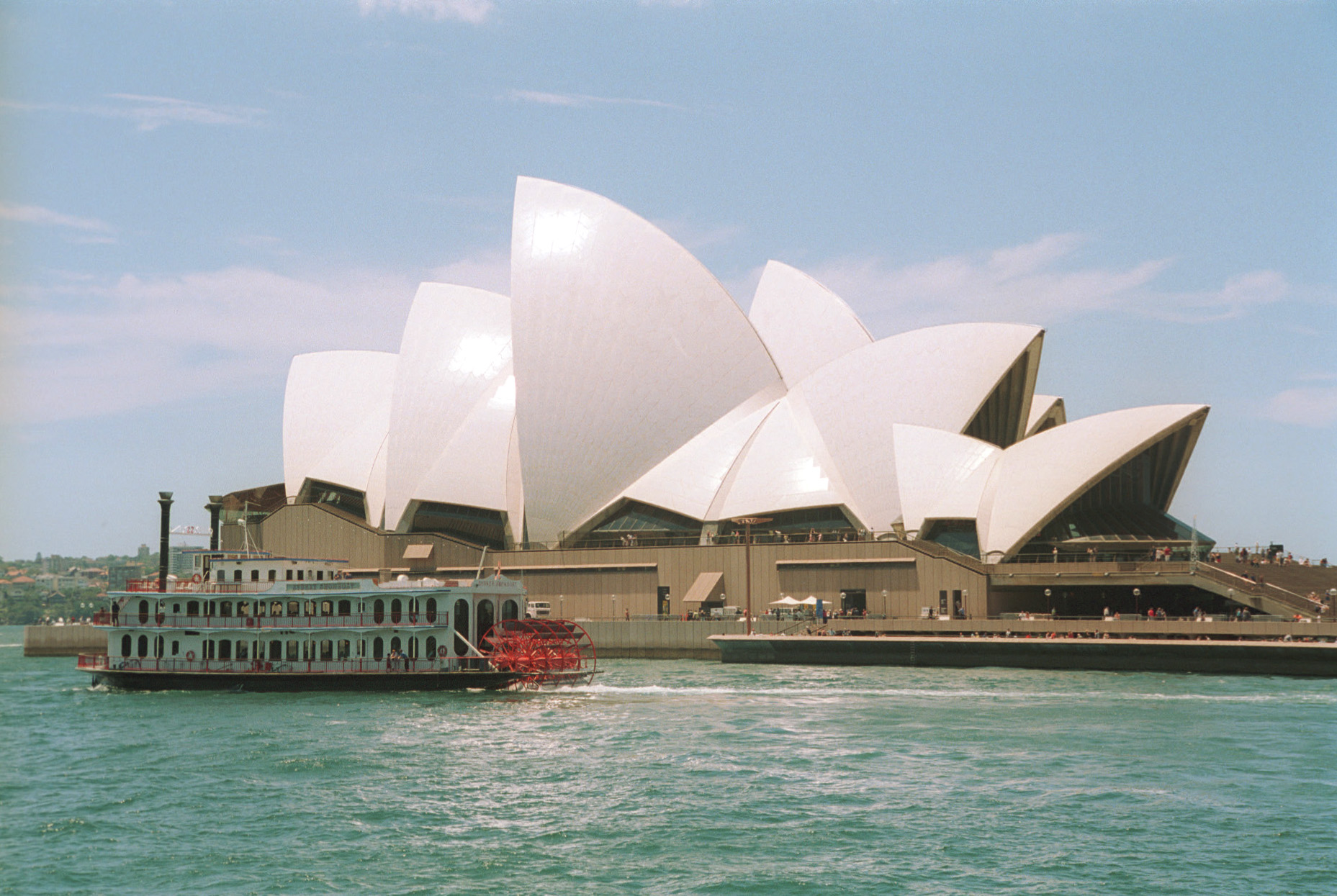 In 2018, as many as 2 million homes in Australia installed rooftop solar panels, which is one solar installation in every five households!

At this rate, Australia will reach 50% renewable capacity in 2025.

The renewable energy industry in Australia is on course to install more than 10 GW of new solar and wind power during 2018-19.

According to the 2019 Energy Transition Index by the World Economic Forum, Australia ranked 43rd in the list of 115 countries.

This post includes a list of the top 9 solar panel manufacturing companies’ products are available in Australia.

SunPower Corp. is leading the list of the best solar panel manufacturers in Australia.

The company has carved its niche in the Australian soil as well as in the global market with the SunPower® solar technology for unmatched quality and versatility of solar panels.

For the past 35 years, the company has been a Tier 1 manufacturing company, and serving a large customer base with its solar expertise.

Many of the world’s top companies and experts have given rave reviews on SunPower solar panels for their advanced technology. SunPower Solar has 8 of the top 10 US solar accounts and it is the first utility-scale solar farm in Australia.

SunPower has its own product lines, which are:

These solar panels ensure maximum flexibility to address all of the energy needs of its clients.

The company has installed more than 30 million SunPower® solar panels since 1985. It is equivalent to displacing nearly 11 million cars off the road.

Also, SunPower has invested significantly in research and development than any other silicon solar company, and has more than 1,000 solar patents.

SunPower® technology is useful to reduce electric bills for households and businesses.

The company’s robust solar panel portfolio offers a wide range of solutions, and each of them has been designed for optimal performance, maximum savings, and long-term reliability.

Tindo Solar is a designer and manufacturer of high-quality and technologically advanced solar panels in Australia and supplies them all over the world.

Interestingly, the company’s name originated from “Tindo,” which means Sun. It is a word coined from the Kaurna Warra aboriginal language, spoken by indigenous people in the Adelaide Plains.

Tindo Solar was set up in 2011, and it is wholly Australian-owned and operated.

The main focus of the company has been on increasing solar panel productivity and creating jobs in Australia, especially in the advanced manufacturing sector.

The development and testing of this Tindo Karra 300 solar module are being produced with the help of the Australian National University in Canberra.

Tindo Karra 300 has been in production for 8 years, and in all these years, the failure rate of Tindo’s installed module fleet is 200 times lower than its competitors.

These solar modules provide a minimum of 25 years of long-term high performance due to Tindo Solar’s premium quality.

Trina Solar was established in 1997, and since then the company has been making its impact on the solar industry in Australia.

The company grew rapidly and became one of the first PV enterprises from China to become a global leader in solar technology and manufacturing.

In 2014, Trina Solar achieved the milestone of shipping more than 1GW solar panels in one quarter. The company also broke the world record for solar cell efficiency seven times in the same year.

Various types of Trina solar panels for residential, commercial, and utility are below:

In 2018, Trina Solar delivered over 40 GW of solar modules all over the world. This earned the company the 17th spot on the “2018 Global Top 500 New Energy Enterprises.”

Risen Energy was established in 1986 and is a prominent China-based PV solutions provider.

Risen Australia had started making its presence felt in the Australian market in 2008, by supplying solar PV panels for the retail market.

Risen Energy has more than 10,000 employees all over the world, and it is the sixth-largest PV module supplier in the world.

The company manufactures and sells the following standard half-cut and solar fuel cells:

All the listed solar cells come with a 25-year linear power guarantee.

Risen Energy Australia had sold 120 MW of rooftop panels during 2018-19, which translates into the highest spike in sales in one year.

Also, the company is planning to invest in 2 GW of renewable energy projects in Australia, while continuing its pursuits to expand in the energy storage sector.

In 2018, the company had set a higher target in Australia from 1 GW to more than 2 GW of solar projects that it aims to achieve in phases.

Australian Solar Manufacturing (ASM) is a Proprietary Limited Company that was founded and registered in early 2009.

ASM is an Australian-owned and managed company, and located in Hallam, Victoria. Later the office relocated to Narre Warren South, Victoria, Australia.

The company’s premium product is ASM 200M Monocrystalline solar module product line. The cell and module efficiency of the product is 18.86% and 15.88% respectively.

These modules come with a 10-year workmanship guarantee and a 25-year power output warranty.

Winaico is a relatively small volume manufacturer offering a premium range of very high-quality panels with a reasonable price range.

Winaico’s worldwide headquarters are in Australia, Taiwan, Germany, the US, and Japan.

Winaico has gained a high reputation in the solar industry and is trusted by installers due to its reliability and performance in harsh Australian conditions.

The company produces solar panels with three variances, which are:

WINAICO solar panels are the only such products in Australia that come with a 2-year insurance policy covering all risks. There is also a 15-year product warranty that covers the cost to replace a solar system.

Q CELLS is a part of Hanwha Group, which is a global Fortune 500 company founded in 1952 with more than $55 billion in total revenue.

Also, the company has more than $159 billion in total assets. Hanwha Group has been in business for over 67 years and has solid financial stability.

Q CELLS has been on Australian soil since 2009 and it has supported the local community since then.

The company’s main motto is to use unlimited sunlight as a source of energy and generate clean electricity without negatively affecting the environment.

Q CELLS has developed Q.ANTUM Technology to maximize the efficiency of traditional solar modules This technology ensures high performance under different weather conditions such as in winter or summer, clear or cloudy skies, and also in extreme weather.

These solar modules have specifically been produced for Australian climates, and have become popular for their quality.

Wuxi Suntech is a globally known solar PV manufacturer in the world. The company designs and produces crystalline silicon solar cells and modules.

Suntech was established in 2001, and since then the company has expanded its business in more than 80 countries and regions in the world.

The company is continually engaged in research and development on improving the conversion efficiency of its solar panels and modules. These efforts have resulted in the manufacturing of high-quality, reliable, and cost-effective products.

Suntech produces a range of solar modules, which are:

In 2018, Suntech had successfully passed the Solar Panel Validation conducted by the Clean Energy Regulator (CER) in Australia.

Over the years, Suntech has gained an excellent brand reputation in the Australian market, and gaining this solar module certificate wins Suntech a fast pass.

Suntech has also successfully passed the verification of the Australian Clean Energy Council (CEC) and was included in the solar PV module list database of CEC.

Seraphim Solar was founded in 2011, and in a little less than a decade, the company has made a name for itself by producing world-class solar products. Seraphim Solar Australia’s office is located in Melbourne.

The areas of specialization of Seraphim are research, development, production, and sales of solar PV products.

Seraphim’s global operation is spread out in four countries, including Australia, China, Japan, and South Africa.

The company manufactures the following products:

Currently, Seraphim has a global production capacity of 5GW, and more than 6GW of the company’s products have been applied in over 40 countries.

Down under, the solar industry is thriving.

Especially, rooftop solar installation in Australia is at an all-time high.

As mentioned earlier, in 2018, the country had a huge number of installations of rooftop solar panels, which were 43,599 more than in 2017. The numbers will go even higher in 2019 and beyond. Check more about solar energy in Australia here.

If you are a solar installer in Australia or any other part of the world, this is the right time to get involved in the Australian solar industry.

You can get into a partnership with any of the listed solar panel manufacturers for a steady supply of world-class “Made in Australia” products in a competitive price range.

Previous ArticleBuying Guide Solar Street Light Wholesale Price: How Much Do They Cost? Next ArticleSolar Energy Outlook in South Korea 2022