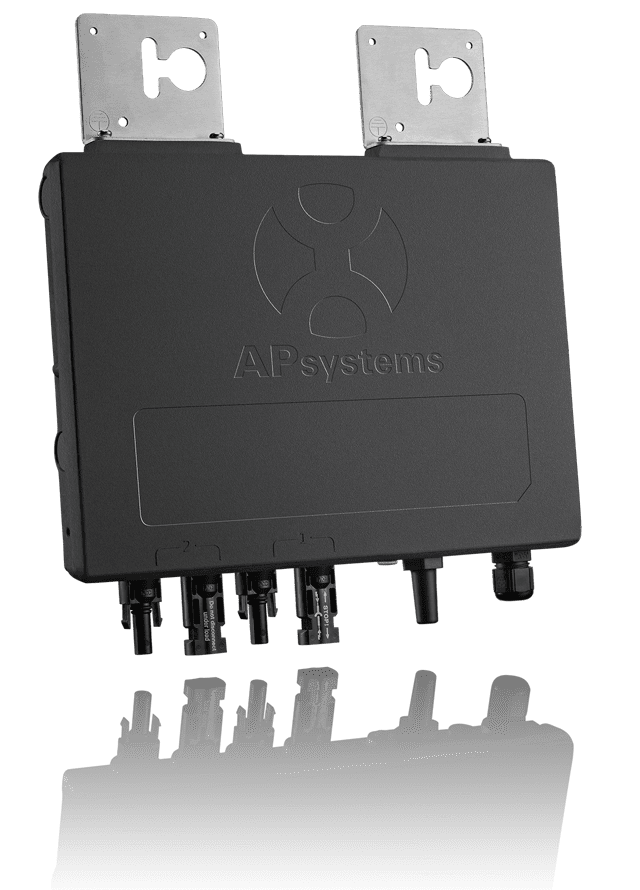 Did you know that solar microinverters last significantly longer compared to central inverters?.

That is the reason why microinverters typically come with a warranty of 20-25 years and remain functional 10-15 years longer than central inverters.

A microinverter is electronic equipment used in photovoltaic cells for changing the waveform of current. It converts power from a single solar module from DC electricity to 240v AC electricity and is attached to each panel in a solar system.

As a solar installer, providing microinverters to customers besides the traditional string inverters is likely to diversify your business. Microinverters are more efficient and easy to handle; thus, many customers prefer buying them.

In this post, we have listed the top 12 leading microinverter manufacturers in China, and you can buy microinverters from these companies at wholesale pricing. Check out the list, and decide for yourself.

Renesola was established in 2005 and has been a leading international manufacturer of microinverters.

Since its inception, the company has supplied over 14GW of solar products to thousands of clients all over the world.

Renesola’s China operates from its office in Putuo District, Shanghai.

The company also has its offices and warehouses in more than 16 countries, including Australia, Malaysia, Canada, Brazil, and India.

The company has its own R&D team, advanced manufacturing equipment, and vast production experience.

In 2008, Renesola got itself listed on the New York Stock Exchange (NYSE).

APsystems is another leading manufacturer of solar microinverters. The company ranks No.2 in terms of global market share as one of the independent microinverter suppliers.

The company offers powerful and advanced solar microinverter technology for both residential and commercial consumers systems.

This technology enables maximum power generation for each module in the PV array and boosts system efficiency by up to 20 percent compared to traditional “string” systems.

With the microinverter solution, the company blends highly efficient power inversion along with user-friendly monitoring to provide sustainable energy solutions.

One of the APsystems microinverter models YC500 handles two PV modules, and can significantly lower installation and balance-of-system costs.

In addition, the fourth-generation microinverter YC1000 handles 3 or 4 modules per unit, which enables large-scale, 3-phase commercial solar at a reasonable price point.

All APsystems products go through stringent factory testing, evaluation, and field tracking, and are built to 25-year design life.

Apart from its offices in China, APsystems has a well spread-out business across the world, including the USA, Australia, France, the Netherlands, and Mexico.

The microinverters that the company offers have a flexible design and can maximize solar production and minimize system maintenance. These inverters have both dual and quad input and fulfill the needs of consumers.

For residential customers, the company offers LS600 microinverters that support 60, 72 or 96 cell panels from most of the major solar panel manufacturers.

These inverters can efficiently convert powers that exceed 350 Watts on longer branch circuits. It results in an overall lower cost/watt solution for customers.

For commercial applications, LeadSolar offers both LS600 (duo) and LS1400 (quad) single-phase microinverters that are available in 208 V, 240V, and 277V. LS600 is for rail-mount applications, whereas LS1400 is for ground-mount.

LeadSolar operates from Wuxi, Jiangsu province in China. The company also has its offices in North America, Latin America, and the Iberian region.

B&B Power is based out of China and has been developing and manufacturing high-end inverter products for 20 years. The company has two production bases — one in Shenzhen, Guangdong and another in Taizhou, Zhejiang.

The registered capital of B&B is $5 million. The headquarters in Zhejiang covers more than 20,000 square meters of production area and has various automatic manufacturing lines of international standards.

B&B is one of the largest manufacturers of high-end solar inverters in Asia. The company has its own research and development (R&D) team comprising industry experts, and always complies with the international standards in terms of technology and quality.

The company has the capacity of manufacturing 200,000 units of low-voltage inverters and more than 200 units of high-power inverters per year.

Decen offers off-grid and grid-tied microinverters to the solar tracker and has a strong global presence. The company has numerous patents and provides advanced design and automation technology for system integration.

The company has a strong independent research and development design team that carries out in-depth research in cooperation with the related expert at Tsinghua University, Beijing, China.

Samil Power Co., Ltd is an international technology-based corporation, which was founded by the Samil Group in 2008. The parent company, Samil Group, was set in 1992 and has been a leading manufacturer of variable speed drivers and lift controllers.

Samil Power has world-class production equipment and more than 200 engineers in the R&D team. Its core business is to offer a range of high-quality and reliable grid-tied solar inverters and energy system solutions to meet the increasing needs of global energy.

Overall, Samil Power has a broad product portfolio, starting from microinverters up to MW stations, which helps customers to get maximum energy output and reduce the investment payback period of their photovoltaic systems.

The inverters produced by Samil Power have been installed in more than 20 countries, including Australia, Belgium, China, France, Germany, Italy, the UK, Spain, and the Netherlands.

Kaideng microinverter technology allows its customers to tap the full potential of a residential and commercial solar project.

The Kadeng Energy Group received the “National High-Tech Enterprise” award from the government of China in 2013. The award was for being a leading company in the research and development of basic technologies for photovoltaic power generation.

Yangtze Solar was established in 1994, and it is located in Yongkang, Zhejiang, China.

The solar PV module factory of Yangtze covers 90,000 square meters and has more than 750 employees. With a strong emphasis on research and development, the company is constantly pushing the limits when it comes to cutting-edge manufacturing products.

Among this broad product line, Yangtze particularly specializes in producing high-quality microinverters, which are available in the capacity of 250W, 600W, and 1200W

To date, the Yangtze has supplied over 1.5GW photovoltaic solar panels and millions of units of batteries, solar charger controllers and solar inverters.

Omnik New Energy CO., Ltd. is a result of the Sino-German joint venture. The company specializes in designing and manufacturing microinverters and various other high-technology products.

Omnik Solar also has a deep focus on the research and development and marketing software/Saas.

Combined with technical innovation and scientific management from Germany, Omnik has set up world-class product development and test centers for qualified and expert professionals. In addition, the company has a long-term business association with prestigious academic institutions around the world.

Omnik has exported its solar inverters in Australia, Italy, Germany, UK, Spain and other countries in the world.

The inverters offered by the company have received high appreciation from home and abroad for their distinguished configuration, consistent performance, and end-to-end after-sale service.

Sensol specializes in manufacturing solar modules and storage inverters. In China, the company/s factories are located in Shenzhen and Ningbo.

The company has received certifications for inverters, which are DIN EN ISO 9001: 2008 and CE Certification.

Sensol offers a competitive warranty on all of its solar products, besides the regular warranty.

Wuxi Thinkpower New Energy Co., Ltd. was established in 2011 and is located in Wuxi, China.

Wuxi Thinkpower is a high-tech company, which specializes in manufacturing sales and post-sales service of residential PV grid-connected inverters.

The single-phase T & S series inverter that the company manufactures has 98.6%, which can be used for more residential and commercial solar roof projects.

Thinkpower’s small grid-connected inverters are leading products in this category with a conversion efficiency of 97.8%. The company received CE, IEC62109, VDE-AR-N4105 certificates.

Currently, Thinkpower exports its inverters to more than 20 countries all over the world to countries, including Australia, Germany, Italy, and Spain.

Microinverters and power optimizers are more suitable for installing on roofs that have shading or are oriented in different directions.

Because microinverters are more efficient than traditional inverters, as a solar installer, you can have a strong customer base.

You can check with the listed manufacturers to buy microinverters in bulk in an attractive price range. Any of these companies will ensure consistent supply and a steady profit margin for your business.