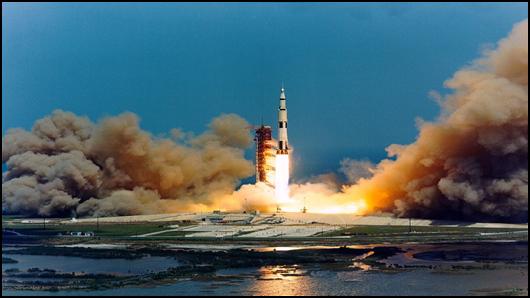 We’ve been hearing about this trend for awhile – the solar leasing model is really picking up steam, making solar easily affordable to people.

Rather than buying solar panels upfront – which is still unaffordable for many people – and saving money on electricity in 5-10 years after they’ve been paid off, they simply lease the solar panels and pay a monthly electric bill.

The solar company essentially becomes a utility. They sign a long term contract with the homeowner or business at a monthly price less than their utility bill. Besides saving money immediately, customers are shielded from rising electricity prices.

Applying this nationwide opens solar to 13 million Americans – and that could push solar energy into the mainstream.

“What is so interesting about the southern California data is that the strong decrease in PV prices – from lower retail costs and stronger federal incentives – didn’t pick up a new demographic, but a new business model – leasing – did,” says Easan Drury, lead author of NREL’s report, “The Transformation of Southern California’s Residential Photovoltaics Market through Third-Party Ownership.”

It’s not surprising though that people respond well to saving money immediately without upfront costs.

The study also found that solar leasing is more popular in neighborhoods with younger families.

In the Los Angeles and Orange County markets, customer-owned PV was five times more prevalent than third-party-owned PV in 2009. In 2010, the ratio had dropped to 2:1. And for the first quarter of 2011, the ratio was almost even.

NREL analyst Michael Mendelsohn selected SolarCity‘s “$0 Down Plan” and pays just $22 per month to lease a 3 kilowatt system – it covers most of his electric bill and already gives him a net savings each month.

On the other hand, Lori Bird, another NREL employee, bought her system outright two years ago before third-party leasing was widely available. Her 5 kilowatt system covers most of the electricity use. “We refinanced our house and rolled it into the new mortgage. We save more from the PV system than we pay extra in mortgage,” she says.

Another family put $5,000 down for a system that provides 120% of their electricity (the utility’s limit). They pay $13 a month for the lease and get paid for sending the rest back to the grid under net metering. They plan to charge an electric car from the panels too.

Solar leasing companies vary in their prices, so it makes sense to shop around. Also, some companies’ lease terms remain the same over 20 years, but others rise 3% a year to counter inflation.