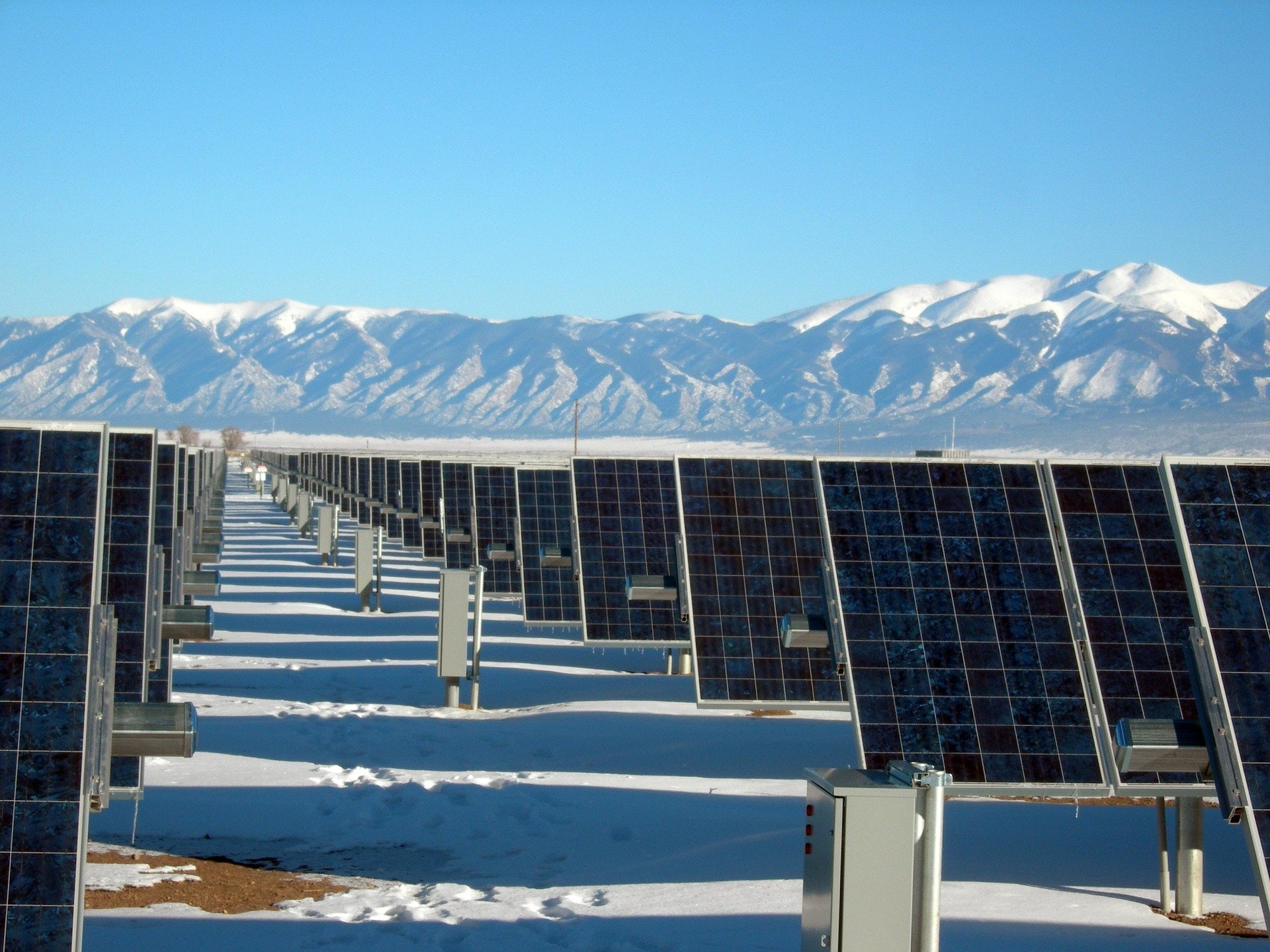 It is huge progress to notch up this capacity compared to over 102 GW capacity in 2018.

This is great news for this industry. Also, the global solar energy market will keep diversifying and opening up new expansion opportunities.

The best solar energy markets in the world will account for 83% of the energy demand until 2023. Some of the fastest-growing among these markets are concentrated solar energy in countries such as Saudi Arabia, Egypt, Iran, and Italy.

More than 24 countries all over the world have a cumulative PV capacity of over 1 GW capacity. Countries such as Austria, Chile, and South Africa, all had crossed the 1 GW landmark way back in 2016.

Many countries have installed substantial solar power capacity to provide an alternative to traditional energy sources.

China has been investing heavily in solar power over the past two decades, and it is one of the top solar energy markets in the world.

Currently, China is the undisputed leader in the global PV industry, holding the top spot since 2015 after surpassing Germany.

The photovoltaic (PV) installations in China is expected to reach 370 GW by 2024. See Solar Power Statistics in China 2019 for more data.

China is the largest market in the world for both photovoltaics (PV) and solar thermal energy. In the last few years, more than 50% of the total PV installations came from the country.

The accelerated growth of the solar energy industry has been mainly due to subsidies by the government, which have helped in reducing the cost of solar power.

Three of the top four largest photovoltaic power stations are located in China, including the Tengger Desert Solar Park, one of the largest solar parks in the world.

Solar energy-producing companies in China also have an ambitious goal in space. Scientists are exploring the possibility of installing a space-based solar power station in orbit, which is 22,370 miles above the earth.

The space station would occupy will be covering 33 acres and could begin generating power before 2040.

The US has a rich history of producing solar energy that began as early as in 1983.

Since the beginning, the country has produced a total of 17,468,342 Megawatt-hour (MWh) of solar energy.

The US has some of the largest solar plants in the world. In 2018, the country installed 10.6 GW of solar PV capacity according to the solar power statistics in the USA.

The US has been witnessing significant growth in solar PV installations in the residential sector.

Many US states have set high targets for 2019. In the first quarter, the country’s renewable sector has already produced more electricity than the coal power plants for the first time, according to a report by the Institute for Energy Economics.

Also, the American Solar Energy Industries Association estimates that the US is likely to install 3 million solar panels in 2021 and 4 million panels in 2023.

The total solar PV installation capacity in the US is likely to increase by 14% in 2019. Subsequently, in 2021, the total yearly installations can reach 15.8 GW.

According to Wood Mackenzie, the top five states in the country that have been generating maximum solar energy from 2010 to 2019, are California, Arizona, New York, New Jersey, and Massachusetts.

The US initiated much early research in photovoltaics and concentrated solar energy and is among the top countries in the world in implementing the technology.

The country is also home to 4 of the 10 largest utility-scale PV power plants in the world as of 2017.

Japan has been one of the leading solar energy-producing countries since the late 1990s.

Besides being a global leader in solar power generation, Japan is also a leader in manufacturing the technologies required to build solar panels and are currently account for 45% of the PV cells in the world.

Also, the country aims to meet 10% of the total domestic energy demand by 2050.

For the past decade, Japan has been giving solar power the top priority and revising and their policies to reflect this change.

The government has also been providing support by offering subsidized installation costs, which have made solar panels more affordable and attractive to people.

Japan has a total of 30 solar power stations across the country and currently holds the record for constructing one of the largest solar power buildings in the world, named the “Solar Ark.”

The country is one of the leading manufacturers of solar panels and is among the top four countries with the most solar PV installed.

Japan’s total installed capacity is now said to be enough to supply 2.5% of the total domestic annual electricity demand.

Germany has been among the top solar energy generating countries for several years.

In 2004, Germany was one of the first countries to have reached the landmark of 1GW of cumulative installed photovoltaics (PV) capacity.

Earlier, the country was the leading solar energy producer before China surpassed it in 2015.

The solar companies in Germany have more than 27 PV power stations that can generate over 20 MW of electricity.

Also, the largest solar farms in the country can produce more than 100 MW.

Germany is also showing the way in producing and distributing residential solar power. More than 120,000 households in Germany is estimated to have solar units along with battery storage installed in their homes.

The widespread use of solar energy is mainly due to the reduced costs of solar PV systems and feed-in-tariff programs in the country.

Germany has set a target to source 80% of the country’s electricity from renewable sources by 2050.

Germany is among the top four nations in terms of installed PV solar capacity and number one in per capita installation of PV. The country installed 3 GW in 2018.

India has been one of the emerging countries in recent times when it comes to generating solar energy.

The country has the third-fastest growing solar power program after China and the US.

A solar energy forecast by Bridge to India shows that new installations in the country are likely to reach nearly 14 gigawatts (GW) in 2019.

Under the National Action Plan on Climate Change, the country has set a target to produce 20 GW by 2022. India has already surpassed that target by producing more than 20 GW of installed solar capacity in January 2018.

Earlier, on January 2015, the government announced an initiative to increase the solar capacity to 100 GW and total renewable energy capacity to 175 GW by 2022.

There have been several large grid-scale solar parks into operation, out of which some of them are among the world’s largest solar parks. For example, Kurnool Ultra Mega Solar Park has a capacity of 1,000 MW,

As of November 30, 2017, more than 142,000 solar pumps have been installed to irrigate the agricultural fields.

Schemes like this are helping farmers to move away from diesel-powered pumps and generating extra income by selling surplus power to the grid. It is one of the innovative ways to empower the rural population by addressing the water availability issue with solar energy.

In the past, Italy had fulfilled most of its energy requirements by importing from foreign countries. However, over the past decade, solar power production in the country has increased substantially.

In December 2012, nearly 100,000 people were employed in the solar industry in Italy, particularly in design and installation.

Later the use of solar panels increased mainly due to a government scheme that encouraged domestic solar energy production through a personal income tax deduction. The deduction was equal to a maximum of 50% of incurred expenses.

Currently, there are nearly 730,000 solar panels installed in the country.

In 2018, Italy’s solar power statistics shows that the installed capacity in the country went past the 20 GW milestone for the first time.

Due to the increasing success in the solar industry, the Italian Government has revised its targets for solar energy generation from 72 to 74 Terawatt-hour (TWh).

The UK has been another leading country in solar energy capacity in Europe. As of 2019, installed capacity was over 13GW.

Until 2010, solar power accounted for a small part of electricity production in the country,  and then it increased at a fast rate.

In recent years, usage of solar energy has increased at a fast rate due to reductions in the cost of PV panels, and for the Feed-in tariff (FIT) subsidy, which was introduced in April 2010.

In 2012, the government decided on a strategy to power 4 million homes across the UK by solar power within eight years. It will accumulate to 22,000 MW of installed solar power capacity by 2020.

There have been discussions that in 2019, the UK is likely to be the only country that will free of subsidy.

In 2018, nearly 2 million households in Australia installed rooftop solar panels. It means that one in every five households in the country currently has solar power to reduce their electricity bills.

If this rate of solar installations continues, Australia will reach 50% renewable capacity in 2025.

A report by Green Energy Markets shows that in the first three months of 2019, there have been a record number of solar installation in residential and commercial buildings. It is an increase of 46% during the same period in 2018.

Another report by the Clean Energy Regulator has revealed that Australia is about to install nearly 10,400MW of new renewable energy in 2019. It will comprise 7,200MW of large-scale renewables and 3,200MW of rooftop solar.

The solar power capacity is expected to continue expanding with a target of nearly 18-20 GW capacity to be installed by 2023.

France rolled out a complex incentive scheme that requires solar systems with a minimum capacity of 100 kW to participate in tenders, which did not work out very well.

Also, regulatory changes and plans to tender more capacities in 2018 did not any positive impact so far.

Despite the mentioned setbacks, France will continue to thrive as one of the leading nations in Europe in solar power capacity.

South Korea is one of the frontrunners in solar energy capacity in Asia. The country is also the eighth largest consumer of electricity in the world.

The Korean government has set a target of expanding renewable energy production from the current rate of 7% to 20% by 2030.

To achieve the renewable energy target, the Ministry of Trade, Industry, and Energy (MOTIE) has been tasked to identify measures and also formulate Korea’s 5th Renewable Energy Master Plan by 2019.

South Korea has also planned to build the largest solar park at Saemangeum, and transform it into the country’s renewable energy hub.

Closing Words: Who has the largest solar market?

Currently, the world is still dependent heavily on oil, coal, and natural gas for energy needs.  However, many corners of the plant are investing in solar energy looking at the future.

The top countries producing most solar energy that are listed in this post have realized early about the significance of sustainable energy. These countries have devised long-term strategies along with setting targets to produce solar energy.

These top countries based on their PV capacity not only have been generating and consuming substantial solar energy, but they are also consciously putting in the effort to reduce carbon emissions.

In addition, investing in solar energy and its components have created a large number of green jobs within the countries, thus paving the way for an even brighter future in the energy industry.