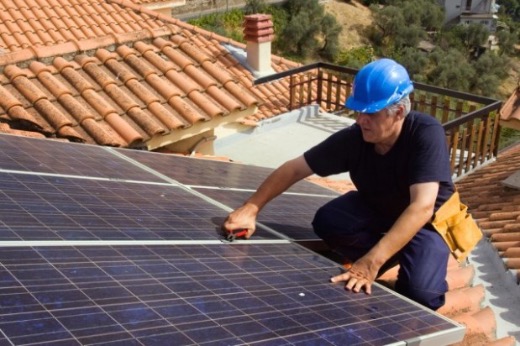 The price of utility-scale solar power is 59 percent below where analysts thought it would be at this point back in 2010.

That’s the word from a new report out of the Energy Department’s National Renewable Energy Laboratory (NREL) and Lawrence Berkeley National Laboratory (LBNL). Furthermore, between 2012 and 2013 alone, the price of a solar system your neighbor or your local businesses owner might install on their roof dropped 12 to 15 percent. And depending on where it’s located and the shape of the market, it could fall another 3 to 12 percent by the end of 2014.

Within the United States, the NREL and LBNL research found that the median price for a completed 10-kilowatt-or-less solar system — which is what generally gets put on residential homes and small commercial buildings — hit $4.69 per watt in 2013. For systems quoted in 2012 but expected to be installed in 2013, the median price went down to $3.71 per watt. That’s all compared to $5.30 per watt in 2012, according to work the LBNL did on this same topic last year.