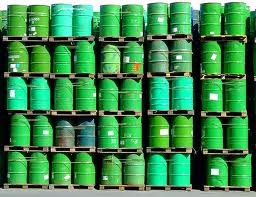 “Our children will enjoy in their homes electrical energy too cheap to meter,” predicted Lewis Strauss, Chair of the US Atomic Energy Commission in 1954. The fusion power that inspired his comment remains only experimental to this day, and the best guess is that commercial fusion generation facilities will not be online before 2050. An entire industry should not be condemned for the hubris of one person, but this particular industry has a long history of over-promising and under-delivering, whether the technology in question is fission, thermonuclear fusion, or cold fusion. Members of the public, and their elected representatives, would do well to take the claims of nuclear proponents with a grain of salt.

Comparing nuclear power to competing technologies such as fossil fuel-fired thermal generation and renewable generation is nightmarish. The reasons are the fundamentally different characteristics of cost of capital, initial capital outlay, demand risk, design risk, accident risk, externalities, and sheer project scale. Still, each of these factors can be broken down and quantified, and intrepid experts have done so. For simplicity’s sake I’ll stick to a qualitative comparison.

First, nuclear power is now and ever will remain a state-owned enterprise during construction, and will retain a heavy level of state support during operation and final decommissioning. The state has a different cost of capital than the private sector; it is meaningless to make a direct comparison between a project undertaken with public funds and one financed by the private sector.

A new nuclear power plant requires a massive amount of capital for initial construction, and that capital generates zero return until the build is complete. The timeframe of construction is long, and can have significant variances (more on this below). A project requiring a huge investment that sits idle for an unknown period of time before it produces the first dollar of revenue is a project that will send private investors running in the opposite direction. A new plant must be financed using taxpayer dollars, because the private sector won’t touch it.

Then there is the risk that electricity demand will shift dramatically during the course of construction. The longer the construction timeframe, the greater the risk that the facility will turn out to be too much or not enough. Of all energy generation technologies, nuclear has the longest timeframe between committing to the project and producing the first kilowatt. What’s more, the construction process is extremely sensitive to any mid-stream changes. If it becomes clear that demand predictions are off base, it is hugely expensive to change course partway along. The final construction cost of Canada’s Darlington Nuclear Generating Station was nearly double the original estimate, principally because two of the four reactors were postponed. It is almost better just to build according to the original plan come what may.

However, a damn-the-torpedoes approach may well be impossible. In addition to demand risk, there is also design risk. This the possibility that, partway through construction of the new facility, the government may be forced to respond to new public concerns. A major nuclear disaster like Chernobyl or Fukushima can lead to huge outcry, a significant tightening of standards, extensive design changes, and staggering cost increases. It is like trying to change a tire on a car that is still barrelling down the highway.

Once the plant is built and in production, there is the risk of catastrophic accident. No private company can secure the amount of insurance necessary to offset this risk. This means that the state must assume the role of insurer, with taxpayers paying the bill if something terrible happens.

Another consideration during plant operation is fuel. Uranium must be found, mined, processed, and transported. After it is used up, the spent fuel must be stored – more on that below. Like oil, uranium deposits tend to be found in countries with a nasty political climate. These countries have yet to band together to squeeze prices in the way that the OPEC nations have, but you can bet it will happen if industrialized nations make a significant new commitment to nuclear power. This will significantly increase operating costs for nuclear plants, and may necessitate military intervention to secure supplies in the same way that we have seen repeatedly with petroleum.

A final operational factor is responsiveness. Starting up and shutting down nuclear plants is very costly, not to mention potentially dangerous – it was experimentation with emergency shut-down procedures that led to the Chernobyl disaster. Hence, nuclear reactors are best left running even when demand isn’t there. This leads to the perverse situation where the utility actually pays its customers to consume power, to avoid having to dial back output from nuclear generators during off-peak periods.

No plant lasts forever. Once its usable life has ended, a nuclear plant must be decommissioned. The high level waste, such as spent fuel, is relatively small in quantity but astoundingly dangerous and remains so for thousands of years. Low-level waste, such as plant structural components and worker safety equipment, is less dangerous but there is a lot more of it. Plant operating companies are mandated to set aside a reserve fund to pay for storage of this waste for mind-boggling timeframes, but the evidence is that they are failing to do so. Once again, that cost will eventually fall on the taxpayer.

Let’s look at how each of these factors stack up for fossil fuels and renewables.

Fossil fuel-fired thermal plants require a much more modest capital outlay and have far shorter construction timeframes than nuclear, and the private sector finances these projects with enthusiasm. These projects rarely appear on the radar of the public at all, and if they do they can be re-jigged or delayed with comparatively minor costs (as was seen recently in Ontario, where construction of a natural gas plant was halted in response to public outcry).

Geothermal plants have a similar capital profile, so too large wind and solar farms. Wind projects can scale right down to a single turbine owned by a village co-operative and erected in a few weeks, while solar installations are within reach of an individual homeowner and can be built in a day or two. Wind has seen some public opposition in North America, but these issues have nowhere near the financial impact of delays and design changes in the nuclear sector. In any case, the costs are borne by the private developer and not the taxpayer.

Thus, thermal and renewable power do not require the implicit subsidy of long-term state financing. Further, the short construction timeframes and small project scale mean that projects can be initiated and completed in almost direct response to changing electricity demand, and the shifting winds of public opinion are rarely a consideration. Nuclear is a ponderous, clumsy, lumbering beast by comparison.

Fossil fuel plants and renewable generation facilities diverge where fuel, responsiveness, and decommissioning are concerned. The cost of fossil fuels is rising, with the notable but temporary exception of natural gas. The price of these fuels does not reflect their total cost, as the damage caused by respiratory disorders, acid rain, and global climate change is borne by the public at large rather than the consumer of the fuel. Fossil fuels – principally coal – are thought to be responsible for thousands of premature deaths annually, exacting a human toll far higher than anything that can be attributed to nuclear energy, even considering the effects of major nuclear accidents.

Fossil fuel plants have the most attractive characteristics of responsiveness. They can generally be fired up and shut down in real-time to address fluctuations in demand. Wind and solar, by comparison, provide power intermittently – when the wind blows or the sun shines. This means that large-scale integration of renewable energy must go hand-in-hand with deployment of energy storage technologies. Geothermal energy is the notable exception, which provides base load similar to that of nuclear without the exorbitant start-up and shut-down costs.

Finally, decommissioning of a clapped-out thermal power plant has modest costs. Some site remediation of local soil contamination is likely, but the risk is miniscule compared to the millennia-long liability of nuclear waste. Renewable energy systems can be decommissioned at near-zero cost and environmental impact.

From a risk perspective, nuclear is a bad bet. Fossil fuels are better, but my money is on renewable energy. So when the nuclear power industry makes the claim that it can solve the world’s energy problems, we have every right to be sceptical.