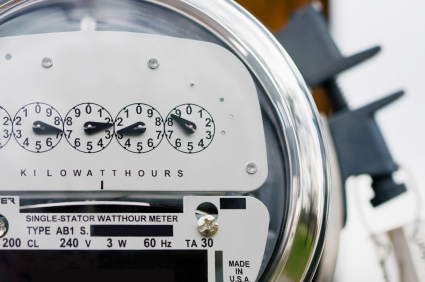 These days it’s about more than just being smart; it’s about creating a world that we would be proud to leave for future generations. As the conversation for smart grids continue to grow, we need to realize that more must be done. Smart grid technologies are a step in the right direction for environmental, financial, and security purposes, but we should focus on distributed generation and microgrids rather than large transmission upgrades.

In 2012, smart grid technologies generated over $33 Million in revenue. According to a study done byNavigant Research, this number has the potential to grow to almost $73 Billion in yearly revenue by 2021 and totalling $461 Billion in cumulative revenue from 2013 to the end of 2020. In addition, modernizing the grid and incorporated smart technologies could create as much as $2 Trillion in “consumer benefits” over the next 20 years, making this investment look like a no-brainer.

In 2013, global spending for grid modernization reached about $15 Billion, with China leading at $4.3 Billion and the US reaching $3.6 Billion. In fact, according to Bloomberg New Energy Finance, this was the first time the US has been outspent by China in the smart grid market.

Experts say that all of these technologies combined improve grid reliability, efficiency and IT capabilities.

However, something just isn’t adding up. It makes sense to invest in smart metering, distribution automation (adjusting defects and voltage levels in the system automatically), and IT operations technology, but right now might not be the best time for investing in transmission upgrades.

Yes, research shows that this is the greatest potential revenue stream from smart grid technologies, but much of these technologies will go toward upgrading our current grid structure. There are other changes that should be prioritized such as microgrids and distributed generation.

Smart grid technologies alone won’t reach the reliability needs that our nation is discussing; we need to combine smart grid technology with microgrids and distributed/community generated clean energy. Not only does this move reduce reliance on fossil fuels, improve our grid reliability, and protect our planet for future generations, but it also is another potential investment revenue stream.

According to another report from Navigant Research, microgrids could become a $40 Billion a year business by 2020. We need to change the way the electricity game is played rather than just tweaking the rules. When an entity such as University of California San Diego can save $850,000 A MONTH by self-generating electricity and using their own microgrid, it makes perfect sense that this industry will take off.

Companies are taking note of this potential investment opportunity, as well as looking at it as a way to help improve the way of life in many underdeveloped countries. General Electric (GE) recently launched a new Distributed Power business sector and pledged to invest $1.4 Billion over only 4 years to help meet the world’s needs of on-site generated electricity, another example of the progress of distributed generation. By combining distributed generation with smart and microgrid technologies, we can visualize making a reliable and interconnected globe possible with 100% renewable energy.

If transmission upgrades are the way to go for our current grid structure, it would then be an intelligent move to reinvest the revenue generated from these technologies into microgrids and distributed generation. It must be recognized that smart grid technologies alone will not solve our problems and reach our national energy goals. Only a well-crafted combination of smart grid technology, microgrids, and distributed generation will ensure a meaningful transition to a stable grid and 100% clean energy.

John Steller is a recent Master’s graduate in Climate Science and Solutions from Northern Arizona University. During his time at NAU, John worked on climate change communication and greenhouse gas inventory projects for the University and Flagstaff community. Prior to his graduate education, he received his undergraduate degree in Environmental Geology from Murray State University. John enjoys trivia nights, baseball, and his never ending pursuit for the world’s best orange cream milkshake.