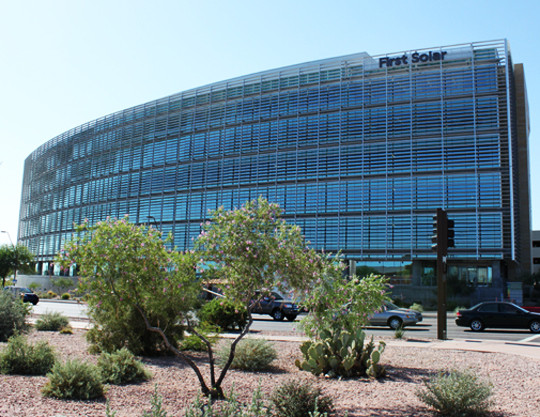 First Solar Inc.’s fourth quarter 2011 earnings release this week showed that the company is continuing its focus on regrouping then moving forward with a business plan that looks to non-subsidized markets to expand.

That may be a good thing, because it announced results shortly after German Ministers announced plans that would sharply reduce solar incentives there—Germany has been among First Solar’s largest customers.

Meanwhile the company’s fourth quarter results were negative and significantly less than previously expected, partly because the company spent more than anticipated on warranted module replacements. But the news wasn’t enough to shake at least one investor off the company’s stock.

First Solar took some significant hits in the fourth quarter.

“Operating expenses were up $467 million quarter-over-quarter to $623.4 million,” said CFO Mark Widmar, during the conference earnings call. “The primary reason for the increase was a series of charges that we considered nonrecurring, namely a $393.4 million goodwill impairment; a $31.8 million in lost power compensation related to the manufacturing excursion and $60.4 million of restructuring charges, which consisted of $53.6 million for asset impairment and associated decommissioning and $6.8 million in severance.”

Without accounting for those items, earnings per share for the company’s quarter would have been $1.26 and full-year earnings of $6.01 per share.

A substantial portion of the losses were attributed to warranty claims, according to CEO Michael Ahearn. However, he said the claims were largely settled, and the issue had been resolved.

Moving forward the company is focusing on markets without subsidies and building large-scale turnkey systems.

“Our intent is to design, build, construct and operate large PV systems. So we’re not intending, as we move into the future, to sell modules as a discrete component. We think our competitive advantage derives partly from the module, but principally from the ability to design and install turnkey systems that are engineered for costs and reliability,” Ahearn said.

The company also will provide operations and maintenance for such plants as part of its competitive advantage.

“It’s also needed to open new markets and to move large volumes of systems,” he said.

“Its EPS guidance for ’12 is unchanged. Investors may expect further misses, lacking confidence in the company’s capability in guiding lumpy project business. We continue to recommend staying on the sidelines, and believe that risk/reward is balanced at current levels,” he wrote in a research note.

Jefferies maintained its hold status on the company at $38.00 per share.

Previous ArticleElectricity Infrastructure 2.0Next ArticleWill the Solar Flare Cause Blackouts?