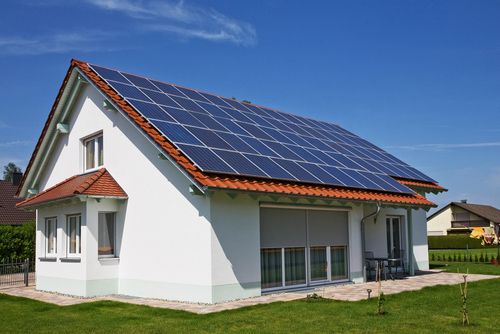 Rooftop solar is a money-maker for homeowners, now more than ever. As a result not only of steadily dropping prices for solar systems, but also of an increase in government incentives for installing rooftop solar panels (not to mention the rising cost of utilities), homeowners in more than one-quarter of U.S. states can now achieve a rate of return that surpasses that of investing in the S&P 500 stock index.

And perhaps surprisingly, quantity of sunlight doesn’t necessarily equal quality of return on investment — some states that don’t receive bountiful sunlight offer an even better investment than those in the Sun Belt.

Those are the top-level findings of a new, quarterly ranking of state incentives and solar energy costs from Geostellar. The Geostellar Solar Index combines the cost of solar energy, the rates for conventional electricity, and tax credits, rebates and other incentives offered in each state to measure the Internal Rate of Return (IRR) each year from an investment in a rooftop solar system.

The Index rankings for the third quarter of 2013 put Hawaii out in first place with a 24 percent IRR — no surprise there — but D.C., New York and Connecticut take the next three spots, pushing further down the list states that are more sun-drenched (and rich in solar systems): Colorado, New Mexico and California are the only western states to make the top 10, and to beat the S&P 500’s 9.9 percent IRR, which is Geostellar’s benchmark for a solid investment.

That’s right: If you live in Mississippi, it will actually cost you .1 percent more every year to install a solar system than it would to stuff your money under the mattress.

Aside from the sad case of the Magnolia State (and five other states that offer a 0 percent IRR), the Geostellar Index shows just how big a difference state-level incentives can make.

“In much of the country, the Geostellar Solar Index shows that homeowners can actually generate more wealth with solar panels than stocks, bonds, CDs or other investments,” David Levine, founder and CEO of Geostellar, said in a statement. “The index’s findings show residential solar power is not only viable, it’s a wise investment.”

Below is the full Geostellar Solar Index for Q3 2013.